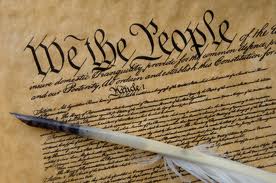 So what did you do for Constitution Day?

Me? I served on jury duty. (I'd like to pretend I arranged it that way for the purposes of riding a high horse for this blog post, but I must give credit for the coincidence to whatever or whoever oversees such things.)

Nevertheless, being a journalist I was pretty much guaranteed not to be picked as a juror and once I told the judge that I had indeed investigated civil claims as part of my job, it was pretty much a foregone conclusion that I would not be a juror in a civil case about a car crash -- another circumstance about which I have written so many articles that it no doubt disqualified me from being considered impartial.

Two-hundred and twenty five years (and one day) ago, 39 men signed what would become the framework of the world's longest lasting Republic.(We won't count the democratic monarchies for our purposes here today.)

National Constitution Day does not work up the kind of patriotic fervor that say Independence Day or Veteran's Day does. Maybe that's because there is no war involved and instead of being about fighting, it's about agreeing.

Constitution Day should recognize one thing that sadly has become positively un-American -- compromise.

When did meeting in the middle become anathema to America?

On the way home from jury duty, I was listening to an NPR report about the "fiscal cliff," the next financial crisis we may all face because rather than compromise and reach a budget deal over the debt ceiling last year, members of Congress kicked the can down the road and set a new deadline by which they would do their jobs.

Missing the deadline means we "fall off the fiscal cliff." I am loathe to explain the particulars here due to the likelihood of error contained in the explanation, but rest assured that anything that involves falling off a cliff is rarely good news.

Despite this grave danger to the economy both sides say they want to save, they're going to put off this important work, apparently, because they want to keep their jobs rather than do them, Congress is headed home to ask for your vote and have pushed off the tough decisions until after the November election.

Remember, they just came off a five-week break in August during which they got in touch with their constituents by cutting ribbons and sending you mass mailings and me press releases about what a good job they're doing.

They've got their work cut out for them. Approval ratings are hovering around 13 percent.

This will leave the the matter of whether the nation goes fiscal cliff-diving up to a lame-duck Congress which will either be bitterly licking its wounds or patting itself on the back, causing the word "mandate" to fall out of their mouth at every turn.

That leaves the current Congress four months to reach one fiscal agreement for what is likely to be one year. Let's remember that that's how long it took to reach agreement on the entire Constitution!

While the debates 225 years ago were no less spirited, and certainly the issues were just as important that September in Philadelphia, one characteristic existed within those men that allowed them to make this country, something whose absence now may break this country -- a willingness to compromise.

In American politics, "compromise" it is now a synonym for "weakness."

At the founding of our country, however, it was our strength.

Alexander Hamilton arrived in Philadelphia with visions of a president for life and a unicameral legislature.

James Madison arrived hoping to curb the un-checked idiocy of state legislatures left to their own devices (a problem with which we ruefully remain cursed).

George Washington arrived hoping to maintain his stature as the first among prominent Americans.

Most of the others who arrived, thought they would be tinkering around the edges of the Articles of Confederation, as they had tried to do months before in Annapolis.

Everyone got some of what they wanted, but not everything.

Instead, what emerged was a new framework of government that continues to operate, however clumsily, to this day.

It remains a wonder but, like all things older than the present, it could not predict all things to come.

It could not predict abortions or automatic weapons; super highways or super-PACs; global warming or the global economy.

And so it has remained, what we call, perhaps with a dab of hope, "a living document," something that can adapt to the changing times.

And we have never stopped trying.

At only 4,543 words, the original, un-amended Constitution is one of the world's shorter guiding documents.

But members of Congress have, in their wisdom over the ensuing years, proposed more than 11,000 amendments to make it better, everything from banning flag burning, to banning gay marriage.

It is perhaps a testament to what the framers could foresee -- the callowness of politicians -- that they made the process of amending the Constitution so onerous, that only 27 of those proposals have become amendments.

It speaks, perhaps, to one of the primary reasons the Constitution was necessary; because the founders' belief that elevated men could be counted upon to put their own interests aside for the good of the greater polity turned out to be a little pie in the sky.

The painfully divergent paths that state legislatures undertook under the leadership of less than scrupulous men, soon threatened to tear the country apart.

There was no single currency, no single entity to negotiate treaties, tariffs or taxes and a sense of every state for itself. 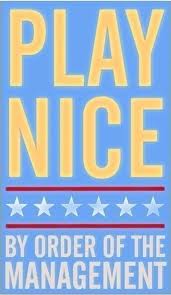 And so the founders gave way to the framers. The foundation for freedom had been built on high-flying philosophy, due largely to the rhetorical skill and extensive reading habits of one Thomas Jefferson.

But Jefferson and Adams, the two who could most take credit for the Declaration's tone and contents, were both overseas when the Constitutional Convention convened.

Although no less brilliant, the men who crafted the Constitution had, I think, the harder job.

It's is easier to rally people against something, in the first case English colonyhood, particularly to fight against oppression; than it is to get them to rally for something, particularly something that is destined to contain elements they don't like.

Winning wars is for heroes. Cleaning up afterward and trying to have everyone get along fairly is a job for grown-ups.

Soaring phrases about freedom are good for starting and winning wars, but they won't run a country. A system had to be set up, practical matters had to be worked out and the experiment that Enlightenment thinking had been working decades to undertake was finally at hand.

It was a typically muddle American event, with some crucial questions, like slavery, put off until later. And maybe that's where the tradition of kicking the can down the road started.

But the consequences of that failure to find a middle ground came roaring back to us in the form of the Civil War.

We're 225 now. Perhaps its time we acted our age, started learning from history and started to listen to each other enough to find common ground and move the country forward.

Otherwise, we may be the generation which oversees the failure of that ongoing experiment.

(If you have the day off today, you can see six rare original drafts and copies of the Constitution at the Historical Society of Pennsylvania at 1300 Locust St. in Center City from 11:30 a.m. to 4:30 p.m. on Tuesday, Sept. 18. Admission is free.)

(Also Click here for a link to the U.S. Constitution Center just down the road in Philadelphia to learn more about our Constitution. Maybe I'll see you there.)