There's Something in the Air 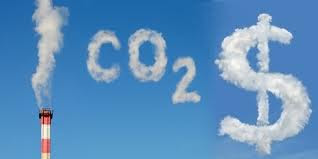 Two things that happened in the cyberspace that is connected to The Mercury got me thinking yesterday.

(Yes, I know EVERYTHING is connected on the Internet, but I'm referring to the things directly connected.) 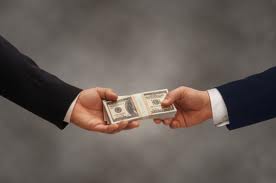 The first is that people commented on yesterday's blog post in this here Digital Notebook, which many of you know lives in The Mercury's Town Square blogging community.


And both comments observed that one reason Congress can never agree on anything is because of how much money is contributed to their campaigns by special interest groups.

The second thing that happened was I was admiring the Pinterest board the freight train we call police reporter Brandie Kessler has populated for the region's "Most Wanted" and how effective it has become and helping people help police to catch those who need to be caught.

How do these things come together? Why in my Mercury e-mail in-box of course.

Because that's where a press release from the Natural Resources Defense Council Action Fund landed.

They are affiliated with the same folks who went to court to insist, gasp, that the long-term storage of spent nuclear fuel at the Limerick nuclear generating station just might have a long-term environmental impact. 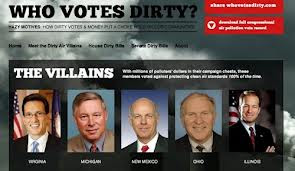 What brought all these things together is that the folks at NRDC took a look at information gathered by Open Secrets and matched it up with the voting records of members of Congress, specifically how they voted on environmental issues.

And what they come up with uses the same mechanism as the Pinterest board and highlights how money affects politics. It's kismet I tell you!

And amid 193 House members and 39 Senators rated as "Dirty Air Villains" are a few local faces.

Before we get to that, the NRDC analysis came across some interesting trends. It found that House members who took more than $100,000 in career "polluter campaign contributions voted against clean air laws nearly twice as many times as those who accepted less than $100,000 from dirty industries."

"In the Senate, members taking more than $500,000 in career career polluter campaign contributions voted against clean air laws three times as often as those taking less, on average," NRDC proclaimed.

And of the 292 NRDC identifies as "Dirty Air Villains," 73 of them represent people living in cities and towns rated by the American Lung Association to be among the 25 most-polluted metro areas in the United States for air pollution.

(I wrote about our ranking -- 10th -- in this post back in April; and last month I wrote in this blog post about how Pennsylvania ranks third for breathing air pollution specifically from coal-fire power plants; and on Sept. 2, I wrote about a recent court decision that torpedoed the EPA's attempt to get a handle on that power plant pollution.)

So enough background, on to the "villains:"


(In fact, the analysis is based on 13 "major clean air vlotes in the House and four in the Senate. Members who voted against all 13 are designated "Dirty Air Villains" by the group. All four of the area Congressmen listed on the list cast the same 13 votes.)

2. The second rank, in terms of contributions accepted, belongs to U.S. Rep Joe Pitts, R-16th Dist., who has accepted $243,498 in career campaign contributions.

3. Michael Fitzpatrick, R-8th Dist., holds the number three spot, coming in at $144,542 in contributions from polluting industries. His district is essentially all of Bucks County and a tiny little part of Montgomery County that includes Willow Grove.

4. Last but not least is Patrick Meehan, R-7th Dist., who has to date collected $109,900 on campaign contributions from polluting industries. His district includes Royersford, parts of Upper Providence, Audubon and Eagleville.

In addition to the rankings I provided, NRDC reports that the greater Philadelphia area, which includes all but Dent's district, also rank 16th worse for ozone pollution and 10th worst for year-round particulate pollution.