Spring-Ford Candidates Mix it Up During Meeting 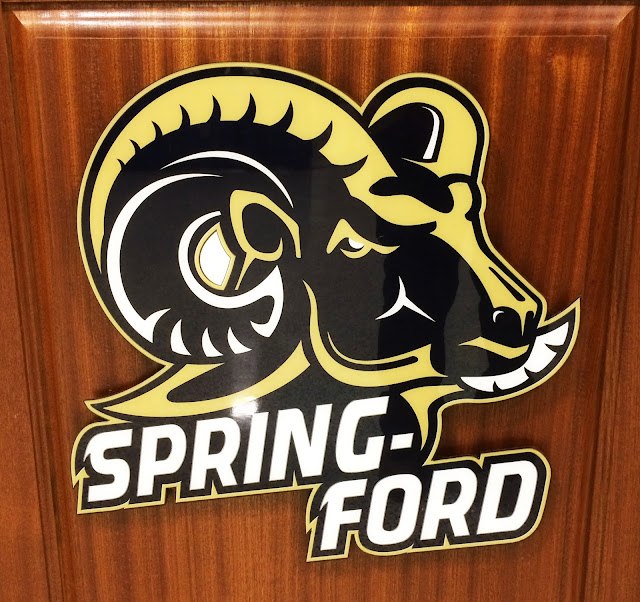 The audience of Monday night's Spring-Ford School Board meeting had the opportunity to hear four candidates running for the school board seat have their say.Three of them are running for two open seats in Region 3, which is comprised of the boroughs of Royersford, Spring City and a portion of Limerick Township.
The four candidates running are incumbent Tom DiBello, Abby Deardorff, Erica Hermans and Tom McMonigle. All but McMonigle had something to say Monday night.
To be fair, as a member of the board for 11 years, DiBello always has something to say. Monday night he was sure to mention, several times, a recent U.S. News & World Report article which ranked Spring-Ford as the 34th best high school in Pennsylvania.
He was also clear that the school district is one of the reasons that real estate in the district sells so quickly.

DiBello was the board member who, two weeks ago, made the motion to halt the district's search for a new superintendent and to begin negotiations with the acting superintendent, Robert Rizzo to take the job.
Hermans told the board Monday that she has an issue with that motion, calling it "careless."
Rizzo was hired in June 2019 as the district's assistant superintendent.

After his boss, former Superintendent David Goodin, announced in December that he was resigning to take a job in North Carolina, the board moved Rizzo to the position of "Acting Superintendent" in February.

In the wake of Goodin's departure, the school board had engaged the Montgomery County Intermediate Unit to undertake a search for a new superintendent.
Hermans had nothing but good things to say about Rizzo, but said the motion and vote last month, which did not appear on the agenda, denied the public an opportunity to come to the meeting to comment on that subject.
"The public looks at the agenda to decide if they want to attend the meeting," Hermans said. "Just because can do something, doesn't mean you should."
Prior to her comments, board member Clinton Jackson, who is unopposed for the Region 2 board seat  up for election in November, had noted that the board is empowered to make any motion it likes, at any time it likes.
After she spoke, Jackson further noted that "any other board member could have voted no; or tabled the vote. The fact that the vote was 8-1 says something. That is the direction that the board wanted to go."
That no vote came from board member Margaret Wright, who had also protested the sudden change of course two weeks ago, saying the public had been told a full superintendent search would be undertaken by the Montgomery County Intermediate Unit.
Once again, School Board President Colleen Zasowski defended the move Monday night, saying the board members had not been responding to intermediate unit queries about the search, and that it would be a waste of time and resources to conduct a search "to look for what we already have."
Wright noted wryly Monday that previously, the board has told the public that public comment "is not a back and forth, a member of the public stated her opinion and yet this is the issue you feel compelled to respond to."
Zasowski said board members often respond, answering questions when possible, to which Wright said Hermans "didn't ask a question, she expressed an opinion."
Two weeks ago, prior to the vote to begin the process of hiring him, Wright had apologized to Rizzo and said "I believe this is a political stunt and you are a pawn in this."
Judging by last night's back and forth, one might argue school board election politics has indeed crept into the matter.
Abby Deardorff, who is also running for a board seat in Region 3, also spoke to the board Monday night, responding to an earlier public complaint made by a resident who said he had been told a Black Lives Matter sticker was on a classroom door.
The resident said he had no comment on the organization, but believed it was inappropriate to have the sticker in school where students "should be learning about the Constitution."
Jackson said he agreed it did not belong there "any more than a Confederate flag does."
But Deardorff asked why the sticker would be deemed "inappropriate." As she was being told it was a legal matter, student board member Eshika Seth spoke up and cited a court case seeming to indicate the district could not ban forms of "protest."
"If you allow one, you have to allow them all," DiBello said.
Click here to read the Tweets from the last half of the meeting.
Posted by Evan Brandt at 12:00 AM