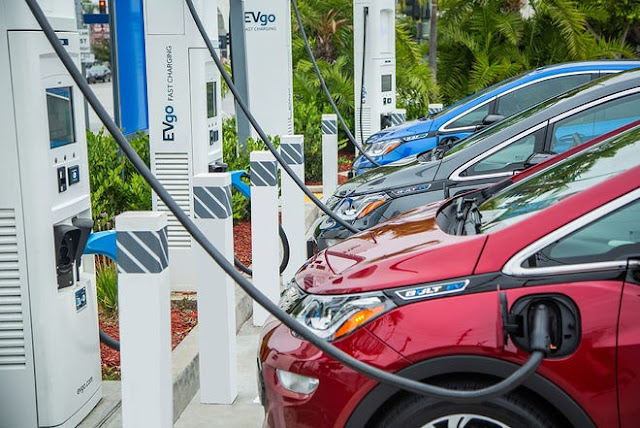 One of the issues (dare I say "infrastructure issues?) that has impeded the growth of electric vehicles is the lack of charging stations around the country in the same kind of availability as gas stations.

Most of those who have electric vehicles charge them at home.

But in more and more places, stations are being proposed at both commercial and public areas.

Earlier this month, the City of Phoenix, Ariz. announced a public private partnership to locate charging stations at public libraries and parks.

A day may come soon, when Limerick Township does the same thing.

The subject came up Tuesday at the township supervisors meeting when Township Manager Dan Kerr said a grant program might make the idea affordable for the township.

Those who use the station would have to pay the township for the electricity, he said.

But before spending any more time and effort on looking into it, Kerr said he wanted to gauge the interest of the board. Answer? They're interested.

"Electrics cars are not just for the elite anymore," said Supervisors Chair Kara Shuler. She said not only should the staff look into what would be involved in having the charging station, but that the township should start planning for others, like at public parks.

It was noted that there is now a charging station at the Philadelphia Premium outlets to attract shoppers who have electric vehicles.

Supervisor Ken Sperring and Patrick Morroney both commented on the fact that ford and General Motors are planning fully electric vehicles lines.

Last year, The Detroit Free Press reported that GM is looking to triple the number of "fast-charging" stations across the country in an effort to take some of the uncertainty out of buying electric.

The station Kerr outlined Tuesday would be a step down from that and charging the vehicle might take an hour. "But they could come to a meeting and their car would be all charged when they came out," he said.

The issue also spurred another question for Morroney, who wondered aloud if the township could have some electric vehicles of their own. "I don't mean for the police cars, but the codes vehicles. they're just driving around town after all," he said.

Kerr said the idea of a fleet of electric vehicles is a larger question. He said he would come back to the supervisors with more specifics about related issues like insurance and repairs.

Click here to read the Tweets from the meeting.