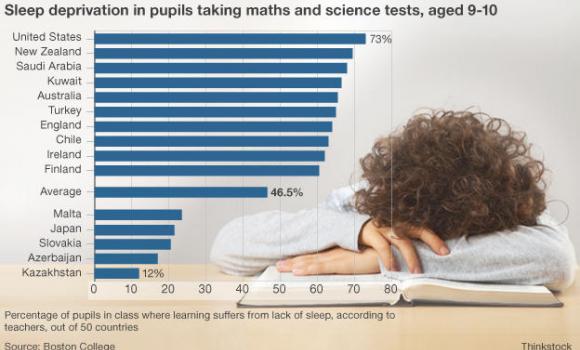 With Phoenixville changing its school start times and Owen J. Roberts taking another look, Spring-Ford is being urged to take similar steps.

But it will be an up-hill climb if the reception activists have received lately is any indication.

As she has at previous meetings, Kate Doyle, an Upper Providence resident and Evans Elementary School parent, again appeared before the board to urge it to agree to have Spring-Ford cooperate with a teen sleep study arranged through the Montgomery County Board of Health.

He said to get the amount of sleep the studies suggest, school would have to start at 9 a.m., which none of the handful of districts in the state that have changed their start times have done.

"I'm not turning this district down for 15 minutes," DiBello said.

At the Feb. 19 meeting, DiBello addressed Doyle by saying "he did not feel that the district needed a lot of fancy studies as he could get studies that would say anything he wanted them to say. Mr. DiBello indicated that he is hearing that a lot of parents in the Phoenixville School District are not happy with the change in school start times," according to the meeting minutes.

However, the minutes also indicate DiBello said "that he does not really buy into most of this but his position is that if we have 8,000 students and the majority of the parents want to change the start time then he is fine with changing the start time," according to the minutes of the Feb. 19 meeting.
Board member Edward Dressler has expressed interest in the subject and pointed out that all that was being asked was participation in a sleep study.

"We just want to look at this, I mean how much time did we spend looking at intramural athletics?" asked Dressler in reference to a lengthy discussion about baseball initiated by DiBello.

"It's free data. Why are you opposed?" asked board member Kelly Spletzer.

But opposition came from several corners. Board member Clinton Jackson asked Doyle how many of
Pennsylvania's 500 school districts have moved to later start times, and she said about 15 but many more are in process.

Among them is Radnor School District, which has conducted the sleep study Doyle is advocating for and is expected to release the results this week. Also looking into is is Springfield School District, she said.

Parker Sheehan, a ninth grade student, honor roll student and member of the color guard, said "she loves Spring-Ford but she is exhausted and so are all of her friends," according to the Feb. 19 minutes. "Ms. Sheehan advised that she cannot fall asleep before 11 or 12 no matter what she does. She added that she does not have a phone or a television in her room. Ms. Sheehan stated that she wakes up at 6:00 a.m. and leaves for the bus stop at 6:45 a.m. She commented that even waking up one hour later for practices on Saturday makes a huge difference as she has so much more energy and feels so much more better."

But student board member Nandini Patel said at the same meeting that she and Julianna took the initiative to talk to some other high schoolers and middle schoolers. "She indicated that they found that although the students are tired in the morning the delayed start would push back the after-school activities which would impact homework time so either way they will be going to bed later. Nandini stated that the majority of the students she asked want to keep the start times where they are as it is not too early or too late," according to the minutes.

Solicitor Mark Fitzgerald said a long-established district policy does not allow surveys by outside agencies to be taken, but Doyle said the county would work with the district to ensure it is something the school board feels comfortable distributing.

DiBello said he is not sure the district should go to the trouble given "we don't even know its a problem."

But Doyle said the evidence is building.

The board adopted most of its agenda last night in a series of unanimous votes and within those votes was agreement to spend $740,000.

But while the vote to spend that money came quickly, the decision to spend it did not explained Erin Crew, Spring-Ford's Director of Communications, Marketing and Media.

The larger portion of the expenditure, $460,000, is for new math curriculum materials, and new health and physical education curriculum, all of which was only adopted after much study and consideration.

As for the other $280,000, that was for the purchase of 700 laptop computers that will be put into the hands of the incoming freshman class. And the following year, the next incoming class of freshman will receive laptops, as will the junior class.

Crew explained that unlike other districts, Spring-Ford took a slow approach to incorporating such technology into the classroom, taking five years to first get the computers into teachers hands, to ensure they were trained and had incorporated them into their work.

Students could use the laptops in class, but not take them home, she said, at least until next year.

Spring-Ford Resists Sleep Study
Posted by Evan Brandt at 12:00 AM