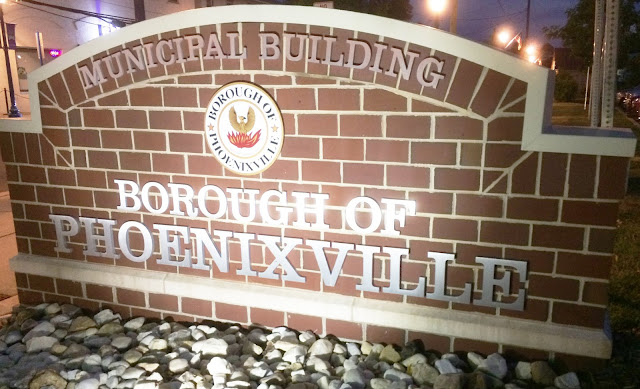 Borough Manager E. Jean Krack said the tax hike will cost the owners of a property assessed at the borough average of $100,075 an additional $22 in 2019.

When the draft budget was first presented to council in November, it called for a 6.5 percent tax hike and a millage rate of 6.27.

However Krack said since then the borough received "really very good rates from our insurance company, for liability, health and workers compo. Unfortunately, those numbers usually don't come in until late, so we had estimated them conservatively."

Other changes included an increase in some revenue projections as well as a $17 million increase in the overall assessed value of property in Phoenixville.

That increase will raise the $171,067 to close the gap between budgeted revenues and expenditures, Krack said.

Krack said other funds such as parking, water and sewer are self-sustaining and paid by users.

None of the rates for those services will increase in 2019.

However, trash rates will go up by $4 per quarter due mostly to the borough's success with recycling.

He said the recycling market has softened since other countries stopped taking U.S. recycled materials and, as a result, it now costs more to dispose of.

No one spoke out at the meeting, either the public or members of council, prior to the vote on either the budget or the tax ordinance.

In other business, borough council also passed a resolution honoring the 20th anniversary of the Phoenixville Community Health Foundation.

According to the resolution, it began in 1998 with the merger of the University of Pennsylvania Health System and an endowment of $30 million.

Since it's inception, "the foundation has given, and this number is staggering, $37 million back to the community in grants, including numerous grants to assist the borough with revitalization," said Council President James Kovaleski.

Here is video of the entire resolution being read:

Louis Beccaria, the executive director of the health foundation, also happens to be the chairman of
the borough's Beautification Advisory Board.

Tuesday night, he gave out the beautification awards in three categories.

In the Community Category, the award went to Parkside United Church of Christ and was accepted by the Rev. Russell Mitman and Jen Dixon.

In the Commercial Category, the award went to Root Down Brewing Company and was accepted by Michael Hamara, co-owner.

In the Residential Category, the award was presented to Mr. and Mrs. Bill Evans.


Council also approved the purchase of playground equipment for the "All Abilities Playground" planned for Reeves Park.

Krack said for more than a year, the borough has worked with civic groups and the community, obtaining grants and donations for the planned playground.

In fact just last month, the borough accepted a $2,500 prize check from Dallas Data Systems, Inc. for the park after it was named being the winner of the company's 2018 Commitment to Community Contest.

Krack said the borough will save money by buying the equipment now and getting end-of-year-pricing and the vendor will hold the equipment until spring when it can be installed.

3.8% Tax Hike Approved for Phoenixville
Posted by Evan Brandt at 12:00 AM