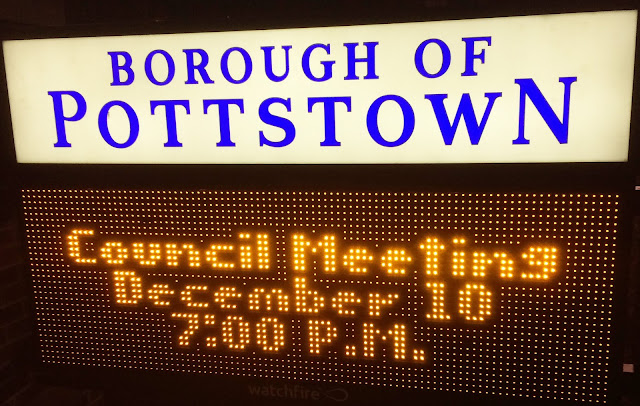 Arguably, the single most important thing local government does is pass a budget every year.

No one showed up to complain.

In fact, hardly anyone on council said a word, with the exception of Councilman Joseph Kirkland.

Some readers may remember that last year, when the budget was passed by a 4-3 vote and the tax hike that loomed was above 18 percent, it was Kirkland who complained loudest that serious cost-cutting measures needed to be made.

He was the one who made the motion for a budget that raised taxes by 12 percent.

Because 2017 was a local election year, the borough code allowed the budget to be re-opened and changed in 2018 and Kirkland was appointed to head up an ad hoc commission to look for ways to cut costs and lower the tax hike.

But when the February deadline came around, the commission had no cuts, or savings to offer and the tax hike and budget remained intact.

Nevertheless, the ad hoc commission remained in place through out the year, so it could implement some of its ideas in time for the 2019 budget.

But it produced no savings that were ever presented to council.

If it produced anything and it was incorporated into the 2019 budget plan, it remained a secret. In fact, Kirkland reported last week the ad hoc committee did not even meet this month -- the month the budget is adopted.

It should be noted that the budget adopted last night calls for spending $49,986,179, which is $4.4 million less than the $54.4 million 2018 budget. That's some tricky math when you consider that Justin Keller said last week that while spending is down, it was a $1 million pension obligation and several tax refunds of several hundred thousand dollars which drove much of the tax hike.

Speaking of E-Consult, the firm hired under the state's Early Intervention Program to do what borough officials apparently cannot -- keep taxes sustainable -- will not deliver its report or suggestions in time to change the tax hike just adopted.

And after a budget process, which included little public discussion of the staff's conclusion that all that could be done to keep taxes down had been done, it received unanimous support from council.

But not before Kirkland decided to lecture council that some difficult choices need to be made in the budget process, perhaps including staff cuts.

Too little too late Joe.

(Oh, and just in case your forgot, in October the Pottstown Borough Authority voted to raise water rates by 5 percent a year for the next three years. So in addition to the $92.65 more the average property will pay in property taxes in 2019, the average water user will pay an additional $26.88 in water costs, for a grand total of $119.53)

Here are the Tweets from the meeting:

Tax Hike Budget Sails Through
Posted by Evan Brandt at 12:00 AM