Voter ID Law is a Solution in Search of a Problem 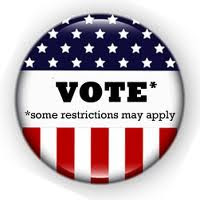 Let's say the real reason for the Republican Pennsylvania State Legislature and Gov. Corbett to enact a voter ID law is to prevent fraud.

At least that was the reason they gave.

It must be pretty bad.

I'd like to have a look. Can anyone show me where it is? Where did it happen in large numbers? Where is this problem we're solving?

The most recent answer to that question came under President George W. Bush, when the U.S. Justice Department conducted a five-year probe of voter fraud, ending in 2007.

Meanwhile, a recent Associated Press reports that 758,939 registered Pennsylvania voters do not have the most easily obtained and widely used photo ID, a state driver's license and so, may be unable to vote.

In Montgomery County, it is estimated that almost 45,000 voters do not have identification that meets the law’s requirement.

When debating the measure, Republicans in Harrisburg assured worried voters that the law would hardly affect anybody who is already registered.

But the Associated Press report indicates the law could disenfranchise 9.2 percent of the electorate.

Even by Harrisburg math standards, that seems a bit inefficient; unless of course you don't see disenfranchising more than three-quarters of a million registered voters from exercising their civil rights as a problem.

Oddly, real problems in Pennsylvania can't seem to get the time of day in the Legislature.

Consider our lopsided property tax system, or our crumbing infrastructure -- problems which the Pennsylvania Legislature's constituents actually want them to solve. They remain, as they have for decades, languishing in legislative lala land while the GOP rushes to solve a problem whose existence cannot be demonstrated.

Hmm, so if there really isn't a problem, what other reason could there be to pass such a law?

Prepare yourselves, gentle reader, but the answer might just be ... Dare I say it? Dare we think it? ... yup, politics. More specifically, presidential politics.

Despite the fact that Pennsylvania has not voted for a Republican presidential candidate since 1992, passing a law that makes it harder for people without cars (poor), who live in cities (blacks) to cast their vote might finally accomplish by fiat what they could not accomplish fair and square.

Pardon my cynicism, but it found great foundation when Mike Turzai, the majority leader of the House of Representatives in Harrisburg opened his mouth and removed all doubt.

Speaking to a friendly crowd recently, Turzai began ticking off a list of the year's accomplishments by the GOP-controlled Legislature and Governor's mansion.

When he got around to the afore-mentioned law, Turzai said: "Voter ID, which is going to allow Governor Romney to win the state of Pennsylvania – done."

(For those of you who don't have television, Gov. Romney is the de-facto Republican nominee for president.) 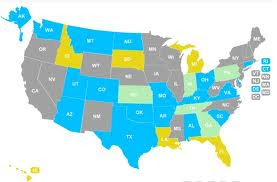 If it were just Pennsylvania, it would be pretty bad. But it's worse than pretty bad.

This is part of a nation-wide effort by Republicans to restrict access to the ballot box.


"This year, legislation is pending in 32 states so far," according to the National Conference of State Legislatures.

The NCSL has rated Pennsylvania's new law as one of the strictest.

According to National Public Radio, 11 state legislatures over the past two years have enacted some kind of voter ID law. Thirty-one states now require voters to show identification at the polls.

And in Texas, where right-wing extremism goes when it needs a hug, the new law now being challenged would not allow Social Security, Medicaid, or student ID cards as adequate identification to exercise your rights.

However, as might be expected from the state that calls the Constitution "the law that lets us carry guns and all that other stuff," gun licenses are enough identification to identify you as someone the Texas Legislature wants in the voting booth.

Now I would be remiss if I did not make mention of an Associated Press story in yesterday's Mercury which highlighted voter registration forms sent by a non-profit, non-partisan organization to people who had died, or for pets, some of whom had also died.

The group, once called Women's Voices: Women Vote and now going by the inexcusable name of Voter Participation Center, says it is trying to increase participation among minorities, unmarried women and people under the age of 30 -- all people who should obviously be denied the right to vote.

This undeniably hilarious incident, no doubt, serves as fodder for those who say such "fraud" is rampant and tout photo ID laws as a way to keep those improperly registered, from voting fraudulently.

But again, while the anecdote is alluring and a great newspaper story, the numbers behind it are small.

Katie Blinn, a co-director of elections in Washington state, told AP they have heard about a “handful” of pet-related forms in the state of the past few weeks. Once again, it proposes solving an ant-sized issue with a bazooka.

Personally, I have enough faith in the judgment of the nation's poll workers -- true patriots who work for pennies to ensure the functioning of our democracy's single most critical function --  to believe they would deny poll access to a corpse or "Scampers" the dog, who was apparently offered the chance to register in Virginia.

A conservative friend of mine (yes, I have them) who likes to debate these things with me on Facebook raised what I thought was a pretty valid point.

He said something like, you have to show ID to get Welfare payments, and Medicaid, cash a check or buy cigarettes or liquor. Why not voting?"

My response is that those things are benefits that involve public money, or privileges not enshrined in the Constitution. You should have to prove you are the person who is supposed to get that benefit and buying booze is not a right, just a pleasant privilege.

Voting is a civil right right folks, not a political strategy.

Do you need to show an ID to be speak in a public place, or publish a newspaper?

Do you need to show an ID before you can exercise your right not to be discriminated against? (Hmm, OK bad example because, ironically, with these laws in place the answer to that is "yes.")

And yes, you do mostly need to show an ID to buy a gun, but, to my knowledge, no one has ever used a ballot to kill someone, so we'll chalk that one up to common sense.

I couldn't improve on columnist Eugene Robinson's comment on the situation, so I'll just reproduce it here: "Not one case (in the Bush-era investigation) involved the only kind of fraud that voter ID could theoretically prevent: impersonation of a registered voter by someone else. Pennsylvania and other voter ID states have, in a sense, passed laws that will be highly effective in eradicating unicorns.

The law will, in all likelihood, be in place in November so the best thing to do is learn how to deal with it.

And that is what a non-partisan meeting July 26 is designed to do.

It will be held at the Science Center auditorium at the Montgomery County Community College in Blue Bell at 7 p.m.

The meeting will be facilitated by Ellen Kaplan, vice president and policy director of the Committee of Seventy, a non-partisan voter watchdog group.

“And this meeting is one of several steps we are taking to help ensure that the law, if upheld in court, does not prevent anyone who wants to vote from doing so.”

Richards said that while there are strong feelings in favor of and against the new law, the purpose of this meeting is not to provide a venue for people to “trumpet its benefits or vent their displeasure,” but rather to hold a “constructive, informative and helpful meeting where voters can objectively learn about the provisions of the law, and how to obtain the forms of identification the law requires. Of course, if issues or problems with the law’s implementation are overlooked, we would certainly encourage members of the audience to bring that to our attention.”

Richards said that the county has created a “working group” of individuals from various constituencies with a wide range of talents, who are working diligently to identify issues with the new law and to “seek ways to make sure that everyone who wants to vote can.”

It should not take a college course to figure out how to vote. That's the kind of barrier erected by Jim Crow laws.