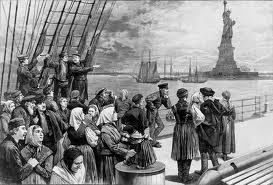 Blogger's Note: One nice thing about stealing your dad's blog posts is that chances are he will forgive you and even less that he'll sue.

Once again in the mad rush of mid-life and a 24-news cycle covered with diminishing resources, I have struggled to find the time to contemplate something worth saying on Independence Day, this despite my intense interest in that period of history.

The calendar is an unforgiving mistress and I despaired of coming across something, or thinking of something, before the fateful day.

Then, as he did on Memorial Day, my dad came through.

I suppose I could just link to his blog, "Completely Out of My Mind," which I just have on the left. I would suggest, in a completely biased and subjective way, that you should read his other posts. He is a wonderful writer and offers a perspective I haven't often come across in Pottstown.


But it's a holiday. You have a parade to watch, meat to grill and fireworks to see, so I've made it easy for you (and, admittedly, for me) by just pasting his post here for easy viewing.


It's one of life's ironies that those who appreciate liberty the most, are often those who have struggled in its pursuit, more so than those born beneath its blessings.

Think about Ivan the next time your knee jerks and you view immigration policy as a black and white issue. 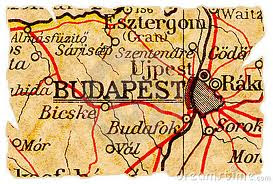 We were in Budapest, the last stop on our trip down the Danube, and we went to a small museum there devoted to the art of Southeast Asia. The collection had been put together by a Hungarian diplomat who had spent a large part of his life representing his country in Asia and had slowly accumulated pieces of mostly Buddhist and Hindu art, extraordinary pieces, many of them solid gold or silver, beautifully wrought, very powerful, and, with the Buddhist art, very serene. He had then given them to his country, to the world, by establishing this small museum, the size of a house, putting his name on it--Istvan Zelnick--and opening it seven days a week. It brought to mind many questions, but one prevailed: what is it like to look calmly on the wrack of the world, its tragedies, its messiness, its beauty, and not be touched by desire? Because that is the Buddhist ideal.

I wish I knew the answer; but wishing is useless. Truth is, I don't want much any more. Things, even books, don't interest me as much as they used to. All I really want is time--time to finish my work, or what I see as my work; time to write, to garden, to publish a few more poems, one or two more books of my own. Time, of course, is running out. But I am not even close to the Buddhist version of enlightenment.

We were almost alone in the museum; only one other couple was there. They were, I thought, a German couple. I overheard the man, who was elderly, speaking German to his wife. After we had finished looking at the exhibits we went outside to the tea garden in the back, ordered some iced tea--it turned out to be bottled, and made in America--Arizona tea--and sat by a waterfall. We took some pitcures. Then the husband of the other couple approached us and asked in English if we would like him to take our picture together. We would, he took it, and we got to talking. He was not German at all, but his wife was German--thus the overheard conversation. He was in fact Hungarian, they were in Hungary visiting relatives, but he was otherwise an American citizen and lived in Boston. Here is his story.

His name is Ivan and in 1956 he was a college student, three months away from getting his degree in engineering. Then came the Hungarian uprising, brutally crushed by the Soviets, but not before 160,000 people managed to escape the country. He was one of them. People fled to the Austrian border, bribed the Austrian border guards, and at night the Austrians lit bonfires in the woods so that the Hungarian refugees would run in the right direction, and not mistake it and wind up back in Hungary. Once in Austria he spent time in one of the refugee camps and from there applied to various countries to be taken in as an engineering student. Only Germany, he said, guaranteed him a scholarship; so he went to school again there, learned German (that took two years), married his German wife, and finally got his degree. By this time it was 1962. 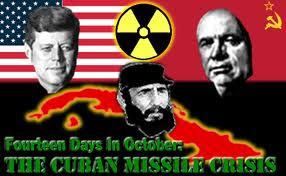 Fateful year. That was the year of the Cuban missile crisis, brinksmanship taken to the extreme, when all the world trembled on the verge of nuclear holocaust. In Europe, so used to warfare, to being fought over, it looked worse perhaps than it did in the United States, where we thought we were invulnerable. But to Ivan, who had lived under fascism, then under communism, whose life had been dominated by the Cold War, the prospect of yet more warfare was too much. He could not bear the idea of living under communist rule again. "And if I was going to die," he told us, "I wanted to die in America." He had a cousin in America willing to sponsor him and he told his wife, we'll give it a year. If we don't like it I promise you we'll come back.

Once again, then, he had to start over--learn English, particularly the technical English that engineers speak; find a job; try to make a new life for himself and his wife. His first job was as a draughtsman, inking in the drawings of other designers. After that he moved to Pitney-Bowes, designing postage meters. He had never heard of postage meters, he said, but he learned how, he became good at it, and he moved up and on to other, better jobs--in Connecticut, in Ohio, wherever fortune took him. Finally he wound up in Boston, working for himself, as a design consultant, and that's where he lives now. He's 80 years old.

But there was something about him that went beyond this man's successes. Another kind of serenity besides the Buddhist, and the most impressive thing about him. He had achieved that level of simplicity that marks people who know what the important things really are, people who have had to make terrible, fearful choices, who have risked their lives for those things, and struggled to achieve them. People like we Americans used to be, but no longer are.

At the end of his story he looked at us and named the thing he had given up so much to acquire. "I came to America," he said, "for one word: liberty."

We are celebrating July 4 here in Sag Harbor with fireworks tonight, celebrating life, liberty, and the pursuit of happiness. I'll be thinking about Ivan, and what he sacrificed to achieve these things. He didn't come here for money. He came for liberty, to be a free man. I would suggest that he knows better than most what that means, and what it costs.
Posted by Evan Brandt at 4:00 AM