Pottstown Borough Council met remotely Wednesday night for what may be one of the last times.

There were several semi-newsworthy subjects of discussion last night -- including the inevitable debate about keeping backyard chickens and a looming decision Monday on whether to extend permission for the Al's Heart homeless warming center to continue to operate in the former St. Aloysious School.

(For those who are here for more of that, click here to read the Tweets from the meeting.)

But I want to call attention here to a discussion that was bound to happen as the pandemic restrictions begin to wind down -- and which came up last night -- how long do we continue to hold remote public meetings?

The matter also was supposed to come to a head last night at the West Pottsgrove Commissioners meeting where, I was told, a large group of people intended to attend the meeting after the commissioners there announced they would no longer hold meetings remotely and would return to in-person meetings.

Given that COVID-19 restrictions are still in place, the de facto result of that decision, a decision made outside the realm of a public meeting by the way, was it would limit the number of people who could attend. 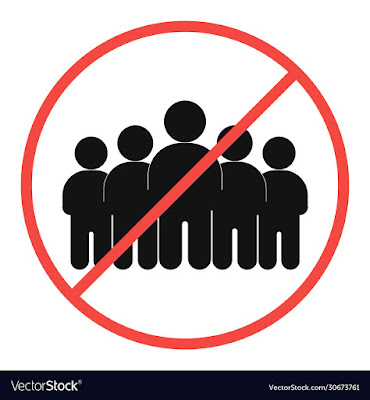 Given that West Pottsgrove has never exactly been tops in the posting public meeting agendas or livestreaming them department, the decision may have triggered some public suspicions during an unusual year when not only are Democrats running for the board, but there are Republican primary challenges of all three incumbents.

Whatever the reasons, or the results, its unlikely to put West Pottsgrove in the  public transparency hall of fame.

As regular readers of this blog (both of you) will recall, a similar dynamic unfolded last year which led to  Limerick Supervisor meetings being livestreamed.

Residents had to file a petition asking the supervisors to livestream the meetings before they finally relented, and then only after Supervisor Patrick Morroney started screaming, literally, about other board members not wearing masks.

No matter how beneficial it may have turned out to be, as Pottstown Borough Solicitor Chuck Garner explained during Wednesday night's meeting, Pennsylvania law requires public meetings to be held, in public and in person. The intent was good, to ensure decisions weren't being made behind closed doors, or over the telephone.

Only a law passed last year in Harrisburg allowed all these remote meetings to be held during the pandemic, so long as Gov. Tom Wolf's emergency declaration remains in place.

When the emergency declaration is lifted, "we'll have no option" and meetings will have to be in-person, "unless there is a law change," Garner said.
So until then, borough council is considering a "hybrid" model, in which those who want to come in person can, but those who "don't feel comfortable," can still participate remotely.
"The beauty of hybrid," said Garner, who is himself an elected supervisor in New Hanover Township, "is if folks don't want to come out, they can fully participate (remotely). You get the best of both worlds."
Which brings me to my point (finally!).
Why would you stop?
How many times have I sat in an near empty council meeting room, or the high school cafeteria, while those at the other end of the meeting table lament the public's apparent lack of interest in their own local government? 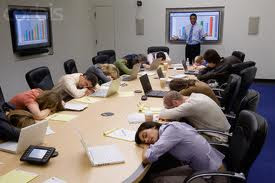 "People don't come to the meetings," they say.
Well guess what? When they can do it from the comfort of their homes; without hiring a babysitter; without having to go out in bad weather; they do come.
Consider the case of the Pottstown School Board, which spent several meetings a year or two ago debating the benefits of live-streaming its committee meetings after it started livestreaming its full board meetings.
The school board was among those whose members often lamented the public's lack of interest.
But once they started livestreaming, not only did they see taxpayers attending their committee meetings (COMMITTEE MEETINGS PEOPLE!) but they increased engagement with the public, with people asking questions in the chat function, and getting answers, without interrupting the meeting.
What's not to like?
Enter COVID-19 and we got remote meetings on steroids.
Granted, the subject of whether your kid is going back to school would attract the full attention of any parent. But can you honestly ignore the impact of hundreds, HUNDREDS, of people who participated in school board meetings across Southeastern Pennsylvania in the last eight months?
Sure, it took a worldwide pandemic, but you couldn't buy that kind of public participation in their own local government until they had no other choice, and a compelling reason to pay attention.
Even if boards have to return to in-person meetings because Harrisburg can't get its act together to allow otherwise (imagine that), I doubt there's anything that prevents our local governments from ALSO livestreaming their meetings in some remote form or another.
I urge them to do just that.
To abandon this very successful experiment in high-tech democracy, even when meetings return to in-person, would be a crime against transparency in our government.
Posted by Evan Brandt at 12:00 AM