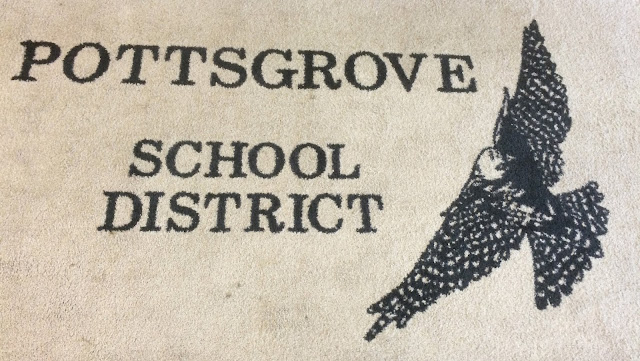 The Pottsgrove School Board plans to avoid a tax increase for the coming school year.

The board voted unanimously Thursday night to adopt a proposed final $68.7 million budget for the 2020-2021 school year that keeps taxes at the same millage as the current rate of 38.102 mills.

The state's tax cap would have allowed the board to raise taxes by 3.4 percent this year, but Pottsgrove taxes have been raised significantly less than the Act 1 index in recent years.

According to the budget document posted in last night's agenda, the preliminary budget estimates revenues coming in about the same level as two years ago.

The preliminary budget projects a revenue loss of $1.6 million.

But the Pennsylvania Association of School Business Officials recently released a report predicting severe revenue shortfalls for school districts across the Commonwealth as a result of the economic impacts of the coronavirus pandemic.

PASBO used two methods to come up with estimates and under each one, Pottsgrove could see between $2 million to $2.5 million less than the previous year's revenues.

According to the budget document being sent to Harrisburg, about $44 million of next year's revenues will come from local sources, $37.6 million of which is property taxes.

The state will kick in another $21.1 million and only $1.2 million from federal sources.

The district has a combined total reserve of $12.4 million, according to the budget document sent to Harrisburg.

By law, the board has until June 30 to adopt a final budget, and "there are hard choices yet to be made," said School Board President Robert Lindgren.

"But our goal, the decision we've reached jointly, is no tax increase," Lindgren said. "It's not an easy thing, but we're going to make the decisions its going to take to get there."

Not only will the board have to contend with tough budget decisions for the coming year, but also the possibility that revenues for the current year may drop off due to the pandemic's economic impacts on things like local earned income taxes that may dip due to job losses.

Lindgren said Business Manager David Nester reviewed the budget during a recent facilities and operations committee, "and there were lots of holes punched in the budget, lots of hard news, one thing after another."

Everything that might be positive in the budget, "was 'proposed,' 'maybe,' or 'possibly,' but everything that was on the other side of the equation was very real," Lindgen said.

Things like the regular rotation of school buses, replacing retiring teachers, hiring a new French teacher "are all put on hold for now," he said.

Nester told the board that while the district has little control over tax payments, it does have the ability to provide some flexibility for taxpayers.

Although most pay their property taxes through their mortgage and so, have a 12-month-payment plan, Nester said the district currently allows for property taxes to be paid in three installments on Aug. 15, Sept. 15 and Oct. 15 without penalty.

He said if the board wants, it can add a fourth installment payment and can also waive the 10 percent penalty currently imposed if taxes are not paid by Nov. 1. He suggested, taxpayers could be given up until Dec. 31 to pay their tax bill without penalty.

There might be some minor costs involved if the board votes to follow that advice at the next meeting in two weeks, Nester warned. The bills would need to be re-designed and tax collectors are paid based on "the number of bills issued," so adding another installment could increase those costs by 25 percent.

"I think it's a great idea to help the community," said school board member Patricia Grimm.
Posted by Evan Brandt at 12:00 AM