The school board pressed ahead Monday night with laying the groundwork for constructing a new elementary school.

The board hired Schrader Architects to undertake two projects for a total cost of $33,780.

The firm will conduct a feasibility study for construction of a new school at a cost of $19,512.

Board members Lori Broker, Ayisha Serno and David Golberg voted against the motion.

The feasibility study is likely a prelude to the construction of a new school on 29.5 acres at the intersection of Hares Hill Road and Route 724 in East Pikeland.

In November, the board voted to purchase the property for $3.5 million.

Eight years ago, the district's attempt to expand the existing East Pikeland Elementary School at 1191
Hares Hill Road was foiled by the township zoning board's refusal to grant the necessary variances after 17 months of hearings.

The school was closed in 2018 and is now for sale.

In a related matter, the board also voted to hire the Bellwoar Kelly law firm for consultation on an as-needed basis for real estate matters.

Schrader has an extensive history with Phoenixville schools, having worked on 15 projects over the past 10 years, including, most recently, the $40.8 million early learning center/Manovon Elementary School that opened in 2017.

According to a timeline presented to school officials on February, the feasibility study is scheduled to be complete by the end of July.

In opposing the move, Sereni argued doing this work during a time of extreme economic uncertainty is a bad move. However, her motion to delay the vote by a month failed.

"There are so many uncertainties. We currently have 26 million people unemployed. I'm all for moving forward, how much difference would it make if we waited a month?" she asked.

The firm will also undertake a district-wide "service life extension" study of all district facilities for $14,268.

The coronavirus-driven closure of school buildings "has put more of a focus on online learning and we may view resources in a very different way" in a short time," she said.

"This is exactly the time to do it," said Superintendent Alan Fegley, noting that the buildings are empty now and it will be easier for the consultants to look around without disrupting classes.

Board member Christopher Caltagirone said whatever the future holds, "the buildings will still need ongoing maintenance," adding that the last time such a study was done was 2013. 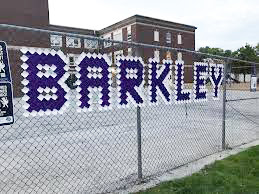 In a matter related to maintenance of those buildings, the board voted to hire Bonfitto Inc. to replace the boilers at Barkley Elementary School at a cost not to exceed $110,000.

Sereni and Broker abstained from voting after a motion to discuss the matter in executive session failed to gather enough votes.

Another improvement at Barkley, the replacement of the concrete apron around the school, will be undertaken by S.J. Thomas co. Inc. at a cost not to exceed $53,575, will occur as the result of another vote Monday.

The school board also voted on new administrators and promotions Monday night.

The most significant of these, in light of the investigation of actions by Chris Gerhris, the previous business manager, was the hiring of a new one.

The board voted to approve a four-year contract with Jeremy Melber at an annual salary of $165,000.

Melber, who starts July 1, is currently the director of business services for the Southern Lehigh School District, where he has worked since 2011, according to his LinkedIn profile.

Prior to that, he served as business administrator for Northern Lehigh School District. Melber is a Penn State graduate and received his MBA from Kutztown University.

Another post filled was the promotion of Jessica Kilmetz, currently a curriculum supervisor with the district, to fill the vacant position of Director of Curriculum, a post she is to assume May 1. Her new salary will be $130,000.

Also on May 1, Rose Scioli will take on the position of assistant principal for scheduling at Phoenixville High School, replacing Khalid Sutton, who was promoted. Scioli will be paid an annual salary of $105,000, according to the meeting agenda.

After serving as the interim, Corinne Reutter was approved as assistant principal at Phoenixville High School effective May 1, at an annual salary of $95,000, replacing Darryl Perecko who resigned, according to the agenda listing.

Another promotion approved was for Donald Grinstead, head football coach, who was approved as director of student activities and athletics, a post he will take on July 1 at an annual salary of $90,000. He replaces Matt Gionta who resigned.

The way the Phoenixville School Board operates is to hold a work session and discuss items that will be voted on at the following week's regular meeting. Thus is born the regular meeting's appropriately named "consent agenda."

Most of the items reported above were on Monday's "consent agenda," but board members Ayisha Sereni and Lori Broker pulled all but three of the items from the consent agenda so they could be further discussed at Monday's meeting. This is their privilege under the rules the board adopted.

Sereni said several times that she did this so that those watching the online meeting, myself included, would have a clearer understanding of what was being voted upon. A noble sentiment to be sure.

But even normally routine matters devolved into circular discussions and arguments Monday, so much so that the agenda's big ticket item, a presentation on the proposed budget, had to be pulled so the board could participate in a scheduled closed-door executive session, presumably with lawyers being paid by the hour, and for which they were at least an hour late.

Discussion rambled on and board member Laura Reed, the boar's parlimentarian, repeatedly "called the question" to force a vote.

"I'm just trying to get through this agenda," Board President Blake Emmanuel could be heard to say more than once.

These delays so irritated teacher and audience member Kelly Goodwin that when it came time for public comment, she emailed her frustration to be read into the record.

"This was a two-hour meeting and the reason most of us were here was to hear the budget presentation, but instead we got two hours of arguing. Please be respectful of our time," Goodwin wrote.

At least 30 minutes of the meeting was devoted to Broker's explanation of why she could not complete the minutes from the previous meetings for voting Monday night.

Broker is the board secretary and she said the minutes taken by the district administration are rife with errors, which she finds by viewing the video recording of the meeting.

Broker, who moved her laptop computer at least two times during Monday night's meeting, said despite help from Sereni, she needs "adaptive software" to make it easier to complete the minutes.

At one point, board member David Golberg had to ask Broker to silence whomever was playing piano in her house in the background while she spoke. "It's very distracting," he said.

Another lengthy discussion resulted when Broker and Sereni objected to a motion to display the proposed budget. "This motion suggests we are moving with an early vote on the budget adoption and that is folly," said Broker.

"We have budget meetings on the calendar and we're already talking about advertising the budget. That is putting the cart before the horse," Broker said.

Both were eventually convinced that the vote is merely to empower the administration to display whatever preliminary budget is ultimately adopted.

"This is so we can advertise it when appropriate," said Superintendent Alan Fegley. "This is no different than we we do every year," said board member David Golberg.

Another lengthy discussion revolved around Sereni's refusal to submit the treasurer's report for
adoption due to an ongoing discussion about the financial relationship between the district and the Phoenixville Athletic Boosters.

As I understand it, and I readily admit I may not, the boosters rent some of the district's athletic facilities and Sereni has been unable to see their bank statements, something as treasurer she feels she should see given her responsibilities to submit a complete and accurate report.

"I'm deeply concerned," said Sereni, who at one point chided the other board members for "rolling their eyes" and various other reactions to her concerns.

Emmanuel said in fact the booster group was scheduled to appear before the board at Monday night's meeting to try to explain what's going on, but the social distancing requirements that disallow in-person meetings due to the coronavirus pandemic prevented that from happening.

Sereni even made a motion requiring that the boosters deposit their funds in district accounts, to which board member Christopher Caltagirone replied "to say you cannot complete your duties as treasurer because information is missing is not factually correct. It is not our account."

"But it's public money," Sereni replied.

"There's nothing underhanded going on, nothing is being hidden," said Golberg. "This whole discussion is completely circular and we're wasting time."

Perhaps no better description could be chosen for the board meeting.
Posted by Evan Brandt at 12:00 AM