2019 Starts With Swath of Re-Development Plans 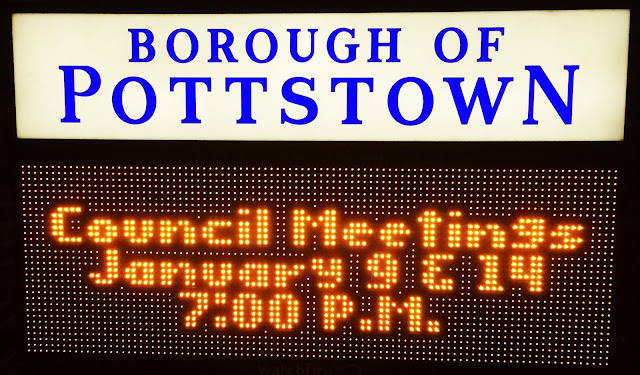 The first and the one in the biggest rush were the representatives of Catalyst Commercial Development in Conshohocken.


They were before council with a plan to re-develop the property at 1432 E. High St., which many may know as the site of the former Subway restaurant.

Catalyst representative Aaron Repucci told council the plan is to demolish the portion of the building that once held the Subway to create more parking and create space for a Dollar General store.

The re-development will also allow for expansion of both King Pizza and the popular Three Brothers Grill Mexican restaurant there.

The developers were asking for council to waive the land development process, arguing that they are actually creating more parking and open space, as well as repairing and extending the facade to hide the utilities visible on the roof of the building.

Also, said Repucci, Dollar General is anxious to move in soon. "they want this lease signed yesterday, and they want to be in by August," he said, adding that any delay may cause them to lose the tenant, whose tenancy makes the project financially feasible.

Despite the fact that the borough engineer's review letter had only been received that evening, council seemed inclined to try to accommodate the project, particularly given that some of the elements sought by the planning commission, such as some brick and faux iron fencing similar to that along the Wawa and McDonald's, was added to the plan.


Another re-development project calls for the addition of a play area and better driv-thru circulation at the Burger King at 1515 E. High St., which will result in the loss of 15 parking places.

Borough Manager Justin Keller told council the restaurant's business is changing and more of its customers want to get their food at the drive-thru so the proposed changes will allow the addition of a second drive-thru kiosk.

Council raised no objects to this plan and will vote on it at Monday night's meeting.


Over on the other side of town, Creative Health returned with its final plans for a "long-term structured residence" at 71 Robinson St.

This plan calls for renovating the former Palladino Roofing building into offices and six rooms with two beds each and construct a 1,600-foot cottage with two rooms, each with two beds, for patients of Creative Health.

The rooms will be used to prepare patients to be transitioned back into the community and is similar to the facility that Creative Health already operates at 11 Robinson Street, said Andrew Trentacoste, Creative Health CEO.

Borough Solicitor Charles D. Garner Jr. said although not required to, Creative Health has made a sizable contribution to a fund to pay for a new traffic signal in that part of town when it becomes necessary.

The planning commission has recommended preliminary/final site plan approval on which council will vote Monday night.


Peggy Lee-Clark, executive director of Pottstown Area Industrial Development, better known as PAID, also announced that the Robinson Street/Shoemaker Road area of town is about to become the home of a borough business that is expanding.

A business called Turn 5 is doubling its work force and, from 3 to 8 p.m. today is accepting applications for new part-time and full-time positions.

Lee-Clark is also shepherding the plan for the re-development of Keystone Boulevard, the strip of land between West High Street and the Schuylkill River, toiward approval by both the borough and West Pottsgrove township

First outlined in May, the Keystone Employment and Economic Plan for the area is now ready for adoption and calls for industrial, research and development, office and residential elements.

Monday night, council will vote on the plan which calls for specific pre-approved development.


Before we move on to the Tweets of the meeting, take a few minutes to hear and watch Mayor Stephanie Henrick give a retrospective of the past year during her Mayor's Report last night.

And here are the Tweets:

2019 Starts with Redevelopments
Posted by Evan Brandt at 12:00 AM