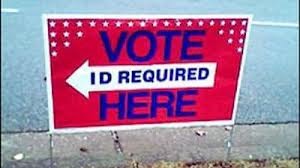 Blogger's Note: The never-ending evolution of how to get a voter ID card in Pennsy continues, miraculously right after the PA Supreme Court said the law should be voided for the next election if it is determined its too difficult to get an ID. The following is the latest from PennDOT.

The Pennsylvania Departments of Transportation and State today announced voters can choose to receive either secure PennDOT IDs, or Department of State voting-only ID cards, when visiting a PennDOT driver license center to obtain photo ID to vote under the state’s new voter ID law.

The agencies also announced that, in order to get the DOS voter ID card, an individual need only give his name, date of birth, social security number, and address; however, proof of residence is not required. 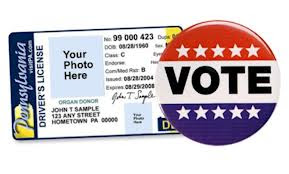 PennDOT will then, while the individual is at the driver license center, confirm with the Department of State that the applicant is a registered voter. Upon confirmation, the applicant will get a DOS voter ID card.

“We believe these updates to our process will meet the Supreme Court standard that voter ID cards be liberally accessible,” Secretary of the Commonwealth Carol Aichele said.
Aichele said the two state agencies agreed to modify the process for all voters to be able to receive the DOS voter ID card following the state Supreme Court’s remanding the lawsuit challenging the law to Commonwealth Court.

The Supreme Court’s decision questioned whether the agencies’ attempt to qualify applicants for a secure PennDOT ID before offering the DOS voter card was consistent with the General Assembly’s intent to provide liberal access to an acceptable voter ID card.

“It’s important to note that anyone who qualifies for a secure PennDOT ID, which unlike the DOS voting-only ID card, is good for general identification purposes, may still get a PennDOT ID free of charge with the proper documentation,” said PennDOT Secretary Barry Schoch.