It's Labor Day and I'm writing today about a group of people the media usually does not lump in with labor.

Or at least the newspaper portion of it, the foundation on which the rest of most newsgathering is built.

In case you don't know, no different from the steel mills and other plants that once dotted the landscape, local and national, the newspaper industry is another employer staggering through tough times.

The United States has shed one-fifth of its journalists since 2001, a figure that could rival any other moribund American enterprise.

Last Tuesday, The Harrisburg Patriot-News, the Pennsylvania newspaper  most others rely on for their news about doings in our Commonwealth's capitol, announced it will no longer be a daily newspaper.

Instead, the paper part of their operation, what most refer to as "print," will be published only three days a week.

Here's how the paper explained it to their readers:

Under the new company, The Patriot-News will change its print schedule to three days a week beginning in January 2013. At the same time, the organization will intensify its online and digital news-gathering efforts 24 hours a day, seven days a week.

The newspaper will continue to publish on Sundays. The other two days of publication will be determined after gathering input from readers and advertisers.

PA Media Group will offer larger newspapers on the three days it publishes — each on the scale of the current Sunday editions — and include many of the sections and features readers have come to expect from The Patriot-News. News. Sports. Entertainment. Go! PN Community. Even seven days of the comics will be run in full.


Well at least the comics are still sacrosanct.

I have mixed feelings about this.

I was not surprised.

It's happening to newspapers all over the country.

My surprise diminished even more when a friend with a better eye for detail than me pointed out the Patriot-News is owned by the Newhouse family, whose Advance company reduced the publication of the New Orleans Times-Picayune in June.

Whether the same will be true in Harrisburg, we can only guess but given that personnel is the second biggest expense in running a newspaper, I can't imagine the Patriot-News would have made this change without an eye toward those savings.

However, their promise to "intensify its online and digital news-gathering efforts," probably does not mean hiring more people. Rather, it more likely means running ragged the few people still luckily enough to work there when the dust settles.

The fact that the Patriot-News won a Pulitzer Prize this year for its coverage of the Joe Paterno scandal only emphasizes the fact that nothing can stop the market forces toppling once  mighty city dailies.

(The changing face of this industry is chronicled at the depressingly-named Newspaper Death Watch web site.)

I have some hope, laced, perhaps, with desperation, that the same thing will not happen to The Mercury, at least not any time soon.

The big city dailies grew as "aggregators." They collected news on a variety of subjects, from a variety of places, and put it all in one all-in-one package for easy consumption.

But one other thing the Internet has fragmented in America is the way we get our information. It is now possible to get our news from a pantheon of different sources, each specializing in a niche, or catering itself to our tastes, our timetable or, often enough, our politics.

All of which is fine for the folks at macrame.com, but it leaves conventional journalism kind of twisting in the breeze.

You see, coverage of the news of the day is not always a great product to sell products: "Don't miss tomorrow's gripping report of the new zoning code!"

Is that stuff important? It is to the people whose property is about to get re-zoned. Does that stuff sell newspapers? Please.

But the journalism model now crumbling before our eyes requires that we sell newspapers. Its what allows us to stay independent of government influence so we can keep an eye on that government, at all levels.

That is, after all, the responsibility we carry, the one that earns us the right to trumpet the First Amendment when we charge in, 60 Minutes Ambush Style, lights blazing, righteous indignation flying in every direction, and demand in the name of the people that a public official be held accountable to those who elected him or her.

It's not a responsibility we could claim to have upheld to the highest standard over the years. Sure, we did take down a corrupt president and numerous more local officials over the years, but more and more, that is the exception, not the rule.

And I tend to doubt the founders wanted to be sure that protection of our right to report car crashes, perp walks and news about Snookie's baby was enshrined in the Constitution.

But deny it if you will, its what sells papers and its what people want to read and that is what pays for coverage of the zoning meeting, or the government permit that may one day mean your water is polluted or your taxes go up.

Sadly, the balance between what we want to know and what we should want to know continues to tip in the wrong direction.

Further, I think it's fair to say, the founders did not reserve the right of the free press for just"professional journalists" either, so we should quit our bitchin' and get on with it. Believe me, we're trying.

I just hope people realize what they may lose when newspapers go away.

First of all, don't look to television. They're about 10 years behind us on the "your-model-is-no-longer-viable" curve and besides, there's very little a Philadelphia television station reports on in Pottstown that they haven't read about first in The Mercury.

Second of all, you will lose a professional standard under which we try to verify facts before reporting them.

I know, I know, the rush to be first and the Facebook frenzy and Twitter tremens, as filled with exclamation points as a 13-year-old girl's diary, that erupts anytime someone famous gets a hangnail leaves that standard in tatters as often as not.

And yes, people may think we're biased, or think we're lazy or unprincipled, but wait until they get a load of the information they will get from people who don't even have a standard to which they are supposed to rise.

Many of those folks aren't even getting paid. How long do you think they will sustain their "coverage?"

How many new digital alternatives to The Mercury have come and gone? I don't say that to crow, only to make the point out that reporting and publishing the news takes time and time is money and if you're not making money, eventually your interest wanes and you have to pay the mortgage.

Nobody gets into the newspaper business to get rich, unless you're on the owner side of the equation, and even they are cutting down on their private jets these days.

For many of us in the newsroom, I say with as little melodrama as I can, it is truly a calling. Like a defense attorney, we're not often loved, but we do have a crucial function to perform.

But even reporters have to eat.

The only new model I have seen come along that has proven sustainable is Joe Zlomek's Sanatoga Post. He tells me he's making money on the site and I have every reason to believe him. And that's why its been around as long as it has; that and the fact that Joe works under the same standard of reporting that most professionals do.

So where does that leave at The Mercury?

Well, hopefully, in the right niche.


One of the things that makes The Mercury valuable, I tell myself at night while staring at the ceiling, is that it fills a niche too -- the local niche.

Much as they might try to convince you otherwise when they call in the middle of dinner, the Inquirer -- which these days staggers from one overly optimistic owner/savior to another, shedding staff all the while -- is not going to cover Pottstown, or Owen J. Roberts, or half a dozen other places, like The Mercury does.

And neither will that crocheting web site written out of a Wyoming basement; or the nattering nabobs reading from the Super PAC script on Fox News/MSNBC.

But things here certainly will change. If you've been paying attention, you will have noticed they've change quite a bit already.

For one thing, you are not reading this post, what would be called a "column" in the old days, on a piece of paper but on a screen.

Or maybe, you've had the misfortune of seeing my smiling face introducing a video, and discovered that even spiffy new technology can't make a DRBC hearing interesting.

Whether or not these digital efforts will pay off remains an open question. 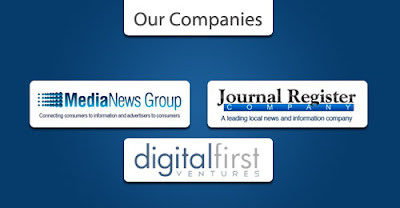 In case you don't know, the name of our parent company is now Digital First Media, which at times can seem more like a goal than a description.

Last year we were identified by Editor & Publisher magazine, itself struggling for survival, as one of 10 papers in the country that "does it right" when it comes to adapting to our digital world.

Research shows many of our videos get more views than many other papers in the entire company, which now includes newspapers from California to Connecticut and our Facebook page now approaches 6,000 "friends."

On Friday, the sports department launched an ambitious mostly digital project, "Mercury Sports Live," to cover high school football and we post pictures of area police departments' "most wanted" on our "Pinterist" page.

One Catch-22 we face is that many of our readers are not spring chickens any more. The benefit we get from that fact is that our print circulation remains steady.

Our long-time readers like to leave their news and information minute with ink on their fingers.

But that also means that while we run on the digital treadmill, finding and trying lots of things other papers eschew, our readers may not be following along.

Reaching that next generation, that keeps us sustainable, is crucial and, remains, elusive. 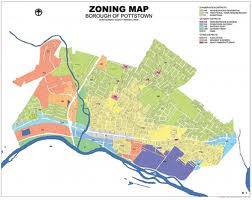 Maybe we'll have to start beaming the information straight into your head via Wi-Fi while you get your morning coffee.

But no matter what deliver method we end up using, I suspect it still may be a long time before I can convince a 20-something that he or she should care about next week's zoning meeting.