Why Does Religion Make Everyone So Uptight?

I had an interesting experience Friday.

With our web editor Eileen Faust out of the office on what I can only assume was a well-deserved vacation day, I was asked by Nancy March, the editor, to pitch in posting links to stories from our web page onto our Facebook page.

I was happy to do this and, as I often do, tried to randomize the postings and "mix it up" a little bit.

So, in addition to posting the usual car crash and shake-your-head-in-disbelief police news, accompanied by our never-ending American Legion baseball coverage, I threw a little entertainment and opinion up on our wall as well.

That included the day's editorial, the day's syndicated column and the day's letter to the editor which, uh oh, suggested that today's children would be better off if they had more Bible teachings in their life. 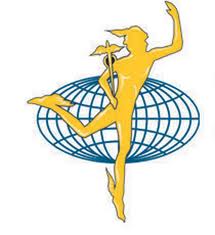 Two of our Facebook readers objected, as is certainly their right, saying such letters belonged in "a church bulletin" not in newspaper opinion pages.

They then went further to suggest that if we received similar letters touting the benefits of the religious teachings from the Q'uran or the Torah, that we would not publish them.

I'll confess that got my hackles up because, were we to have received such letters, I like to think we would have run them. But since we, sadly, don't receive such letters there was no way to disprove this charge.

These two folks seemed to feel that publishing the letter was part of a disturbing trend toward intolerance of non-Christian religions in America, particularly in the media. It's a concern that I think is valid, but not one I believe will be resolved by stifling opinion, but rather by exploring it.

Nevertheless, I had to be careful seeing as I am not the editor and cannot speak for editorial policy.

However, I also know that to many people, particularly in Pottstown, for better or worse I represent The Mercury so I wanted to represent in our defense. 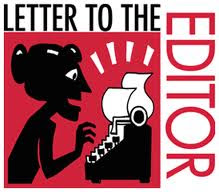 I tried to make the case that, as I saw it, this letter was no different than any other opinion people choose to express on the letters to the editor page. I posted it to Facebook because that's what was in the paper that day and I like to post our published opinions on Facebook and get a discussion going.

(That is what we are charged to do  with our sparkly digital strategy. Frankly, it's what we've always done, now we just do it through different means or, as we say in the digital world, "different platforms.")

I strongly suspect I did not convince these two objectors, but I am also cognizant that such discussions are read by many more people than just the participants and I did not like letting the charge that we would be biased in our letter publishing going unanswered; even if the two people disagreeing with me were unlikely to be persuaded by my defense.

Of interest to me was the observation that one of the objectors had never seen The Mercury post one of these letters on its Facebook page before. That may be true as posting our stories to Facebook is not my day-to-day job. 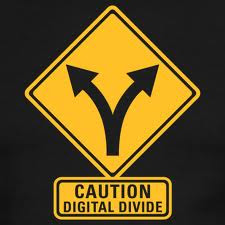 I didn't give it much thought at the time I did it, but these two seemed to think it was the beginning of a dangerous trend that letters like, no stranger to our letters page, were now showing up on our Facebook as well.

This would seem to suggest a deep ideological divide between those who read these letters in our print edition without batting an eye, and those who scan our offerings on Facebook and pick and choose what they want to read.

They may well be right about that.

(It has certainly not escaped our observation that some of our Facebook friends are not shy about commenting on an article they have not bothered to click through and read. But I don't think that was the case here.)

And when I suggested they write us a letter to our editor complaining about this trend or praising the values of other religions to test their thesis, they both demurred, leading me to contemplate how many fewer actual signed letters to the editor we now receive at the paper. It's odd to me that people are willing to express their opinions under their names on Facebook, but shy away from putting pen to paper and doing the same thing in print. 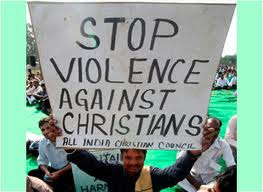 Nevertheless, the emotion stirred up by a religious-themed letter posted on Facebook made me sit up and take notice.

As someone who was not raised in a religion and does not practice one, I nevertheless find myself endlessly curious about them and fascinated by all organized religions.

I believe they fill a need humans have for group ritual and for a framework of belief in which comfort and answers in dealing with life's more difficult questions can be found and are obviously shared by peers.

Not being much of a joiner, I have preferred to find answers to my questions on my own. But that has not dampened my curiosity about this vital aspect of human nature or my respect for those who choose that path. To me, the ability to take something on faith without any proof is a wonder and something that tells me that person enjoys a human ability I largely lack. I respect even if I can't duplicate it.

My readings in history so far have indicated organized religion to be a force not to be underestimated.

It has also been the engine behind centuries of religious wars (the Crusades), persecution of the "different" (the Salem Witch Trials), and even a period of torture so heinous it demanded its own period in history, (the Spanish Inquisition).

Even today, religious disagreements are at the heart of many Middle Eastern conflicts between different Muslim sects.

(By the way, allow me to recommend an excellent book for a broad brush overview of the history of Islam and its impact on history -- "Destiny Disrupted: A History of the World through Islamic Eyes" by Tamim Ansary.)

Harder to measure in history books is the effect various religions have had on individuals which are, I imagine, no less profound for those individuals then they are for their profound effect on the larger world.

But religion remains a touchy subject for us Americans.

Many people, myself at times, bristle at the militant Christianity that pervades the current political culture and certain media outlets. At other times, I just tell myself they're being very effective at getting their message out.

My wife rolls her eyes when, like I heard Chris Rock confess on NPR's Fresh Air recently, I watch TV preachers and marvel at the spectacle. (I'm particular to Joel Osteen. I can't seem to get enough of someone telling a stadium full of people that Jesus wants them to be rich and their eagerness to believe its true.Who knows, maybe it is.)

But as ironic and contradictory as I might find that, I don't equate it with all Christians and I certainly don't think these expressions of religious opinion need to be curtailed in any way.

After all, many of my favorite people in Pottstown are preachers or ministers. I have found them, as a group, to be the ones most likely to be kind, understanding, accepting, genuinely concerned about others and -- most important of all in this town which can never seem to get out from under its own history -- effective.

Although many of this country's founders were not the avid Christians they are often portrayed as being, they did nonetheless understand the need for religion and fully expected it to be practiced with fervor in this new country they had created. (I suspect they would be amazed to hear some of the debates we have about religion today).

Their primary concern about religion was that it not be endorsed or supported financially by the government. Other than that, have at it. Jefferson in particular wrote about the freedom to practice no religion at all.

(In fact, if you can make time before Sept. 30, you can visit the National Museum of American Jewish History on Independence Mall in Philadelphia and see a letter George Washington wrote to a Rhode Island Synagogue as part of an exhibit called "To Bigotry: No Sanction.")

Now if that means you want to show up at military funerals and carry signs that say "God hates gays," well most people are not going to happy about that. And many won't shrink from expressing an opinion that such actions give Christianity a bad name; to put it mildly.

But I would shy from saying they should be prevented from saying it, only ridiculed and vigorously opposed.

Similarly, people say we need to keep The Bible out of our schools, and I agree as far as preaching it as a faith is concerned.

However, teaching the history of and familiarity with one of the cornerstones of western civilization seems like something that should be part of every American education. I'm sad it was not part of mine.

So I suppose what this all came down to is the choice by the newspaper to publish or not publish religious opinions.


Hailing from the suburbs of New York City, the capital of liberal thinking if ever there was one, and having run a newspaper there, I do not recall seeing many such letters in our papers there or us publishing any.

But as I get older, I think that may have been a mistake.

I was initially surprised when I came to Pottstown to see that The Mercury published them, but as I got to the know the community better I realized most readers are not offended. They simply agree, disagree or couldn't care less.

And I've similarly come to believe that such expressions of belief need be treated no differently than those favoring a particular candidate or a favorite pie recipe.

This is not to say I equate those things (no angry letters please), but to say that people express opinions about things they have strong feelings about. 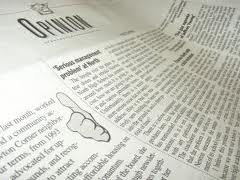 And certainly I can understand that someone who feels they have found the answers to the questions that may have plagued them all their life, or see clear solutions to the world's problems in a particular text or teaching, are going to want to share that and tell the world "hey guys, it's right here."

And that's where the newspaper comes in. We want to offer people a place where those views can be shared and amplified.

Certainly, we must exercise judgement.

On the same day I was in my back and forth with our two Facebook readers about religious letters, I was issuing warnings and deleting violent threats and profane comments from readers on the same Facebook page outraged by our story of two men accused of an admittedly outrageous crime in a child sex sting operation.

But I just have a hard time seeing religious opinions in that category.

Of course those that filled with hate or endorse violence against others will be provided the same exercise of judgement as such statements made without the religious additive.

But as I wrote to the two Facebook commenters, I saw the letter largely as "expressing an opinion that primarily suggested our children would be helped by learning 'love, joy, peace, patience, kindness, goodness, faithfulness, gentleness and self-control.' The fact that the letter's author believes the best path to those attributes is through the Bible is, of course, a matter of opinion."

But of course, that's just my opinion.

What do you think?

Email ThisBlogThis!Share to TwitterShare to FacebookShare to Pinterest
Labels: Christianity, Facebook, letter to the editor., the Bible, The Mercury, The Q'uran, the Torah
Location: 24 N Hanover St, Pottstown, PA 19464, USA