From Rejection to Acceptance 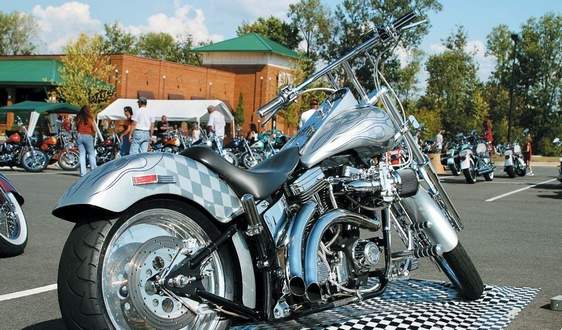 BLOGGER'S NOTE: The following was submitted by Ralph A. Bainbridge, Chaplain of the Gospel Riders, regarding the April 28 motorcycle show in downtown Pottstown.

In June of 2011 I received an e-mail from Brian James from WBZH and a seed was planted.

We were to ask the borough of Pottstown to join us in having a Motorcycle Show in town. There were meetings with PDIDA (Pottstown Downtown Improvement District Authority to help coordinate the show and in October PDIDA voted to sponsor the show with the Gospel Riders. Borough Council voted in December in favor of our proposle.

My experience with motorcyclists told me to designate a charity. I was asked for my recommendation, and I named the Pottstown Cluster.

Bikers are generally good givers to worthy causes. Knowing every dollar donated to the Cluster stays here in Pottstown making the decision simple for us to make.

Brian James, Shelia Dugan, and Cindy Brower worked tirelessly on a flyer. The flyer had ad spaces for businesses to advertise for a fee that was used to defray the costs of the show. Without the support we received from the merchants the show would not have happened.

April 28, 2012, the day of the show the weather was very questionable. However, being the “first” show in Pottstown for us we went ahead. God did provide a great work day for the Holy Spirit!! He is ALWAYS faithful!!

We had 17 bikes in the show. Not bad for a first time show and the weather. We also lined the west side of Hanover St. with 10 vendors.

The show itself brought folks into Pottstown from many places.

One vendor came from Lykens, Pa. another form New Jersey. Gap was the longest distance for any show bike.

Everyone enjoyed the day. All said they would return next year. So plans are in the works for next year.
A couple God things happened to me that day. First one of our members told me of a woman who was about to be evicted. I talked with her and prayed with her. I also told her to go the Cluster that there she would get help.

The second was even more moving for me. I was about to start announcing the trophy winners, when three children and their father approached me with a red coffee can. They said they wanted to be a part of the event. They actually had a bake sale at the event and raised $65.40 for the Cluster.

Needless to say I had to take several deep breaths before making the announcements. That was the icing on the cake for me!!!!!

I cannot say THANK YOU enough to all who made this event a success!!!

I remember Allan Altschull asking me how much I thought we could raise. My response was $500-$1000. Well THANKS to a lot of work and people we raised a grand total of $1,065.40!!!! It was a T E A M (together everyone accomplishes more) effort, and it was a T E A M (telling everyone about Messiah) day!!!!!
Serving HIM,
Ralph A. Bainbridge
Chaplain
Gospel Riders

We're glad your event was a success and welcome you back to Potstown for another.
Posted by Evan Brandt at 4:00 AM