Welfare for the White and Wealthy 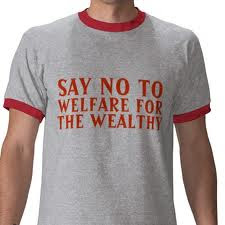 I hate to keep picking on Lower Merion School District (almost), but hey, they're right down the road; they've got buckets of money; and they are a tantalizingly close school district to best illustrate how wealthy constituencies benefit from the current public school funding system in Pennsylvania.

Besides, I think they can take it. After all, they're got $43 million on hand they can spend just about any way they want.

You see $43 million is how much cash is stuffed into the "rainy day fund" Lower Merion keeps in the basement largely unknown to taxpayers.

To be fair, they're not the only ones doing it. These reserves, which are difficult if not impossible to find in  any annual budget document that punctuates each spring calendar, are kept by every Pennsylvania school district.

Some of it is dedicated to a particular future cost -- such as expected increases in pension funding. The rest of it is sitting around "just in case."

I am surprised to find myself in agreement with Gov. Tom Corbett who has targeted these funds as being excessive. And, if you read Tuesday's Mercury, you may see a story highlighting just how excessive they are.

Where Mr. Corbett and I fall out of agreement, is when he begins to use these surpluses as a rationale for not fixing what's wrong with how the state funds education.

(IRONY ALERT!: Please note that when it looked like there would be a surplus in state tax revenues last year, Corbett, in what was portrayed as a fit of fiscal prudence, said it should be put in the reserve "rainy day fund," which apparently has a different meaning in the state budget than in a school budget.)

In fact, in many ways, a close look at school budget reserve funds is yet more evidence highlighting how the quality, and opportunity stemming from, a child's public education in Pennsylvania depends as much on zip code as how well their parents prepare them.

Take a look at this chart I put together this week:

As you can see, even though the good taxpayers of Lower Merion send fully 35 percent of their children to private school in the elementary grades -- and more than 42 percent to private high schools -- its still good to be white and rich in the right part of Montgomery County.

Nearly 90 percent white, with the median home value sitting pretty at three-quarters of a million dollars and the median household income at $144,686, Lower Merion home owners pay about $1,400 more in property taxes than home owners in Pottstown.

Here in Pottstown, the taxes represent nearly 7 percent of a homeowner's annual household income, twice the impact as in Lower Merion, and more than four times the portion of their home value.

Add on that Pottstown has more than half its school population on free and reduced lunch; nearly half are renters; and about 20 percent of the school population requires expensive special education services, and a rational person might think the state would do something to equalize the opportunities for Pottstown children.

And for a while, it did.

After looking at education by looking at what successful students get and working backwards, something called a "costing out" study," the state created what I euphemistically call a "fair funding formula," and shifted more funding to districts with students who might need more of a leg up to succeed in school, and life.

Then the housing market, and subsequently, the economy collapsed and in an understandable effort to stem holes in the budget, funding cuts were proposed in Harrisburg. 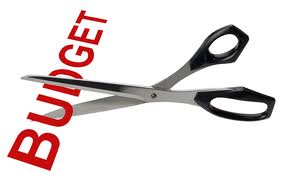 But here's where the shiv (or the budget ax) got stuck in our back; rather than cut back using the new formula, which would keep proportionately more money where it's needed, Corbett's administration took the easy way out.

The devil is certainly in the details and, like the speed at which a sin is committed in Las Vegas, the formula disappeared and towns like Pottstown and Norristown, got shafted.

Regular readers may recall from a Feb. 26 post in this space, the fiscal impact under Corbett's first budget cutting plan was that in Pottstown, funding per student would by cut by $600 per student.

In Lower Merion, where they just completed construction of a second new high school, complete with pool, state funding was to be cut by a mere $83 per student.

Now, a look at the reserves kept by each district shows us another facet of this inherent unfairness.

Lower Merion's "rainy day fund" is nearly 83 percent of the annual budget in Pottstown, where it's been raining pretty hard for a while now, and 20 percent of their operating budget.

Not only is the unfairness of this situation is inherent, it also has a predictable outcome when you consider the results of a recent report that tells us "the difference in test scores between affluent and underprivileged students has grown 40 percent since the 1960s."

The achievement gap between rich and poor students is now twice the gap between white and black students.

And when it comes to college-completion rates, the rich-poor gulf has grown by 50 percent since the 1980s, according to a Reuters report, which was based on this more detailed report in The New York Times.

Educating these children now, will help them be successful and help rebuild this country; help them stay out of jail, where we would pay more for their upkeep; and help them to stay off welfare.

Isn't that better, fairer, than using regressive taxing formulas to provide tax breaks, welfare in every way but the check, to wealthy people who don't need it?
Posted by Evan Brandt at 4:00 AM