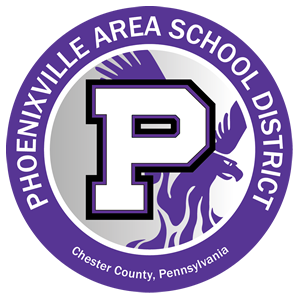 Poor accounting and financial controls from 2015 to 2019 cost Phoenixville Area School District taxpayers nearly $90,000 and made about $4.6 million difficult and sometimes impossible to audit.

Those were some of the findings released Thursday in a report by Pennsylvania Auditor General Timothy L. DeFoor, whose findings put the district "at increased risk for fraud."

Auditor General's office spokesman Spokesman Gary Miller said although the audit was not initiated by the criminal investigation — still ongoing nearly two years after the district first announced finding "discrepancies" in its books in the wake of the resignation of former business manager Chris Gehris — the audit findings were forwarded to the authorities conducting that investigation, which is now more than 15 months old.

“The school district may have been able to prevent the alleged misappropriation of funds if it had ensured its internal controls were appropriately designed and operating effectively,” DeFoor said in a press release that accompanied the report.

Phoenixville School Board President Blake Emmanuel provided the following statement when contacted for comment: "The auditor general’s report was received by the board and administration, in addition to being posted on the auditor general's website, this past Thursday, Aug. 12. The Mercury reached out to the district for a comment and was offered a meeting on Monday, the 17th, at a time that would be feasible for all involved. While the Mercury accepted the offer to meet, the article was published prior to the meeting, and therefore includes no response from the District. The PASD Board and administration look forward to meeting with The Mercury, as agreed, on Monday."

Many of the audit findings related to funds spent, or received, that could not be verified. Others found procedures not followed which put the district at risk for losing out on state funds it was owed.

Included in that category was the finding that "as of March 1, 2021, the district had not submitted applications for reimbursement from (the Pennsylvania Department of Education) totaling $87,028 for principal and interest payments made" on a $10 million bond taken out in 2000 for a high school construction project.

There was also a delay in another $400,000 in debt reimbursement payments due to the district's failure to file the proper paperwork in a timely fashion over the four-year period.

"Current district officials acknowledged that there were no controls or procedures in place to ensure the complete and timely processing of applications. District officials stated the former business manager was in charge of making debt service payments and filing the applications for reimbursement from PDE," according to the audit.

By the time the audit was released, it contained a response from the district that indicated the proper procedures recommended in the audit have already been put into place.

In another major finding, "auditors could not verify the accuracy of approximately $4.9 million in transportation reimbursements received from the state Department of Education during the audit period," according to the press release.

Auditors wrote that the district could not provide records to confirm the miles driven and students transported for private, charter and public school students that was reported to the Department of Education and on which its transportation reimbursements were based.

The response from the district indicated that the measures recommended to correct this deficiency are already in place.

Another finding found that the district paid an outgoing administrator $2,154 more than the severance policy warranted. The report did not identify the administrator.

Further, "approximately $300,000 of revenue generated by renting district facilities over a three-year period (by the volunteer Phoenixville Athletic Complex non-profit group) was never recorded in the district’s general ledger, but auditors did not find any discrepancies in related bank records that warranted further review," according to the auditor's office.

The proper accounting of those rental revenues have been a frequent, and sometimes heated topic of discussion, at several Phoenixville School Board meetings.

As Miller noted, each of the major findings includes a response from the district management which indicates that the recommendations for increased controls have already been put in place.