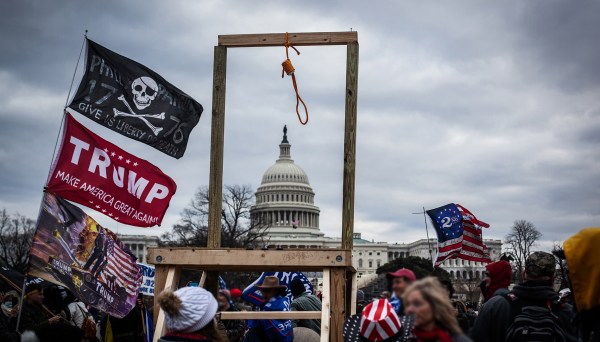 Blogger's Note: The following was submitted by the office of U.S. Rep. Chrissy Houlahan, D-6th Dist. and pulled from Rep. Dean's Twitter account.

Wednesday, Representative Chrissy Houlahan voted to establish a Select Committee, comprised of both Democrats and Republicans, to investigate the domestic terrorist attack on the U.S. Capitol on January 6th.

“Today’s vote saddened me – the fact that there wasn’t unanimous support for an investigation into a domestic terrorist attack on American soil is difficult for me to understand,” said Houlahan.
“We all took an oath when we were sworn in as members of Congress: ‘I do solemnly swear that I will support and defend the Constitution of the United States against all enemies, foreign and domestic.’ In accordance with that oath, we have a duty to get to the bottom of the January 6th terrorist attack, to provide the American people answers and to send a clear signal to our allies and enemies both foreign and domestic – you cannot attack our democracy with impunity," she said in a prepared statement.

“Americans witnessed our U.S. Capitol building, the physical embodiment of our democracy, attacked and desecrated by domestic terrorists on Jan. 6. Brave police officers were beaten by a band of insurrectionists." she said.

“I voted today to establish a bipartisan Select Committee to investigate the insurrection. I did so to honor my oath. I can only say I wish all of my colleagues did the same, said Houlahan.

“As we move forward with the Select Committee, it is paramount that we carry ourselves with the solemn dignity such a task requires – those looking to score political points have no business on this mission. This is about our country, our national security and the people we have been entrusted to defend.”
"I Just voted in support of the Jan. 6 Select Committee," Dean posted on Twitter. "My vote is in support of all who work in the Capitol complex — especially the families of the fallen officers. Sadly some of my GOP colleagues *skipped the vote* to join the candidate who helped provoke the insurrection," Dean posted.