No matter if they deny it, most newspaper people dream of being on the front page of The New York Times some day.
Yesterday I woke up to find that dream realized for me, but not with the byline most reporters envision.
Rather it was realized with a photo and story in which I was the subject matter.
I knew from the outset, when writer Dan Barry contacted me about a year ago, that it would make me uncomfortable being the one interviewed, instead of doing the interviewing.
But I had already been interviewed by writers from The Washington Post, The Philadelphia Inquirer, The Seattle Times, Vanity Fair and NPR about the cause of saving local news, which I want the country to care about, so how could I refuse a chance to carry that message to a national audience?
Mostly I have been interviewed by those writing about the slow death of local newspapers for two reasons:
1) I can be outspoken about it because  as a shop steward in our chapter of the News Guild I am protected in ways non-union journalists, who would surely like to speak up,  are not;
2) I have gained some notoriety ever since I knocked on the door of Heath Freeman's Montauk summer house two years ago to ask him what value he places on local news.
(He has yet to answer my question, perhaps because as the head of a vulture hedge fund called Alden Global Capital that owns The Mercury and more than 50 other newspapers, he believes "value" and "profit" are the same thing.)
But it quickly became clear to me that Dan was writing a different kind of story.

While I may have been good for a quote or anecdote in a broader straight-up news story, I would be more central to his, which he would approach with the long-form narrative he has mastered.
He was very up front with me about it.
Dan said in his coverage, I would be the "poster child" for what is happening to local newspapers across the country.
I wasn't thrilled, but I know from experience that the peril the nation faces by the loss of local news is serious, and if that's what it took to get that message out there in a way people could understand, and be moved to act upon, so be it.

Originally, I was going to be in a segment of the Times' TV program called The Weekly, which looks at a single subject in-depth.
But, to no one's surprise, it was decided that I don't make for very exciting TV. (And viewers everywhere breathed a deep sigh of relief).
But Dan said "I'm still going to write something."
I have deep (and somewhat envious) appreciation for his craft.
Dan visited Pottstown multiple times, interviewed a number of people here, and for the wider story, and fact-checked with me and them quite relentlessly.
The result was a hauntingly somber story that is still making me cry a day later.
I am, of course, grateful for his kind and accurate treatment, to photographer Haruka Sakaguchi for her photos that don't make me look too ridiculous, and to the Times for devoting so much of its precious space to the story.
I am also humbled by the many well-wishers who reached out after the article was published, including dozens of journalists and readers I have never met from places as far flung as Australia and Quebec, from Cincinnati to Seattle. All sympathized because they too had lost their paper, or were laboring under similarly constricting conditions.
Many, asked how they could help and even offered to send money.
Which brings me to the second and more important point about this story. It features me, but it isn't about me.
As many people noted in the article comments, and in Tweets, posts and emails to me, there are hundreds upon hundreds of Evan Brandts out there (that line is going to keep me up at night) doing this vital work.
And, as I have said many times in this space in the past, it is the work that matters most.
Which is why I would prefer to become the poster child for what comes next.
As I remarked on Twitter Saturday, as the impact of the article echoed across social media for its 24-hour cycle, I don't hate the people who own The Mercury.
Alden Global Capital is the excesses of Wall Street made whole. It does not exist to produce
newspapers. It exists to produce profit.
That's what Wall Street does. Don't hate the shark because it kills, just stop swimming with sharks.
So hating them for what they are does not save local journalism, because they will never change what they are.
Instead, what we all have to do is figure out what WILL save local journalism, and the primary responsibility for that rests with journalists themselves, and the communities they serve.
The news ecosystem once worked because it was decentralized. The re-opening of The Very Best Hot Dog Shop was VERY big news in Pottstown. Not so much in Detroit.
Trying to centralize local news in big chains is like trying to centralize the towns they cover and reflect. It's like trying to say we all live in one giant town. That's great for the newspaper chain's bottom line, but not for the individual communities and all their quirks, traditions and particular concerns.
The pursuit of greater efficiency in local news, of "synergies" and other such nonsense is not about making a better news product. It's about saving money to maintain maximum profit because profit, since the founding of the country, is what once allowed local news to prosper and be independent.
That is no longer true.
Corporate profit in news has become its reason to exist, rather than the thing that allows the news to exist.
It's time to ask a more basic question, one asked in a perfect coincidence of timing by The New Yorker magazine on the same day the Times published Dan's article -- "How Can the Press Best Serve Democracy?"
Citing authors Bill Kovach and Tom Rosenstiel, Michael Luo, editor of Newyorker.com, wrote in his piece:
"The core elements of journalism endure because 'they never came from journalists in the first place.' Instead, they emerged from the public’s needs. During the twentieth century, the press came to understand that its highest obligation was to the public it served. Of all the risks that trouble journalism today, the greatest may be that editors, publishers, and other people in charge of media lose sight of this truth."
At its most basic, what makes local news so important to democracy is that people trust it more than national news, and that's because it serves a watchdog role on local government, tells you who is running for office to run that government, and how that government plans to spend the community's money.
The only time TV news shows up at a school budget hearing is because there is a controversy. Again, don't hate them for it. That's what they do. As Missouri Sen. Claire McCaskill famously said "TV loves a ruckus."
Telling you what's in that budget and if it will raise your taxes, no matter how un-telegenic it may be, is what local news does.
On a more communal level, local news chronicles the life and times of a community and provides a 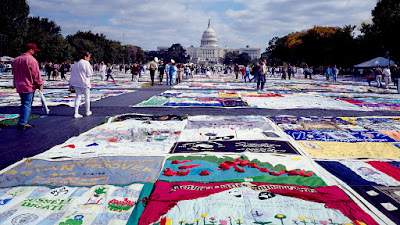 common context for the critical public discussions and the decisions that follow -- it tells you who died, who had a baby, who had a good game, what that new store that just opened on High Street sells.
And it does it in that unique, de-centralized way that makes it more immune to the national narrative that "efficient" news chains can't afford to duplicate.
All of this helps make America more of the patchwork quilt it was always meant to be, and less of a homogeneous blanket that can be fed a single news stream that applies to all.
It's that oddly opposed modern phenomenon of collective, ideological, national news narratives filtering down to the local level, and the Internet's ability to lead us by the nose to bubbles of people who agree with us, that has so fed the lack of empathy and understanding that is now tearing this country apart.
I say all this because I have come to believe that the way to save local news is to make it more local, and less married (and perhaps completely divorced) from large-scale profit.
Keeping the community informed is a service as vital and as basic to local democracy as voting inspectors and municipal audits. Why should it also be required to make someone rich?
What's to stop a local non-profit news site from starting up and informing the public without advertising or corporate concerns? Ironically, it's money.

Because if you want the news to be provided by those who know best how to do that, you need to pay them a living wage to do it. 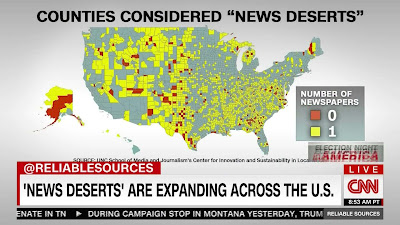 You don't use volunteers to run the power plant.
You hire people who know how to run a power plant so you have a consistent flow of power.
So if you want to be consistently empowered by information about your local government and your local community, you hire people who know how to do that.
And if you're not going to carry advertising, which remains an open question, how do you generate the money to pay the professionals who do the day-to-day work of attending meetings, covering games and knocking on doors?
And that's where the community comes in.
Just like we pay PECO for the power we use, we will have to pay for the news service we use to be informed citizens, which is a democracy's lifeblood.
What I have read indicates that experiments like this are being tried all over the country, with varying degrees of success. And there is plenty of good reason why communities in towns that have become news deserts should give it a try.
Study after study have shown that when local news, and its watchdog role, goes away, taxes go up if for no other reason that because the companies that finance municipalities reason, which good reason, that waste and corruption will go up.
If you're going to pay more anyway, wouldn't it be better to pay to be informed than to pay for assumed waste and corruption. And, as a bonus, you'd get the sports scores too!
Posted by Evan Brandt at 12:00 AM