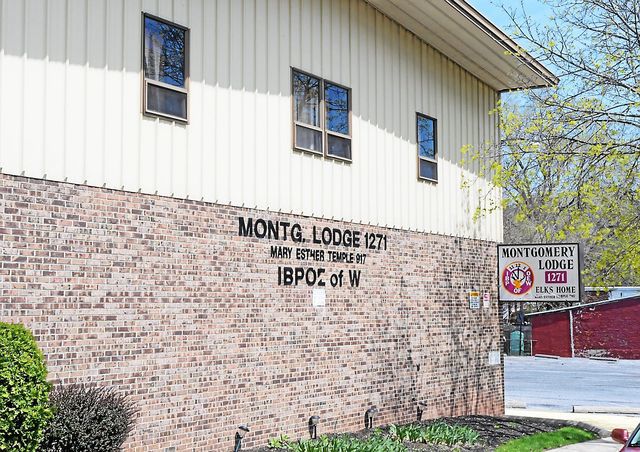 With a 4-2 vote, Pottstown Borough Council Monday night endorsed the transfer of a club liquor license to the Montgomery Elks Club No. 1271 at 605 Walnut St.
The vote moves the application to the Pennsylvania Liquor Control Board, which has final say in the matter.
Had council rejected the request, as it did last year, it would have all but killed any hope of the license being transferred.
The vote only came after some drama.
In addition to supporting or rejecting the application, council had a third option of "taking no action," which has the same effect as a vote to support as far as the liquor control board is concerned.
Councilman Ryan Procsal first made a motion to take no action, which was supported by Councilman Joe Lebedynsky.
Councilman Joe Kirkland immediately wanted to know why this application was being treated than one approved several months ago with council's full support.
Procsal referred to problems at the club previously, before the club's license was denied renewal in 2015 by the PCLB because of disturbances and police calls there.
"I'm not comfortable supporting it, but I don't think it's fair to deny them," said Procsal.
Lebedynsky said it would give council "plausible deniability" if those problems arose again.
But Kirkland said the club's management has changed, the minimum age is now older and the kind of license they are seeking would prevent the serving of alcohol to anyone but club members.
The license transfer being sought is a "club license," which only allows serving alcohol to members. 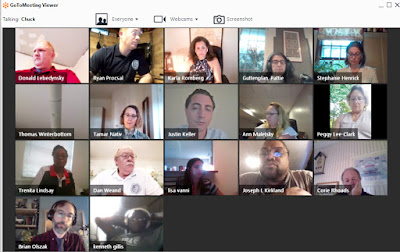 Last year, the club sought a "catering license" from the Gilbertsville Fire Company No. 1, which would have allowed alcohol to be served to guests at catered events likes weddings and birthday parties.
"For some reason, you're choosing to treat this application differently," Kirkland said. "You're holding them to a different standard and I think we all know why, and I don't like it."
Councilwoman Trenita Lindsay, who attended the online meeting from Texas where she is visiting family, agreed.
Both Lindsay and Kirkland are African-Americans and the membership of the Montgomery Elks club is primarily African-American as well.
But Kirkland and Lindsay's position also- got support from Borough Council President Dan Weand and Councilwoman Lisa Vanni. (Councilman Michael Paules was absent.)
"Based on the current record, I agree with Joe and Trenita, that they should be approved," Vanni said. "I don't know how much more we need, they did everything we asked them to do, and there has been no opposition from the community."
"I should say that should they gain their license, they will be under the microscope, a lot of scrutiny," Weand said.
Ultimately, council rejected Procsal's motion to take no action by a 4-2 vote, and by the same margin approved Kirkland's motion to support the license transfer from a club in Bridgeport borough.
"It's a shame we had to go through that," said Kirkland.
Still No Tax Collector
No one has yet been identified to take over for Roy Reisfsnyder, the borough's tax payer who passed away in May.
Council has until June 20 to appoint someone and Borough Manager Justin Keller said one person has expressed interest. Most of the work is done by the borough finance department and the head of that department, Ann Meletsky, was appointed deputy tax collector by unanimous vote Monday.
Zoning for New Plant
After a public hearing at which no one spoke, council also voted unanimously to approve a new overlay zoning district along Keystone Boulevard.
The overlay will allow for construction of a new $142 million green energy plant that will convert 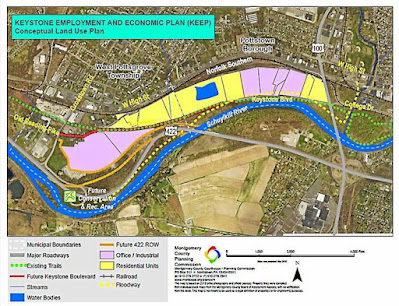 cellulose into diesel fuel and will bring 68 jobs to the borough.
When up and running, the plant would generate $39,000 a year in wage taxes for Pottstown, along with about $551,000 in property taxes.

Construction, which would begin in June, 2021 according to the schedule, would take 18 months and employ 174 construction workers.
An agreement between the developer, SEP-1, and the borough would result in a $5 fee per truck, which is estimated to generate $90,000 to $100,000 a year to be added to the street maintenance budget.
Under the terms of the agreement, SEP-1 will contribute $625,000 toward the cost of extending Keystone Boulevard through West Pottsgrove to its long-planned connection to the Grosstown Road interchange with Route 422.

The cost of that extension is currently estimated at about $5.2 million.
The entire project was brought as the result of the special planning area along the river to which both Pottstown and West Pottsgrove Township belong.
Eating in the Street
Council also voted unanimously to pass special rules that will allow downtown restaurants to serve meals outside on the sidewalk and even in parking spaces along High Street from Manatawny to Evans streets so long as adequate protection from traffic is provided to diners.
"We're doing whatever we can do to support our local businesses to get back on their feet as soon as possible," said borough council President Dan Weand.
The rules are in place for 90 days.
Tax Relief for Pottstown Plating
Council also voted unanimously to forgive $237,512 worth of unpaid taxes, fees and penalties on 215 S. Washington St., better known as Pottstown Plating, the eyesore that sits on the corner with Industrial Highway. 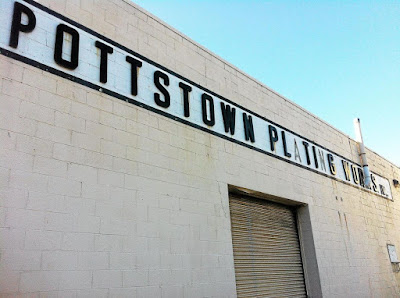 The building has been vacant for more than 20 years and has considerable environmental clean-up liabilities.
Keller told council the unpaid taxes, fees and penalties, which include unpaid water and sewer bills, are more than the property is worth and trying to get that money back through tax liens would only ensure it stays vacant and deteriorating for years to come.
Currently, the Pennsylvania Department of Environmental Protection is conducting clean-up activities at the site, according to Peggy Lee-Clark.
Last week she appeared before council with developer John Jones to make the request. Jones has already revitalized and rebuilt the former Pottstown Nipple Works on Lauren Avenue, the former Memorial Hospital office building on High Street and is also involved with the revitalization of the former Pottstown Farmer's Market into the Terminal on High.
Jones said even with the relief, it will be at least a year before he can redevelop the site. Council granted similar relief in 2018 and as was necessary then, Jones must also seek further tax relief from Montgomery County and the Pottstown School District.
Posted by Evan Brandt at 12:00 AM