Blogger's Note: The following was submitted by Pottstown Community Arts. 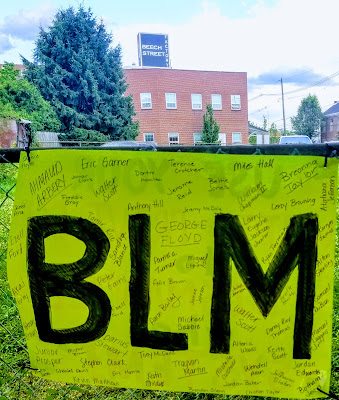 Pottstown Community Arts facilitated the creation of four  temporary art displays throughout Pottstown featuring a number of the Peace and Equality themed protest signs that were carried during the peaceful protest down High Street on Sunday, June 8.
The idea of furthering equality, justice, and healing is a pressing issue in our community that is commanding people's attention and engagement.
The goal is to provide continued awareness, as well as provide a spark to engage community members to identify issues, articulate values, and vision the future.

Signs were collected ahead of the installation and a small group of volunteers hung the signs on Thursday.
Ice House Steaks & Pizza provided refreshments outside the Ricketts Center, where some of the signs were displayed on the basketball court fence. 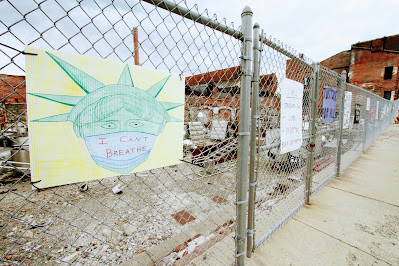 The Mayor expressed that the Pottstown Police Department officers have been very open to listening to the community's concerns around the incidents of police brutality that have been in the national news.
She said the department is also open to ideas to encourage positive relationships in the local community.
She welcomes feedback on any events 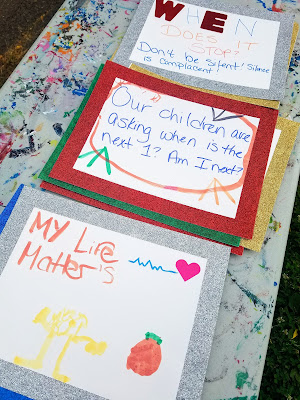 or programs that could produce more meaningful interactions.
Lindsay said "one meaningful outcome of this continued conversation for me will be more diversity and awareness training for police officers.
These trainings can be mandated at a state level or pursued individually at a department level."

Mosaic Community Land Trust, the parent organization of Pottstown Community Arts is also partnering with other local stakeholders to elevate the capacity for civic dialogue around this issue.
Lindsay said, "we have to stay on it. It can't stop at one protest march." 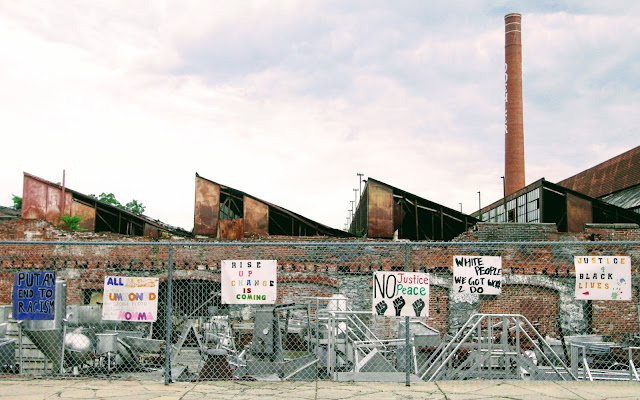