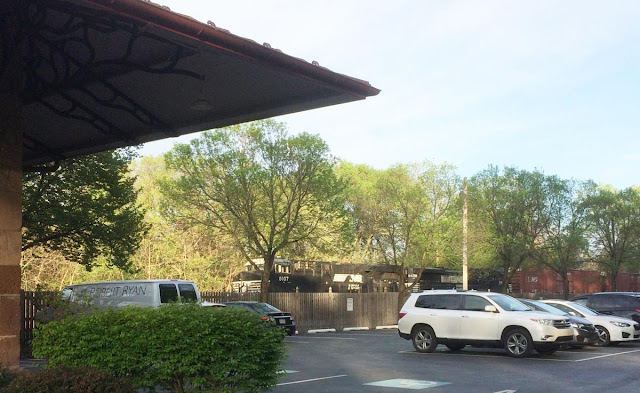 Blogger's Note: The following was provided by Barry Cassidy.

The Mayor’s Task Force will conduct a virtual public hearing at 7 p.m. Monday on an application for $3,131,700 for planning an acquisition relating to the resumption of passenger rail service to Phoenixville.
The meeting will be held virtually and offer an opportunity for people to participate.
The hearing link is https://livestream.com/accounts/28048254/events/9167598 and will have three presenters.
Local businessman Manny DeMutis will give an initial overview.
Borough Council President Jonathan Ewald will discuss the proposed train station redevelopment and planning, and development consultant Barry Cassidy will discuss the financing of the project.

The project involves acquiring land to provide for a station location and an area for 350 space parking garage, and right of way for Starr Street/Bridge Street intersection improvements.

The studies include a rail capacity simulation, a categorical exclusion study for the environmental portion of the project, and a plan for handicapped accessibility. The program also provides for several rail-related studies dealing with crossovers and signaling.

The application is being made to the Federal Railroad Administration through the Consolidated Railroad Infrastructure, and Safety Improvements grant program as a phase one effort to restore rail service to Phoenixville and points west, that was lost in 1981 in the context of the Conrail breakup.
The service was active in one form or another since 1833 and existed for 148 years.

The group is working with both AMTRAK and SEPTA and will decide which operator, or both, once the study has clarified the cost and track availability.
Monday's hearing follows a public presentation in April, 2019, in a method called tax-increment financing could use the increased property value passenger rail service would bring to fund the improvements necessary to make it feasible.
For example, a study showed that property within three-quarters of a mile of the Paoli train station is worth an additional $16,800 because of that proximity.

If rail service is returned to Phoenixville, Schuylkill Township and King of Prussia, undeveloped properties will see an increase in value.

According to Phoenixville Mayor Peter Urscheler, 44 percent of Phoenixville's working population gets to work as the single occupant of a motor vehicle.

In addition to the fact that studies show $10 million in capital improvements to the passenger rail system will generate $30 million in increased business sale, a mile of rail travel is 10 times safer than traveling that mile in a car, Urscheler said last year.
Posted by Evan Brandt at 12:00 AM