As the coronavirus-driven shut downs ravages the economy, much focus has been placed on state and federal relief packages.

Area school districts have transformed their free and reduced lunch programs into food distribution hubs, with Pottstown providing more than 14,000 meals a week.

But in the greater Pottstown area, relief has been coming from non-government sources as well, particularly churches and non-profit organizations.

Some help pre-dates the pandemic and has simply been adapted to new circumstances.

For example, for years the Archdiocese of Philadelphia has provided lunches to Pottstown's Ricketts Community Center for children in the day care and after-school programs.

Now, it literally goes out the window.

That window is invariably manned by Ricketts mainstay Hettie Webb, who provides the pre-packaged meals to any children who come to the window next to the front door of the center, which is closed.

Jocelyn Charles, the new executive director of the center, said the number of children coming to the
window keeps going up, with indications it will pass 200 a week by April 3.

Since January, the center has been run by Boyertown Area Multi-Service, which also provides meals and services to that wider Berks County community.

In a letter issued to staff and volunteers, Messinger wrote, "doing what you are doing right now is hard. The finish line for this marathon keeps moving, so we need to pace ourselves."

Urging those that need them to schedule days off, Messinger wrote, "I want you to take care of yourself and re-charge, so we can keep providing the community with the help they need during this time."

One person who needed a rest Wednesday was the Rev. Vernon Ross, pastor of Bethel Community Church of Pottstown.

From 1 to 4 p.m., volunteers at the church distributed 144 boxes of food to a line of cars that
stretched so far out onto North Keim Street that a police officer stopped by and asked them to pick up the pace.

"I think I got my exercise for the whole month," joked Ross, who worked ferrying the food to the waiting cars while volunteers inside assembled the boxes of food.

The boxes included eggs, milk, canned food included canned salmon and bags of oranges. And they were heavy.

"We had a gentleman who pulled up and tried to give us a handful of change," said Ross.

Helene Wilson, who was registering those who came for food for follow-up help, refused.

"But he insisted," said Ross as he sat back with a well-earned glass of wine.

"He said 'I just got laid off and I don't have any money and this is a big help.' It hurt my heart that he felt so compelled, that he knew he would have food to eat for a week or two," said Ross.

The food was assembled by donations organized by Pottstown churches and coordinated through the Pottstown Ministerium.

Food is also being collected, purchased and distributed by the Pottstown Area Children's Foundation.

Founded by Jim Frymoyer, who organizes a Christmas party for hundreds of children each year, the
non-profit foundation is helping to feed children at the public housing complexes at Bright Hope and Rolling Hills.

Monday his volunteers donated enough food, fruit, juice and milk to provide breakfast for the week at Rolling Hills.

They hope to do it each Monday.

The lunches were delivered by Johnny Corson, president of the Pottstown chapter of the NAACP, and Bishop Michael Anthony of Heart of God Worship Center in Pottstown.

Plenty of businesses and organizations have been helping, but many of them also need help.


The grants were made possible thanks to supplemental funding provided by Sitko Tree Farm, Pottstown, and Jason Ingle, Hill Class of 1993. 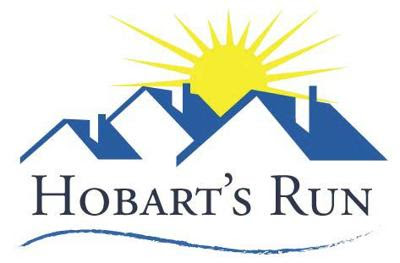 A Malvern resident and member of the Hobart’s Run board of directors, Ingle is co-founder of Closed Loop Capital, which invests in food system entrepreneurs, and Greener Partners, a not-for-profit that connects communities to healthy food.

According to a release from Hobart's Run, "if significant matching funds are raised, Hobart’s Run would like to offer a second round of funding, extending the grant to small, established Pottstown businesses which have demonstrated philanthropic contributions to our community and support for the borough’s overall economic development."

Individuals or businesses who would like to contribute can use PayPal or send a check made out to The Hill School and earmarked “Hobart’s Run Covid-19 response” to Hobart’s Run c/o 860 Beech St., Pottstown, PA 19464.

A similar effort is being undertaken by the Berks County Community Foundation for non-profit organizations in Berks County feeling the pinch due to the pandemic. 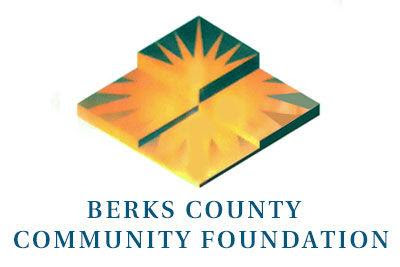 "The funding is meant to help with unexpected expenses or revenue losses that are not otherwise recoverable by the stimulus measures that the government has put into place," according to a release announcing the program.

Applications for COVID-19 Nonprofit Continuity Grants will be accepted online between April 1 and April 10. Applications will be reviewed and grant decisions announced no later than April 17. Approved grants will be distributed May 1.

“The broad guidelines and range of grant size are meant to acknowledge the reality that all kinds of nonprofit organizations in our community have been impacted in all kinds of ways, from all-volunteer groups with annual budgets of less than $10,000, to large professional organizations with many employees and budgets in the millions," said Heidi Williamson, senior vice president for programs and initiatives.

"Funding gaps will range in size and scope, which is why we’re not being prescriptive about what will and will not be funded beyond the three main requirements,” she said.
Posted by Evan Brandt at 12:00 AM