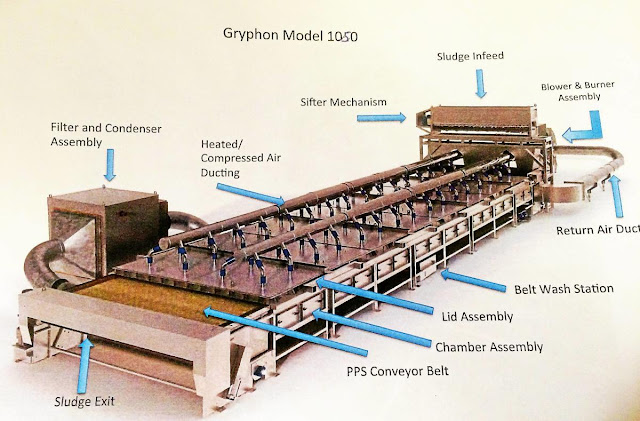 Pottstown's $5 million installation of a next generation sludge dryers is nearing its completion.

Utilities Manager Brent Wagner told the Pottstown Borough Authority Board Tuesday that the machine has been installed, but the bugs are still being worked out.

"I was down there and there were some hairy problems, but I was impressed with how quickly they were worked out, and mostly by our staff," said authority board member David Renn.

Wagner said the new dryer, whose cost is also being partially covered by Lower Pottsgrove, Upper Pottsgrove and West Pottsgrove townships, all of which send their sewage to the plant, is about five to six weeks behind schedule. 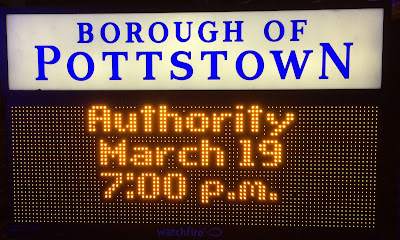 The delay, Wagner said, was due large to delays in PECO getting natural gas service to the site and into the dryer building. And the primary problem facing the plant's start up is insufficient natural gas pressure, which is preventing the heating unit in the dryer to get hot enough to dray the slewage sludge adequately, he said.

"It's all material handling," Wagner said. "It's a really good piece of equipment. It's a matter of fine-tuning the operation."

The new technology is so energy efficient, and produces a product ready for application to farm fields as fertilizer, that the savings will cover the costs in about 10 years. But first it cost more money because the technology is so new, the state Department of Environmental Protection was not quite sure how to regulate it and required additional safeguards, which drove up the cost by $1.3 million.

However it will be worth it in the end, he said, because of the quality of the dried product which comes out at the end of the process.

"It's an improvement for farmers who can use it on their fields," said Wagner, who said it "looks like a corn flake."

There is some rush to finish because while the new dryer was built, the old one had to be removed. That means for the past few months, the sewer plant's untreated sludge has been trucked to a landfill, which is extremely expensive.

The new dryer is made by Owensboro, Ken.-based Gryphon Environmental LLC and Wagner said when problems began after installation, Gryphon President and CEO W. Tid Griffin, "was on a plane that night and he was here the next day. They have been very good about working with us."

That may be because Gryphon has a lot riding on the success of the new dryer, it is one of the first, if not the first, to be used at a municipal plant. There is one currently being used at a Tyson Chicken plant, processing chicken waste, but a successful start in Pottstown will give the company a foot into the door of the municipal market.

Perhaps that's why "40 to 50 people have already been through our plant to see the new equipment," said Wagner.

But he assured the board that despite all the visitors, he is not getting distracted.  "I promise you we will get what we want," he said.

What authority board member Tom Carroll would like, on the other hand, is for the borough authority to lend a financial hand to the borough in cleaning out stormwater intakes.

He showed the board a photo of a blocked intake that he took on his way to the meeting and said maybe 80 percent of those he looked at were fully or partially blocked.

He asked the board to direct the administration to see if the authority could legally provide funding to the borough for the clean-outs using the logic that if stormwater doesn't go into the inlet, it will ultimately find its way into the sanitary sewer system, costing the authority money.

Carroll could not get any of the other board members to second his motion, but it came up again at the end of the night when the topic of a street sweeper came up.

Yerger said in each case, between two and three tons of grit and stones were removed from the streets, all things which get washed into and clog stormwater sewers if they are not picked up by the street sweeper.

Carroll questioned if the cost of doing the street-sweeping was ultimately less than the cost in man-hours to have borough staffers out cleaning out each storm inlet with shovels.


"And not only that," added Borough Manager Justin Keller. "The other questions is what are we pulling them away from to clean those inlets again and again? They could be out fixing potholes."

And with that thought, here are the Tweets from the meeting:

The Story of Sludge
Posted by Evan Brandt at 12:00 AM