Blogger's Note: The following was provided by Fair Districts PA.

A presentation on "Making Your Vote Count - Redistricting Reform," will be made at the Boyertown Community Library. 24 N. Reading Avenue, Boyertown on Monday, March 4, at 7 p.m. by a Fair Districts PA - Montgomery County leader.

Rich Rafferty, the Fair Districts PA – Montgomery County lead, will explain why gerrymandering reform is critically needed in Pennsylvania. He will also explain why the participation of a motivated citizenry across Pennsylvania is urgently needed in 2019 to change how our Congressional and state legislative maps are drawn.

“It’s important to remember,” Rafferty said, “that the 2018 Pennsylvania Supreme Court decision that forced a redrawing of our 18 Congressional district maps will expire in 2021 and the same Harrisburg legislative leaders will then proceed under the old backroom rules, resulting in another 10-year cycle of gerrymandered Congressional and state legislative maps. We need reform legislation to be adopted in 2019.”

American politicians have practiced gerrymandering, the intentional manipulation of election district lines to protect incumbents and secure partisan advantage, for more than 200 years. In a profound distortion of the Democratic process, recent advances in mapping technology and voter data collection have made it possible for those who draw district lines in Pennsylvania to capture voting districts and control election results well before a single vote has been cast.

Politicians have been selecting their voters through mapmaking rather than voters choosing their political leaders at elections. 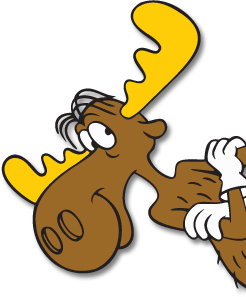 Likewise, Berks should have one to two state Senate districts within its borders; instead, Berks County has four Senate districts, three of which are split across adjoining counties.

Montgomery County, with a population of 826,075 residents, should have 13 state representatives
with election districts completely inside the county.

For example, part of Pottstown is represented to state Rep. Tim Hennessey, R-26th Dist., and all of the rest of his district is in Chester
County.

The interests of Berks and Montgomery County residents cannot be adequately protected in Harrisburg when elected officials have divided county loyalties.

Carol Kuniholm, the co-founder and chair of Fair Districts PA, said, “by any measure, Pennsylvania is among the most severely gerrymandered states in the nation. This means diminished choice for all voters. Our distorted districts yield a less accountable government that is unable to enact policy solutions or accomplish even the minimum requirement of the job -- to agree on a reasonable budget.”

Fair Districts-PA endorses redistricting reform legislation that puts redistricting control in the hands of an Independent Citizens Commission, operating transparently and with a minimum of personal voter data.

Time is short! All are welcome to attend this education event to understand the problem, the proposed solutions and how every citizen can help end gerrymandering in Pennsylvania.

Area Pennsylvania legislators have also been invited to attend.

Click here to read Wednesday's Mercury editorial on the subject of gerrymandering.
Posted by Evan Brandt at 12:00 AM