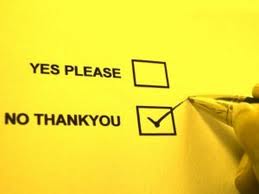 Students looking to escape "low-performing schools" won't be able to look to Pottsgrove School District as a place to get their education any time soon.

Facing a state deadline of today, the Pottsgrove School Board Tuesday night declined to take any action which would allow it to accept tuition students from "low-performing schools," as part of the state's new Opportunity Scholarship Tax Credit program, which some are calling "voucher lite."

The scholarships are part of a law signed by Gov. Tom Corbett in July that allows businesses to make donations to non-profit organizations that will provide scholarships to low-income students who live within the attendance area of a school identified by the state as “low achieving.”

The businesses which make those donations will receive tax breaks worth as much as 90 percent of their contribution.

Based almost entirely on the state’s standardized PSSA test scores, only four public schools in Montgomery County were labeled as “low-achieving” schools by the state. One of them is Pottstown High School. The other three schools are in Norristown.

The only other area that might look to send students to Pottsgrove is in Reading, where several schools were identified as "low-achieving" by the Pennsylvania Department of Education.

Pottsgrove School District Solicitor Kyle Berman walked the board through the various pitfalls the district might face if it tried to do a fast turn-around and accept students right away.

First of all, because no Pottsgrove schools were identified as low-performing by the state -- a determination made by looking at combined math and reading scores on standardized tests -- "you don't have to worry about your students wandering off to neighboring districts."

Secondly, to participate the district would have to designate which of its schools would accept students from outside the district.

Thirdly, and perhaps most importantly, the money doesn't quite work.

The Opportunity Scholarship Tax Credit program, as its called, is only for low-income students who would otherwise attend low-performing schools. It provides $8,500 for regular education students and $15,000 for special education students.

The problem is that the Pennsylvania Department of Education has set each district's tuition, Berman said, based on "real numbers," adding sartdonically, "I don't know what the legislature based their numbers on."

In Pottsgrove's case, tuition is between $12,000 to $13,000, Business manager David Nester told the board Tuesday night.

That means it would be up to a low-income family to come up with the difference between the scholarship and tuition, as much as $4,500.

"That doesn't strike me as a real option for a low-income family," said school board member Mike Neiffer.

Special education is even more complicated because the state does not set tuition for a district's special education tuition, but the scholarship only provides  $15,000.

"We have some special education students that cost $40,000 or $50,000 to educate," Neiffer said. "Are you telling me a low-income family is supposed to make up the difference? That makes no sense."

Further, the scholarship money goes directly to the family, which then in turn pays the district or receiving school and if a student is accepted and not all the tuition paid, "to the extent that they don't pay, its up to you to chase them down for the rest of the money," Berman said.

If, for any reason, more students apply to a public receiving school than it has places to offer, the students it will take must be chosen by lottery, Berman said. But once a student has been accepted, they must be given preference in allotting classroom seats in subsequent years.

However, the district only has to commit to taking students for a single year and can opt out of the program after a year's experience if it chooses, Berman said.

"Every year you have to opt-in again," he said.

"With all these areas of impermanence, we really don't see this as being educationally sound," Berman said, speaking for the district's administration.

But Pottsgrove should not view its decision to make no decision yet as unique.

Berman said so far, only two public schools have signed up to receive students through this program. Both are in Clarion County. They are Clarion Area Elementary School and Clarion Area Jr./Sr. High School.

Further, a look at the state's list of receiving schools shows that of 175 schools approved to receive students whose tuition will be partially paid through what would otherwise be in Pennsylvania's tax coffers, 144 have some kind of religious affiliation.

Berman explained that in most years, a district will have until Feb. 15 to make a decision, so the board may revisit the matter prior to that.

The board gave no indication of any desire to do that, but only time will tell.