The Pottsgrove School Board voted unanimously Tuesday to move forward with the replacement of Pottsgrove High School's air conditioning system at a cost that will exceed $600,000.

Although the board's facilities committee had only that night received a feasibility study of the various mechanical systems at the 57-year-old high school, the administration was already aware of the flimsy state of the school's chiller, said School Board President Scott Fulmer, who also chairs the facilities committee.

The system, installed in 1993, needs a part that is only available in Maylasia and would cost $40,000 to replace, he said.

Should the system fail before the replacement system is installed, the district might have to look into renting a temporary system, administrators said. 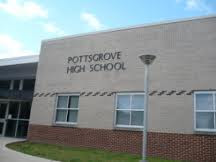 What the board decided to do is move ahead with replacing the entire system, a project that is estimated to cost $625,000.

Specifically, the vote Tuesday authorized Lancaster-based Moore Engineering Company to begin the design phase of the project, at a cost of $25,794, a cost which is part of the overall price tag.

Facilities Manager Mike Katzenmoyer said the project would require 12 weeks of construction time and could be done over the winter when the system is not being used.

He also said the project can be designed with minimal disturbance to classroom instruction.

That's another reason why the administration recommended moving ahead with this project, rather than take the time to review the entire feasibility study, prioritize which projects should move forward, and put all the work out to bid as one job.

That's one approach school board member Mike Neiffer wanted to see explored. "I think we might get a better price with some economies of scale," he said.

Katzenmoyer countered that while that is likely true, most of the other project identified in the study would be major disruptions during the school year and the administration believes the projects can be phased over several years to be done during the summer months with little disruption to school.

Much of the money to pay for these projects is already in the capital budget, which stands "just shy of $7 million," according to Pottsgrove Business Manager David Nester.

However, all the projects together do add up to more than is currently available.

"There was concern on the board  about borrowing additional money, so we've been setting aside money in the capital budget for several years," said Nester. "The idea is that we would chunk this up into phases and do as much as possible with what's in the capital budget."

Superintendent Brad Landis noted that by stretching the work over several years, some of Pottsgrove's bonds could be paid off or re-financed at better rates to free up money money for capital projects.


For now, the administration and facilities committee needs time to review the feasibility study and discuss which projects should get the highest priority," Fulmer said.

But the priority posed by the failing chiller in the air conditioning system does not need any further study, said Fulmer.

"We felt we need to do this ASAP," Fulmer said. "That chiller could go any minute."