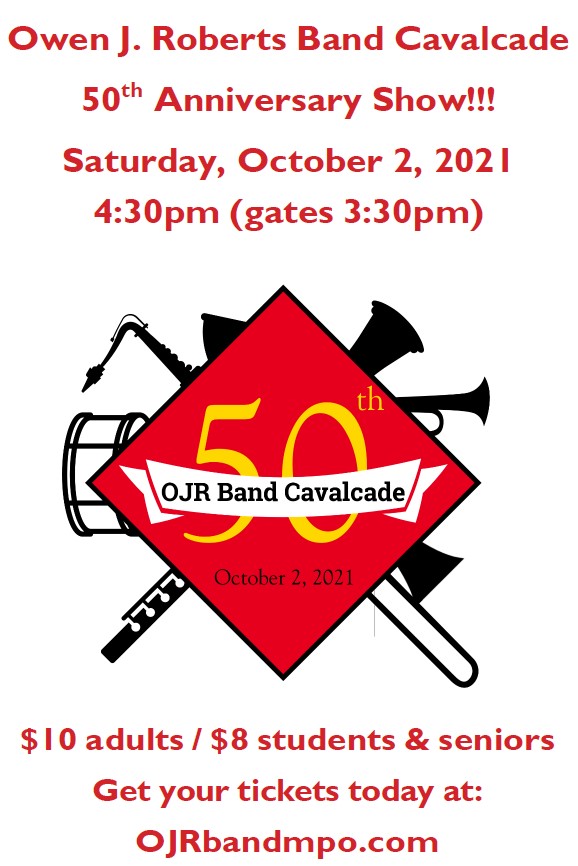 Today's band cavalcade at Owen J. :Roberts High School will mark the 50th anniversary of the school's first-ever cavalcade in 1971.
Band director Todd Mengel has arranged for an Alumni Band event in which at least 156 former band and band-front members will attend.
"Those of us who are participating are very excited," according to Heather McCreary, who marched as a flute and tenor saxophone played in 1983.
"There is a woman, a baton twirler, from the very first cavalcade coming, 1971 and many others," McCreary wrote in an email.
Here is the schedule for today's events:
Posted by Evan Brandt at 12:00 AM