Last week, I took a stand for the 5,000 households I represent in Limerick Township, by submitting a public comment opposing the proposed rate increase by Aqua Pennsylvania Wastewater Inc., saying that the utility’s large and abrupt rate increase would amount to a doubling of rates for most of the township’s wastewater customers and would impose significant financial hardship on many.
The proposed rate increase is the first opportunity Aqua Pennsylvania has had to raise the
rates as fees had been frozen for the first three years as part of the agreement between Limerick Township and Aqua Pennsylvania at the time of sale in 2018.

It is unimaginable that the cost of providing sewer service — through an already well-maintained system — to Limerick Township residents has more than doubled in those three years.

As a public servant representing a vulnerable population hit hard by the pandemic, I’ve taken a stand against the proposed rate increase.

Aqua Pennsylvania wants to raise the average Limerick resident’s sewer bill from $35.36 to $72.94 to provide the same service they have received for years.
This astronomical rate increase would pose a significant burden on a public either still dealing with or recovering from the financial impact of the COVID-19 pandemic and would be particularly punishing on our many senior citizens who live on fixed incomes. I’m urging the PUC to reject this rate increase request.

I encourage you to voice your concerns about the rate hike by sending a letter to the PUC at P.O. Box 3265, Harrisburg, PA 17105.

As The Mercury reported Aug. 26, the filing with the Pennsylvania Public Utility Commission was made on Aug. 20 and the announcement makes no mention of the purchase of the Limerick system, saying instead that the rate increase is needed for "the recovery of $1.1 billion the company has prudently spent to upgrade its distribution and treatment systems."

The rate hike proposal is part of a statewide rate hike for both public water and public sewer systems owned by the private company. 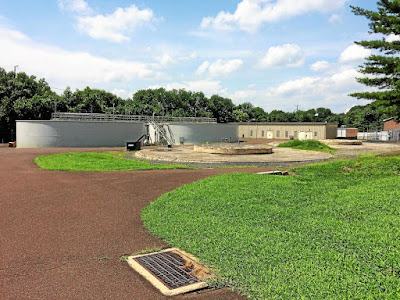 It should be noted that the rate hike is nowhere near a guarantee. It must be approved by the PUC before it can go into effect.

According to its announcement, if the rate hike being sought statewide by Aqua is approved by the PUC, "a residential water bill for a typical customer using 4,000 gallons per month (would increase) from $69.35 to $81.32, an increase of $11.97 a month" — a hike of roughly 17 percent.

The company announcement also notes that "the average monthly residential wastewater bill would increase from $55.51 to $73.95" — or roughly 33 percent.

Any new base rates set by the PUC for either water or sewer would not be effective until 2022.

But the increase in Limerick is proposed to be much higher.

According to a letter received by Aqua customers in Limerick, should the full rate hike be approved by the PUC, residential customers in Limerick would see their bills climb by 89.6 percent, from $37.59 per month to $71.27 for those using 3,800 gallons per month — more than $400 per year.
And indeed, the rate hike request in Limerick should not come as a surprise to those familiar with the sale of the system three years ago. Contingent upon that sale was a rate freeze for three years, a freeze that expires in September.

As The Mercury reported three years ago, "the current average monthly rate of $38 could jump to $70 when the rate freeze enacted as a condition of the sale expires, according to documents filed as the sale was being considered by the Public Utility Commission."

"That would push the annual average rate for sewer service up by $384 — from $456 per year to $840, according to figures contained in the public documents related to the sale," The Mercury reported three years ago.
Ciresi is certainly not the only customer who is upset, or who is speaking out.
During the Sept. 7 Limerick Supervisors Meeting, resident Preston Lutweiler said the way the  township characterized the deal to sell the sewer system was "intellectually dishonest."
Calling it a "shell game," the retired civil engineer said sewer customer bills will go up so supervisors can pat themselves on the back for not raising taxes, and undertaking capital projects that benefit all taxpayers, even though the financial burden is being borne by the sewer customers.
"Now the supervisors can spend freely without any tax consequences while my sewer bill goes up," Lutweiler said.
Resident June Landis said if the Aqua rate is approved, her bill will go up by more than $1,300, more than her entire property tax bill for 2021.
"This deal was presented as such a good deal for the township, but it doesn't feel like that to me," Landis said. "The supervisors saw golden opportunity to get a fast nest egg, without justifying a need or have much discussion. I feel like I'm paying for sewer plant all over again."
She concluded "I do not have a say in how Aqua runs its plant, but I do have a voice, and a vote, and I will use it to express my feelings on the way this township is run."
You can read all the Tweets from that township meeting by clicking here.
Posted by Evan Brandt at 12:00 AM