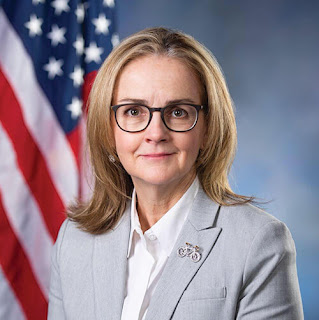 Blogger's Note: The following was submitted by the office of U.S. Rep. Madeleine Dean, D-4th Dist.Rep. Madeleine Dean’s Fairness in Orphan Drug Exclusivity Act recently passed the House of Representatives with an overwhelming bipartisan vote of 402-23.

The bill closes a loophole that could be used to block pharmaceutical competition and prevents innovative treatments for opioid use disorder from coming to market.

“It was great to see the overwhelming bipartisan support for this legislation that will allow new treatments for those with opioid use disorder,” Dean said.
"I am grateful to House leadership, Chairman Pallone, and Rep. Veasey (D-TX) for their work to get this bill passed with an overwhelming bipartisan majority — I look forward to its swift passage in the Senate and being signed by President Biden."

For decades, The Orphan Drug Act of 1983 has provided incentives for prescription drug manufacturers to develop products to treat rare diseases — including an exclusive seven-year marketing right for therapies that receive an orphan drug indication.

For a drug to qualify for orphan designation, certain criteria must be met:
Because opioid use disorder affects millions of Americans, the first criterion does not apply to new opioid medications.

However, a loophole allows manufacturers to obtain seven-year market exclusivity under the second criterion by “piggybacking” on the orphan drug status of an older drug – even if they expect to easily recoup their R&D costs on the new version.

The Fairness in Orphan Drug Exclusivity Act would close this loophole by making a minor update to the Orphan Drug Act – requiring all drugs that obtain seven years of market exclusivity under the second criterion to show that they have no reasonable expectation of recovering R&D costs through sales in the United States.
Posted by Evan Brandt at 12:00 AM