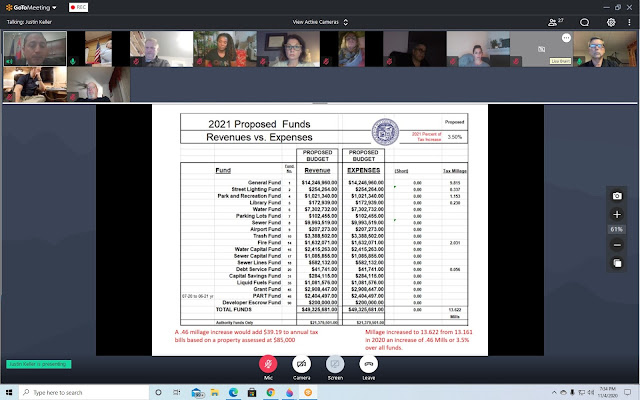 First the good news. The staff at Pottstown Borough Hall has managed to reduce the deficit in the general fund of next year's proposed budget by $71,370.

The staff has proposed that the remaining budget gap of $404,803 be filled by a combination of pulling $142,976 from reserves and raising taxes to generate the other $261,827," Borough Manager Justin Keller told council at Wednesday night's work session.

The budget draft presented last month called for using $293,384, so the savings were applied to reducing the amount taken from reserves, not reducing the tax hike. 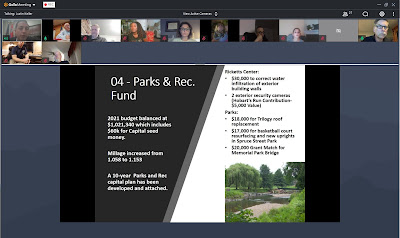 The draft budget now also calls for increasing the millage levied for the parks and recreation budget by .095 mills. Keller said this is due to the need to start building a capital projects budget as has been done for the general fund, the fire fund and the water and sewer funds.

The borough has to start planning to replacing aging playground equipment, as well as re-paving the parking lot at the BMX track at memorial Park and other projects.

That's up more than $10 from the $28.12 estimate given last month when the budget draft was first presented publicly to council. 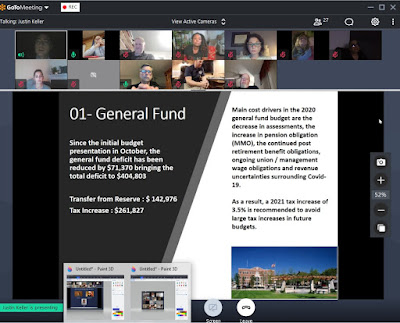 Councilman Michael Paules asked the only question about the budget plan during Wednesday's meeting."How do we justify raising taxes while giving out raises?" asked Paules. The budget contains contracted raises for police officers, non-uniformed union workers as well as managers.
"It's contractual," Council President Dan Weand said of the police and non-uniformed worker raises.
"People aren't going to care," Paules replied. He suggested that perhaps some managers could delay taking the raise to help the budget.
Keller responded that this year, when non-uniformed workers received a 4 percent raise, managers only received 2 percent, plus a 1 percent performance bonus. He its important that the managers be paid more than those they are managing.
Council will vote Monday on whether to advertise the draft budget so it can be adopted by December.
Click here to see the Tweets from the meeting.
Posted by Evan Brandt at 12:00 AM