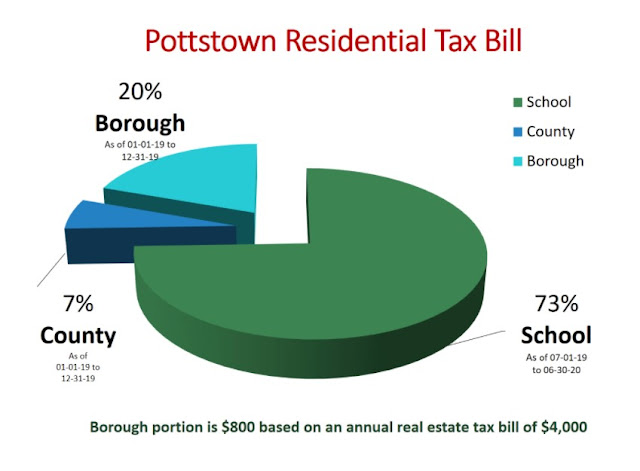 Borough Manager Justin Keller and Finance Director Ann Maletsky said a mix of positive and negative several factors are affecting the budget, including Pottstown's perennial problem -- a loss of assessed property value, this year about $4 million. 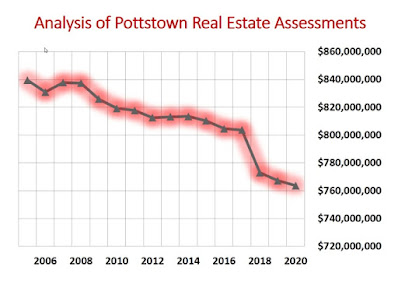 That equates to a revenue loss of about $60,000 before budget calculations even begin. And, as assessment losses grind on, year after year, it means that even though the budget draft calls for spending less money than 2015, taxes continue to creep upward.

Also problematic is a deficit of about $500,000 in the trash fund, brought about, Keller said, by the COVID-19 pandemic. With more people out of work, working from home and learning from home, more trash is going into the receptacle in the kitchen instead of the one in the office or the factory floor.

Keller said a surplus in the fund can cover the deficit for now, but coming on top of a $300,000 deficit covered from reserves in the previous year's budget, "that's something we're going to want to keep an eye on," said Keller. 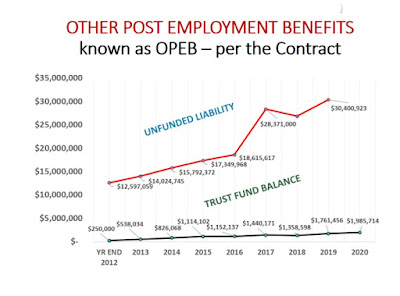 That particular "unfunded liability" now tops $30 million and requires the borough to set aside $250,000 every year just to try to sock away enough money to pay for those expenses when they come online, Keller said.

However, that liability was capped last year, when the new five-year police contract eliminated post-retirement health care for new officers.

The budget proposes a 4 percent wage increase for management staff to keep pace with the 4 percent wage hike police and non-uniformed union workers will see in 2021.

There are some bright spots to the budget however, said Keller. 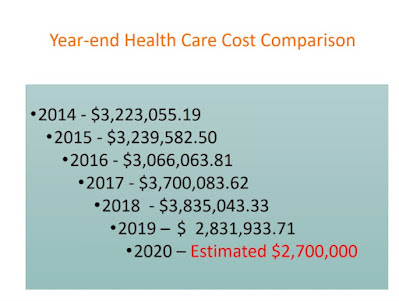 Also up in the beginning of the year, more than 6 percent, were earned income taxes, meaning people in the borough were earning more money.

However by August, when the lay-offs and furloughs from the pandemic begin to kick in, there was a precipitous 4 percent drop-off in revenues.

To be conservative, the budget draft estimates earned income taxes at 6 percent lower.

"We built this budget under the assumption that the effects of COVID will be with us at least halfway into 2021," Keller said. 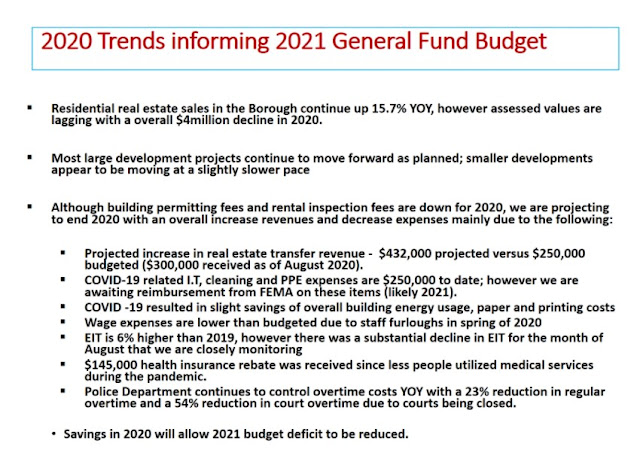 Wage expenses were down due to pandemic-driven furloughs, as well as utility costs and printing due to so many borough employees working from home, although the pandemic also increased cleaning costs. 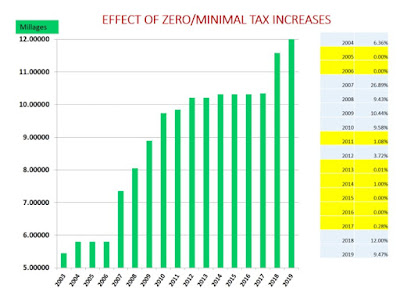 Also, police have reduced overtime by 23 percent and reduction in court overtime of 54 percent due to both district courts being moved to the former train station across the parking lot from the police station.

Keller said the police are also increasing their training budget targeting diversity training and training in how to de-escalate situations.

And the borough has successfully lowered its health insurance costs, reducing it by more than $1 million in just the last two years, Keller said. 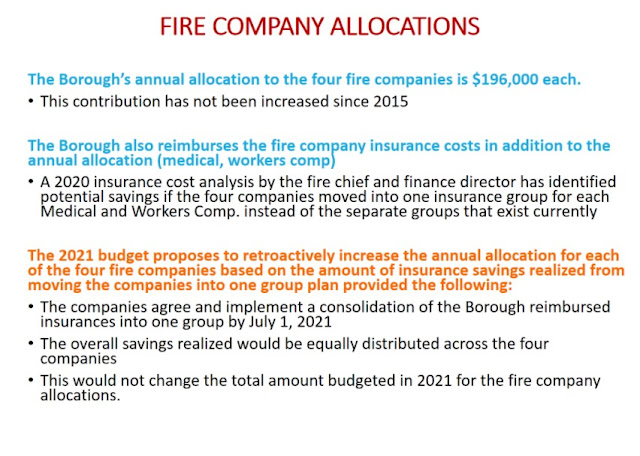 The budget also continues the practice of maintaining a five-year capital projects budget, and Keller said he wants one begun for the Parks and Recreation Department as well.

A capital fund for the fire department is also being constructed to help pay for new fire trucks, one of which will be purchased in 2021 and funded largely through a grant. 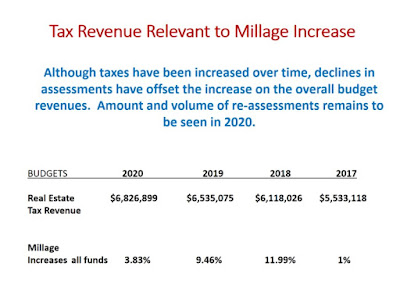 He also reported that the borough may have found a way to increase the money provided to the fire companies without raising taxes.

All four private fire companies each use four different insurance health and worker compensation policies for their paid driver/firefighters.

Keller said its likely savings can be achieved if all four companies agree to put all their drivers on the same health and worker's compensation plans.

That savings, he said, can be returned to the fire companies in the form of an increased borough contribution. "The ball's in their court," he said.

Staff and council's finance committee will continue to work on the budget through December and Keller said there are still two crucial pieces of the puzzle missing; the final assessed property figures and a final number for health insurance.

"I've been through a number of these and this is a really, really good start," said Borough Council President Dan Weand, who also heads up council's finance committee. 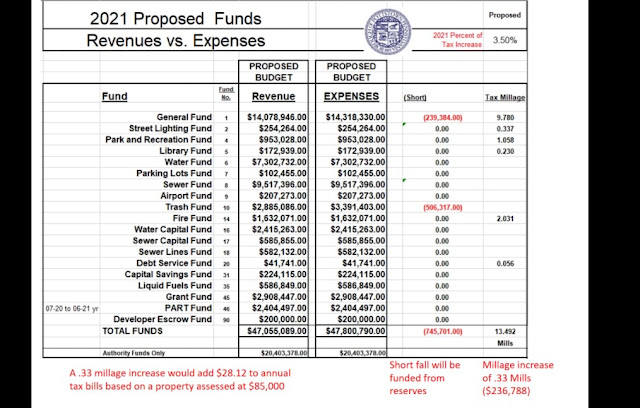 The other thing people will notice soon enough is the closure of the 63 year-old King Street bridge over Manatawny Creek. PennDOT is completely replacing the structurally deficient bridge, as it did the High Street bridge over the creek in 2012.

The bridge carries about 9,000 vehicles per day over the Manatawny Creek. The new bridge will have bike lanes and eight-foot sidewalks instead of the current four-foot sidewalks.
The last time PennDOT was in town in 2017 to talk about the project, the price was estimated at $3.5 million and was supposed to begin last July and last six to nine months. Evidently, it will now take at at least 15 months or longer.

Mayor Stephanie Henrick dampened fears that the borough would cancel trick-or-treating this Halloween.
During her report, Henrick said Trick-or-Treat will occur, as always, between 6 and 8 p.m. She urged everyone to conduct themselves safely in terms of coronavirus protocols.
For more, click here and check out the Tweets from last night's meeting.
Posted by Evan Brandt at 12:00 AM