Although it appeared nowhere on last night's agenda, people interested in reinstating athletics in Pottstown Schools managed to make it the top subject of discussion during the school board meeting.
"Please allow Pottstown Student Athletes to play their sport like all the other schools are doing. They need an outlet," Jessie Cushman posted during the school board meeting.
"Sports are a major part of a curriculum in the school year. I would not be where I am today without the sports I interacted in," wrote 2017 graduate Olivia Lopez. "Please let the kids play they need the interaction that they’ve been missing since March!"
"Please reconsider the decision to cancel the fall and winter sports season. All the surrounding districts students will be competing in athletics this week, while our children watch," wrote former school board member Kurt Heidel. "I have not seen one program from the district to keep our students healthy and exercised. Why is the board intentionally hurting our kids?"
This last sentence raised a few eyebrows among the school board members.
"You think we are intentionally hurting kids? That's honestly what you believe?" board member Laura Johnson asked Heidel.
"I believe the board jumped the gun cancelling athletics. When all neighboring districts went to open athletics, the Pottstown District refused to even discuss the issue," Heidel replied. "I have seen no programs to keep our students exercised. That seems intentional."
Johnson fired back, "are you unaware of the workout groups or are they just nothing to you? If we had athletics open you know other folks would be accusing us of intentionally harming the kids for that choice," she wrote. "I just wish there was enough civility to strongly challenge decisions without the character assassinations."
"It should be the parent’s decision. We should’ve been able to have an opportunity," wrote Marc Christopher.
Parent Stacey Steele wrote "My senior XC runner is ready to compete! How are all the other schools able to do it and we can't?? Wear a mask on the start put it on your wrist and put it back on at the finish."
The school board voted 8-0 in August to have Pottstown athletes opt out of fall sports.
Having already voted in July for an all-virtual return to school for the first semester, the school board members were in agreement over the possible mixed messages over allowing sports with no in-person schooling.
Since then, workout sessions are being offered to athletes, but no competition. 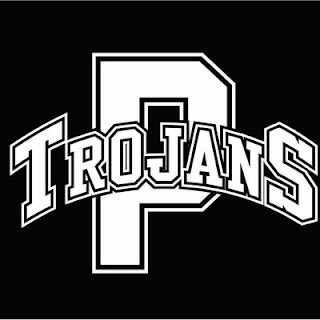 The issue of athletics has fractured the near-unanimous decision by most school districts in the region to start the year with online education in an attempt to stave off a rise in coronavirus infections likely to occur in a traditional classroom settings.
Gov. Tom Wolf has recommended against allowing athletics this fall but the PIAA, which governs all scholastic athletics in Pennsylvania, has left the decision up to individual school boards.
Some districts have split the difference by offering limited athletics; some only allowing specific sports that have little close up contact  like singles tennis and golf.
Others have gone further and throughout Southeast Pennsylvania, the call for a return to sports has gotten louder, in some cases spawning protests.
"Maybe we should get all fall sport kids and parents together for a protest at the high school or administration building," wrote Eric Miller Miller wrote.
"They obviously didn’t ask the students or parents what their opinions were on canceling sports. I never got asked, nor did either of my kids."
"Myself and many others feel the school board has done nothing more than turn their backs on the kids and took the easy route by canceling fall sports," wrote Miller, who also questioned why each of his comments was not read during public comment.
This and other similar observations also spawned a secondary discussion about improving the way public comments are offered during school board meetings, which are now held via Zoom and Facebook live video.

Currently public comment is taken through reading the comments people post alongside the live video of the meeting, which is where people were asking the board to resinstate sports.

But after some comments were skipped as the result of a policy that asks Superintendent Stephen Rodriguez to skip "back and forth conversations" in the comments, board member John Armato saw the need for a change.

He suggested that a method be found to allow residents to address the board directly, as was done when meetings were held in-person. Those who wished to speak signed up and were given three minutes to say what they wish.

Board member Thomas Hylton noted that Pottstown Borough Council has managed to find a way to allow public comments this way.

"We need to provide people with three minutes for hearing from the patrons," said Armato. "There are 80 comments on tonight's meeting. We need to be sure patrons have a clear voice."
"Sadly, for a lot of people, there is a great deal of distrust. I will do everything I can to make sure people can trust everything I say, as well as the board and administration," he said.
Noting "we want the students to return to class and sports as soon as possible," Pottstown School Board President Francis told those commenting "we listen to what you're saying and we don't really dialog about it. But then we go back to committee meetings and we do. It's very valuable."
Board Vice President Katina Bearden defended the school board's decision and said it had "made the right decision." She said she understood parents' and students' frustration, adding "There would be even more frustration if we had "toggled back and forth like some other districts did."
Johnson and board member Bonita Barnhill also offered up a defense.
"We did what we did so our students could have a good life," said Barnhill,
"The reason we said no to sports so early on is because we were telling families your kids can't come into school to learn," said Johnson.
"I don't see telling families you can't come into school but we're bringing back sports, including high contact ones," said Johnson. "There are things even more core than sports."
Armato, a longtime wrestling coach who currently serves as the district's director of community relations and once served as its director of co-curricular activities, recommended the district begin discussions on a plan for return to both the classroom and athletics.
"People would prefer public discussion of a clear game plan," Armato said. He noted he observed try-outs for the district musical recently and remarked it  was done in socially distanced manner with safety precautions which might be applied to some athletic and co-curricular activities.
"Can we look at transitioning back into the buildings? Absolutely, and that's what we're doing," said Bearden.
But both Bearden and Francis cautioned against moving too quickly.
"I want everything to be back to how it was. The reality for us is it may be a little while. Don't want to make decisions out of pressure," Francis said. The pandemic is moving into a critical time with flu season looming and "we would be foolish to move too quickly."
Rodriguez thanked the board for their service and deliberations.
"You are being Solomon for this community and there are those who agree with you and those who don't," Rodriguez said. "I waffled myself on this issue."
Posted by Evan Brandt at 12:00 AM