Thursday, July 30 was an evening of fire, smoke and terror.

That evening -- when the Ashwood Apartments were destroyed by a blaze that required the services of 30 fire departments to extinguish -- was also an evening of heroes, and of kindness from next door and across the country.

And Monday evening was a time for recognizing those heroes.

The North Coventry Township Supervisors provided the public platform for that recognition by both the public, and by family of those rescued.

When first responders arrived at 7:20 p.m., they saw flames and smoke pouring from the third floor windows and roof of the building.

"The fire, unfortunately, was out of control," said Matt Deichert, officer in charge of the North Coventry Police Department.

Among the first to answer the call that night were Fire Chief Joe McMillan, who made his way to the third floor and kicked in a door to rescue a resident who was already laying on the floor in the heavy smoke, according to Chuck Hipple, assistant chief at the Norco Fire Company.

He was assisted by firefighters Jake Sayville and Jimmy Keck, said Hipple.

Also among the first to arrive was North Coventry Police Officer Shane Woodrow, who was off-duty at the time. But that did not stop him from rushing into the building and knocking on doors and directing residents out of the building, said Deichert.

Police Corporal Andrew Zinger was in charge of that night's shift and when he arrived he helped evacuate residents. As more officers arrived, Woodrow went back to police headquarters and answered other police calls not related to the fire, according to Deichert.

Zinger and several other officers prevented one resident from leaping from a third floor window, keeping him calm until a ladder could be brought to bear, and the resident brought down safely, said Deichert.

In the meantime, police officers Andrew Templin and Victor Marchese were clearing residents from the 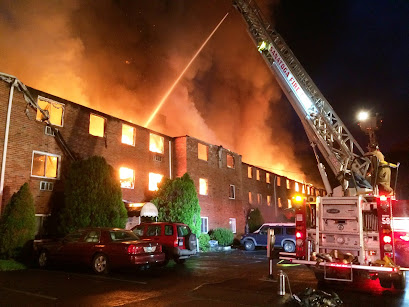 second floor. Outside, they were informed that there was still a resident stuck on the third floor.

"My sister has a hard time walking, especially with stairs and once she gets up them, she stays there," Sweat told the supervisors Monday night.

She had made her way to the top of the stairs holding her daughter's and granddaughter's hand, but she lost touch with them and became disoriented, said Sweat.

"She just sat down and figured there was nothing she could do," said Sweat. But Barbara's daughter and granddaughter ran down the stairs and found Marchese and Templin.

The two officers ran into the building and the smoke was so heavy even Marchese got disoriented, said Deichert. "But he said officer Templin gave him a nudge in the right direction" and then they saw the flashlight from Barbara's phone.

"They grabbed her and they ran," Deichert said.

"Those guys are super-heroes," Sweat said Monday. "They have a big 'S' on their chest and as far as I'm concerned they wear capes." 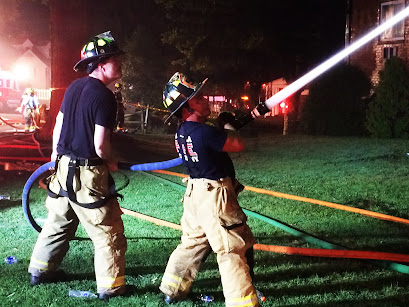 "Had it not been for those guys, my family would be in mourning right now. We would be burying my sister," said Sweat.

Later, "we asked that they call those two officers, and we stood out in the parking lot to thank them," Sweat said. "We wanted them to know how much we appreciated what they did."

He said he asked them "what made you guys run into that building? You had no masks, no air tanks. These two officers are heroes. There is no other way to describe them."

It's very humbling," Hipple said of Sweat's appreciation. "We may wear different uniforms, but we're all on the same team."

"It really shows you that when you show up, you never know what you'll be faced with," said 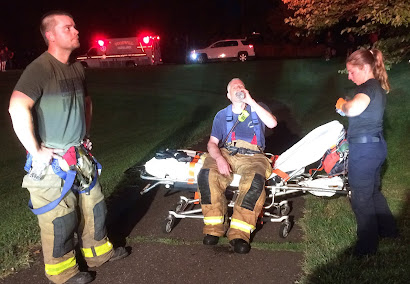 "All residents were accounted for," and school buses from the Owen J. Roberts School District took the more than 100 evacuated residents to the Norco firehouse where the Red Cross was waiting, said Deichert.

"The response from the community has just been unbelievable," said Marks.

In addition to the clothes, pet food, baby supplies, toiletries that were dropped off the night of fire, contributions continued to roll in.

The fire company received $22,000 in cash to help the residents, "and that's not counting the checks or the Pay-Pal, or GoFundMe efforts," Marks said. "It's a community response we can be proud of."

And those donations didn't just come from North Coventry.

In addition to other localities, Marks said donations came "from all over the country; from Washington state, L.A., Michigan, Ohio, Massachusetts and New Jersey. Say what you want about social media, but when it comes to things like this..."

Township Manager Erica Batdorf said Chester County has lent a hand, particularly trying to line up housing for those left homeless by the fire.