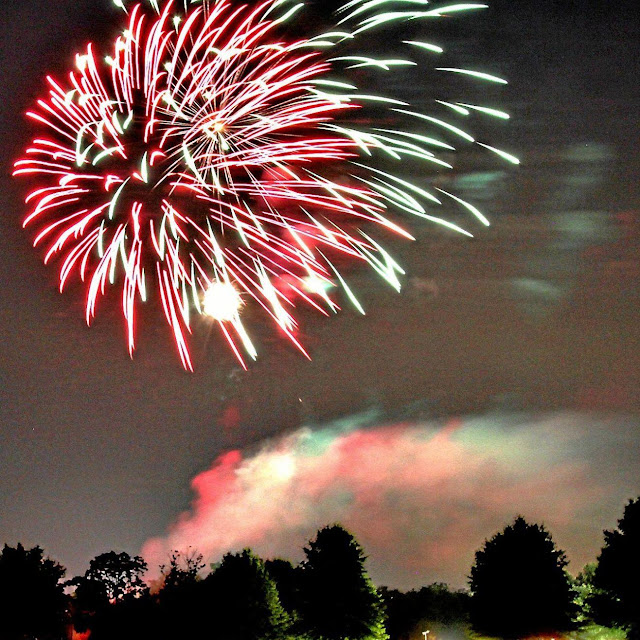 The coronavirus has taken another public victim -- a big, fiery fireworks display, and other associated fun.
The organizers of the GoFourth festival, who had moved the event from July 4th to Labor Day in the hopes of conditions allowing for fireworks and festivities, have canceled the event for 2020.
"With the current COVID safety regulations regarding outside events, the event is just not plausible," said Amy Francis, who co-chairs the event with Amy Brangaccio Wolf.
"Most importantly, we appreciate the fact that it is simply not worth taking such a potentially large health risk for the community at large for one afternoon of festivities," she wrote in a text.
"We are looking forward to making 2021 Pottstown GoFourth! bigger and better than ever for the people of Pottstown," she wrote.
The money already raised for the 2020 event will be carried forward for 2021,
In addition to forcing the cancellation of the Pottstown Volleyball rumble in June, other events planned for Memorial Park have also been canceled.
On July 8, the organizers of the PowWow on Manatawny Creek, scheduled to take place at the end of August, announced that the event has been canceled.
Also canceled is the Bark for Life event in the park, originally scheduled for Sept. 19, part of the American Cancer Society's Relay for Life fundraiser.
Another popular event has been canceled as well — this year's Fete en Blanc, originally scheduled for Sept. 18 in Smith Family Plaza.
However, one thing that will go boldly where it has gone many times before is the annual Rotary Club Duck Race, which is more easily undertaken with proper social distancing protocols.
"Rotary was planning to conduct the Twenty-ninth Annual Duck Race in conjunction with their events in the park," wrote Rotarian P. Richard Frantz.

"Because many certificates have been sold by our participating non-profit organizations, we are obligated and committed to conduct the race in some form and select prize winners. At this time, we do not know how or when, but it will happen sometime in September," he wrote.

"Certificates can be obtained from the participating agencies and any member of the Rotary Club."
Posted by Evan Brandt at 12:00 AM