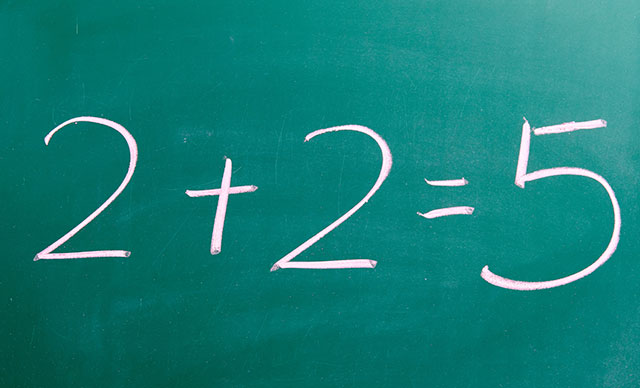 Despite the fact that the Pottsgrove School Board has adopted a budget that doesn't raise taxes, property taxes may go up anyway due to a screw-up in Harrisburg.

If the error turns out to be confirmed, it will affect all school property tax bills in Pennsylvania, not just in Pottsgrove.

Business Manager David Nester informed the board that he is hearing there is an error made by the Pennsylvania Budget Secretary in calculating casino revenues. That funding provides tax relief by cutting the tax bill of every registered homestead and farmstead in the district by about $299, Nester said.

Since the homestead exemption was first created as part of the Act 1 tax reform in 2006, the district has received a constant amount of $1.5 million.

As happens every year, Nester said his office was notified May 1 that the revenues from casino gambling had been certified at $621 million.

"Last week we were notified that the Pennsylvania Budget Secretary was going to re-certify the amount," Nester told the Pottsgrove School Board last night.

None of this has been confirmed yet, said Nester, observing, "I'm having a hard time believing they made a $300 million calculation error."

"This information is moving fast and I think I'll be getting a day-by-day or even hour-by-hour update, he said.

Unlike property taxes, the homestead exemption doles out tax relief equally among homesteads and farmsteads, no matter what the property assessment is. Thus a shortfall would hit all equally.

"Every time I hear it, it makes more sense and I get even angrier," said Pottsgrove Superintendent William Shirk, mentioning the many sacrifices that had been made to deliver a budget that does not raise taxes in the coming school year.

The only way to ensure Pottsgrove taxpayers get the tax bill they were expecting, Nester said, "would be for us to lower taxes and then we would incur the loss instead of the taxpayer."

School Board President Robert Lindgren offered up the opinion that "I don't think that's the end of the bad news."

He said the state budget is likely to be as deeply affected by the statewide three-month shut down of businesses in order to stem the growth of the coronavirus pandemic.

"I know the governor opened up middle part of the state with his code yellow, but we don't make money in the middle of the state," Lindgren said.

"We make money in Pittsburgh and Philadelphia and until we open up those areas, the budget hole for this year will continue to grow and continue to be a disaster," he said.

Nester said he is hearing that state subsidies for school districts will be the same as last year, and that district's would be able to keep money obtained through the federal CARES act.

"I hope you are right and I am wrong, I really do," Lindgren replied.

The news followed comments by Shirk, and Nester's news provided ample evidence, of the difficulties school districts are having planning for the coming school year.

The rules, and information, change almost daily "and there are a lot of different moving pieces," he said.

That includes whether the school district will continue to provide food over the summer as it has since March. Shirk said there will be at least two more weeks of meals, but beyond that remains an open question.

His office plans to issue a district-wide survey to parents next week trying to get a sense of how, or if, they want to see schools open in the fall.

What would the community be willing to accept regarding buses, virtual learning versus face-to-face learning, special education. "We want to get a sense of what they're comfortable with."

Rather than wait until mid-July when discussion of plans for the coming school year are often begun, Shirk said some decisions will have to start being made as soon as two weeks from now.

Shirk noted that there is some talk of re-opening schools "with social distancing," which Lindgren called "the worst kind of possible answer."

That would mean classes with 10 students, not 30, which could only be obtained with multiple bus trips every day, or a combination of virtual and actual classroom experience.

"How do you maintain social distancing in the halls when you have 1,000 kids in the high school trying to get from one of the building to the other in four minutes?"

"Maybe that sounds good in Harrisburg, but it doesn't work," Lindgren said.

"The money needed to match this model doesn't exist," said Shirk. "We have to work within the confines of what we have."

Lindgren said he believes schools should open in the fall as normal, "with no social distancing."

He holds this belief, he said, because of the example of the USS Roosevelt, the aircraft carrier that came back to port because so many of its sailors had contracted coronavirus.

"There are about 4,800 sailors on an aircraft carrier at sea," said Lindgren, who is an officer in the naval reserves and served in Afghanistan.

"When all was said and done, 23 percent of those sailors had the disease, which is 1,123. Of those, seven were actually hospitalized and of those, one died. That's what happens with this age group of 24 and younger," Lindgren said.

"Generally, they are not at risk and then everyone says they don't want to put people at higher risk exposed, well that's who should have been quarantined in the first place," he said.

"That is what the science tells us to do," Lindgren said. "That's the conclusion you reach when you think logically and don't let fear guide your decisions."
Posted by Evan Brandt at 12:00 AM