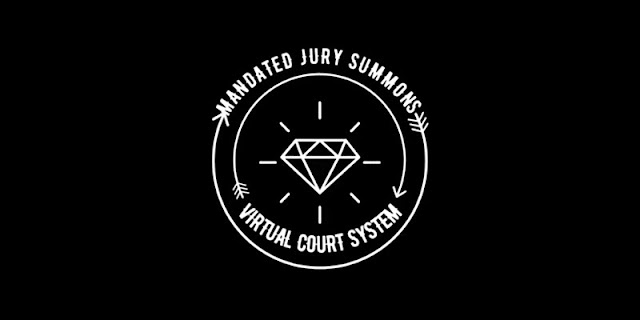 Blogger's Note: The following was submitted by The Hill School.

The Hill School's Ellis Theatre Guild will be presenting its first-ever virtual performance this week. Jury Trial is an original play written by Director of the Center For The Arts Chris McGriff.

More than 30 Hill School students make up the three casts. They all have been working hard from home to present this one-of-a-kind production.

Each performance of Jury Trial is split into two episodes, which will take place live online Thursday, May 14 through Sunday, May 17. Free tickets are available at www.thehill.org/JuryTrial.

"I went to Disney World earlier on in the year and was so surprised to see that even in The Happiest Place on Earth, everyone was glued to their phones," said McGriff.

"If you go anywhere in public, stop, and take notice, people are living in another world -- a digital one. If that's the path we're on, then what will it look like 20 or 40 years from now? More importantly, what will it take for us to change? COVID-19 is absolutely terrifying, and I think it's been an interesting wake-up call to all of us to look up and appreciate the beauty of the world and loved ones around us," he said.

Set in the year 2040, "Jury Trial" is a fast-paced, edge-of your seat thriller/mystery.

In the future, all criminal cases take place online via a Zoom-like chatroom platform called the "Criminal Sentencing Portal." A terrible crime has been committed, and now a jury must deliberate the case and decide on a verdict while being streamed live to the world.

The clock is ticking as they race against time to combat a powerful Artificial Intelligence known as the ONYX. No one is safe, and everyone is a suspect. Jury Trial promises to be a new kind of theatrical production that you will not soon forget.

"It has been a lot of fun to be able to incorporate film-level acting and subtle emotional choices that usually would not work in a large auditorium into Jury Trial," said McGriff. "Our biggest challenge is the fact that we're presenting each performance live, so anything could happen. Prepping for that has been a great learning experience for all of us."

This production is rated PG-13 for suspense and mild language.
Posted by Evan Brandt at 12:00 AM