The Phoenixville School Board held off on adopting a new policy to deal with teen smoking and vaping on campus Thursday with board members were sharply divided over whether fines should be imposed on the offenders.

Several board members, including Jeesely Soto, Lisa Longo and Lori Broker are against a proposed policy that would fine students $100 per offense after the first.

After the first offense, the draft policy change calls for the student to go to a workshop outlining the dangers of vaping.

Although the draft policy change applies to all tobacco, the increased use of e-cigarettes is of primary concern.

In December, Surgeon General Jerome Adams declared youth e-cigarette use an epidemic and the Food and Drug Administration plans to publish proposed new regulations next month aimed at curbing use by teens.

Monday, the national Centers for Disease Control and Prevention released the results of its annual National Youth Tobacco Survey.

"The skyrocketing growth of young people's e-cigarette use over the past year threatens to erase progress made in reducing youth tobacco use," CDC Director Robert Redfield said in a statement. "It's putting a new generation at risk for nicotine addiction." 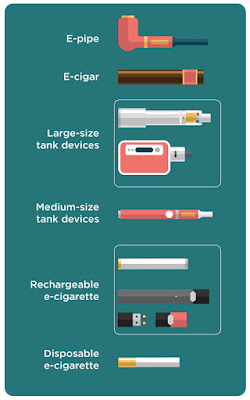 "The bottom line is this: In the data sets we use, we have never seen any substance used by America's young people rise this rapidly," Health and Human Services Secretary Alex Azar said at a December news conference.

According to the Surgeon General's office, the nicotine in e-cigarettes and regular cigarettes is addictive.

"The aerosol from e-cigarettes is not harmless. It can contain harmful and potentially harmful chemicals, including nicotine; ultrafine particles that can be inhaled deep into the lungs; flavoring such diacetyl, a chemical linked to a serious lung disease; volatile organic compounds such as benzene, which is found in car exhaust; and heavy metals, such as nickel, tin, and lead," according to the Surgeon General.

"E-cigarette use among youth and young adults is strongly linked to the use of other tobacco products, such as regular cigarettes, cigars, hookah, and smokeless tobacco," according to the Surgeon General. "Some evidence suggests that e-cigarette use is linked to alcohol use and other substance use, such as marijuana. And certain e-cigarette products can be used to deliver other drugs like marijuana."

While none of the Phoenixville School Board members disagrees with the goal of the proposed policy, to discourage the use of tobacco and e-cigtarettes on school grounds, they could not agree on the best way to achieve that goal.

Fegley told the board that the students who have been caught vaping and attended the workshop have said the best way to discourage vaping is to take away their device and to fine them.

"I'm just telling you what they said would make them stop," said Fegley.

Most board members agreed that taking away the electronic device -- Juul is the most popular -- is effective and should be part of the policy being discussed during Thursday night's workshop meeting.

"Juul has dominated the e-cigarette market since launching in 2015. It now represents about 75 percent of the market, according to Nielsen data, with much of the growth coming over the past year," according to CNBC. 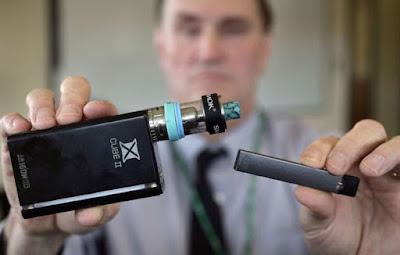 But board member Lisa Longo said the teens were merely suggesting a fine because "it's easier" than other penalties, like detention or being required to do community service. "They're laughing at us," she said.

"So we're saying if your family can buy you out of trouble, we're OK with that and if you can't afford it, come and paint a hallway," said Longo.

But School Board President Eric Daugherty and member Kevin Pattinson argued that the fine is no different than the other fines levied by the school district.

"First, life isn't equitable. There will always be those who struggle financially," said Pattinson, who chairs the policy committee that was recommending the passage of the changes.

He said "kids will laugh" at the idea of doing community service as punishment.

"I am in a building every day with high school students and what stops them is when you take the device," said Pattinson.

"Those with enough money will just go and get another one. If the fine falls on a family that can't afford it, the parent needs to sit the kid down and say 'what are you doing?'" Pattinson said.

"It's called parenting. Your kid will be mad at you, but you can't be your kids' friend.," Pattinson said.

"If a kid is going to be a repeat offender, this is the penalty," said Daugherty. "These are the consequences of those actions."

"What's next?" asked Longo. "Will we fine kids if they're late to school? Will we fine them for being in a fight?"

"We don't want to be collecting fines," said Fegley. "We want to stop the behavior."

As discussion dragged on, Soto made a motion to table the matter, thereby sending it back to the policy committee for more work, and that motion passed with a 4-3 vote.

And if you want to know what else happened at the board meeting, read the Tweets below: