Nearly 170 acres of verdant land in Robeson Township, Berks County, has been saved from the high-density development first proposed there, by the very people who hoped to profit from its development.

Further, the property, now known as Green Hills Preserve, provides crucial habitat for wildlife including the bog turtles a species considered to be critically endangered, the highest risk category assigned for wild species.

The discovery of the turtles reduced the acreage available for development, Robeson Township Manager Thomas Keim told The Reading Eagle.

In an announcement made last week on its web site, the Natural Lands Trust made known that it had acquired its first preserve in Berks County.

Now called the "Green Hills Preserve," the 168-acre parcel, between Morgantown and Gunhart roads, had been approved for "high-density development" of 670 homes called Villages of Green Hills.

But in 2009, as you may recall, the housing market was not so hot and the developer went bankrupt.

That's when Ed Ritti, Vice President and Associate Broker of Prudential Fox & Roach’s Land Development Division, had an idea for a different kind of buyer. 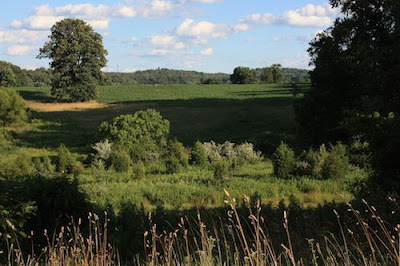 “Thanks to Ed Ritti’s out-of-the-box thinking and the support of many funders and partners, this beautiful property will be protected forever,” said Molly Morrison, president of Natural Lands Trust. “We are thrilled to now have a presence in Berks County and to add Green Hills to our network of 41 nature preserves.”

After more than two years working to piece together critical funding, Natural Lands Trust was able to purchase the property from the lender

Green Hills Preserve is situated within the Schuylkill Highlands, a region at the nexus of two landscapes that have been prioritized for protection: the Highlands (as defined by the US Congress) and the Schuylkill River watershed (a focus of much planning work by the Pennsylvania Department of Conservation and Natural Resources, the Pennsylvania Department of Environmental Protection, and the Philadelphia Water Department).

The area’s importance derives from the need for water quality protection, habitat conservation, and recreational development in a region set for considerable growth over the next 20 years. 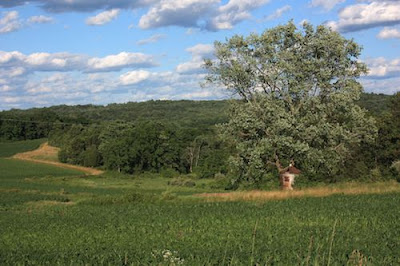 Like many of Natural Lands Trust’s other nature preserves throughout the region, Green Hills Preserve eventually will be open—free-of-charge—to visitors for passive recreation once a hiking trail system has been established and a parking area is built. Funds to construct those amenities—as well as ongoing habitat restoration and stewardship work—still need to be raised.

Nearly all of them are in the greater Delaware Valley.

So it seems that although the collapse of the housing market has had an undeniably negative effect on the country and the economy, some silver linings can be found.