The PEAK Connection Between Education and Business

John J. Brennan will be the featured speaker at the PEAK Annual Meeting tomorrow, June 6, from 11:30 a.m. to 1 p.m. at Montgomery County Community College, on College Drive in Pottstown.

Mr. Brennan is Chairman Emeritus and Senior Advisor of The Vanguard Group, Inc.

Vanguard is one of the world’s largest investment companies. Headquartered in Malvern, Pennsylvania, Vanguard comprises more than 170 separate domestic investment portfolios, with current U.S. fund assets of more than $1.5 trillion.

Mr. Brennan is a strong advocate of the importance of quality early education opportunities and serves on the Pennsylvania Early Learning Investment Commission. 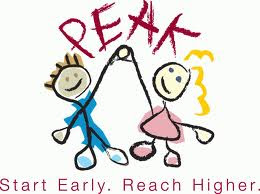 He speaks nationally on the connection between quality early education experiences and student achievement. His remarks at the Annual Meeting will focus on Building the Connection between Businesses and Early Education.

PEAK (Pottstown Early Action for Kindergarten Readiness) is a collaboration of Pottstown School District and community organizations that are working together to design and implement strategies that enable children to enter kindergarten ready to learn.

PEAK’s overarching goal is to build an infrastructure that ensures all children in Pottstown enter kindergarten ready to learn.


According to Forbes: John J. Brennan, 56, has been a director of THG since December 2010. Brennan is chairman emeritus and senior advisor of The Vanguard Group, Inc.