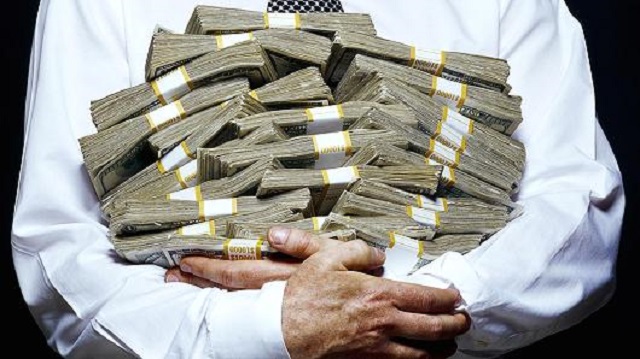 The vote in the Pennsylvania House of Representatives to pass a budget that stashes away money that could have been used to make school funding fair, had 61 no votes.
One of them was state Rep. Joe Ciresi, D-146th Dist. In the press release issued Friday by his office duplicated below, he explains why:

While seeing the inclusion of $4.8 million for local school districts as welcome progress, state Rep. Joe Ciresi voted no on the state budget Friday evening because he felt it failed to adequately use the state revenue surplus and the one-time American Rescue Plan federal funds available this fiscal year.

Despite Ciresi’s no vote, the budget passed by a vote of 140-61 and is expected to be signed soon by Gov. Tom Wolf.

“With nearly $10 billion in funding available through the state revenue surplus and the American Rescue Plan, I truly believed we had an unprecedented opportunity to do so much good for Pennsylvanians through this budget,” said Ciresi. “We could have prioritized fair funding for education, infrastructure and school remediation, small business relief, property tax relief and investment in job creation, all of which I’ve been advocating and fighting for as our commonwealth continues to climb out of the COVID-19 pandemic."

He said “this budget, unfortunately, delivers basically none of that by hoarding money intended by the federal government to be used for recovery and stimulus. Nothing gets stimulated, not a single job will be created, and not a single infrastructure project will be helped by packing the money away for a so-called rainy day. If a global pandemic that devastated our economy and changed our entire way of life isn’t stormy, I don’t know what is.”

Ciresi, though, said he is happy with parts of the budget, most notably the increases in funding that were included – especially the inclusion of $100 million in “Level Up” funding.

“This was a response to our continued advocacy alongside stakeholders and the community for fair funding and the commonwealth funding its share of education,” Ciresi said. “In addition to the $3.1 million in state funding and $1.7 million in federal funding for school districts in the 146th Legislative District, we also see significant federal funding for the Western Montgomery Career and Technology Center, the Pottstown Regional Public Library and the Montgomery County Intermediate Unit.”

Ciresi had advocated for a plan to fully implement the fair funding formula alongside increases in state funding, which would have yielded almost $20 million in recurring state funds to the 146th Legislative District, compared to over $3 million that was in the state budget when excluding one-time federal funds.

The breakdown of funding for local institutions in the passed budget is as follows:
“I appreciate the difficulty – or the impossibility – in pleasing everyone with the state budget, but I really feel there were too many missed opportunities in this spending plan, including zero new dollars for small business assistance,” Ciresi said.
“We balked on a chance to close the opportunity and funding gaps for school districts in economically disadvantaged communities, such as Pottstown. The increase in basic, special and early education funding is an improvement, but we could have done so much more. I support adding money to the Rainy Day Fund, but our priority right now should be addressing the many pressing needs of our communities," Ciresi said.

“We should have done better. Just know that I will continue working tirelessly for students, for infrastructure and transit, for health care and reduced property tax burdens. The fight continues.”
Posted by Evan Brandt at 12:00 AM