OJR Speaks Out on Teacher's Arrest for Sex Abuse


Blogger's Note: An earlier version of this post inaccurately quoted Erin Marcellus. The quote has been removed. I apologize for the error.

"Heartbreak," "disappointed," "disturbing" and "shame" were among the adjectives used Monday night by those discussing the arrest of a longtime Owen J. Roberts High School teacher on charges of sexual assault -- a behavior many said the administration had been warned about, and ignored,  multiple times in recent years.
The comments came during an online Owen J. Roberts School Board meting attended, digitally, by nearly 200 people.

The trigger for the comments was the May 7 arrest by state police of Stephen E.  Raught, 53, who, among other duties, was the longtime advisor to the student government at the high school, as well as the president Roberts Education Association teachers union.

The charges came after a 17-year-old female student, told police in March that Raught had taken her to his classroom when she had stopped by the school to pick up a textbook. Inside, he began kissing and fondling her, then engaged in oral sex with her through her clothing as she sat on a countertop.

After news of the arrest spread through the community, 43 former students who had served on the school's student government over the years crafted a May 10 letter to the school board taking the district to task for ignoring earlier warnings and complaints about Raught's behavior and calling for definitive steps to better protect students.

As of Monday, more than 880 people in the community had added their signature to the letter, according to alum Molly Graham, who was permitted to read the entire letter into the record at Monday's school board meeting.

But before she read the letter, Graham addressed the May 11 letter to the community issued by Superintendent Susan Lloyd which began with the sentence "I think I can speak for us all when I say that we are shocked by the grave recent developments in our district. "

"There are many women in this community you cannot speak for," said Graham, "because we were not shocked." Graham said inappropriate behavior by Raught "has existed for many years" and was reported several times to various administrators.

His arrest "has exposed how the administration dismissed" the students and teachers who filed those complaints about Raught, said Graham, adding it had also exposed "how you failed them."

"Even though we may never know the full scope of this individual’s inappropriate actions towards students over the years, we already know that this faculty member’s unprofessional behavior was no secret in our community," read part of the letter.

Reaction to the arrest among former students "have many of us thinking about whether this could have been prevented. Was a pattern of misbehavior ignored? Should we have spoken up?" the letter's authors wrote.

"The truth is that students did speak up. This teacher’s inappropriate actions were reported and dismissed time and again," the letter read. "In one instance, a student said, “I reported it to admin and was told ‘you took that the wrong way.'"

"This is personal for so many people," said East Nantmeal resident Aubrey Stuber, who is one of the 43 authors of the letter.

"I have now personally heard more stories in a week than I would ever want to hear in a lifetime," said Stuber, adding that the stories of abuse and inappropriate behavior have entered her dreams and become nightmares.

"What will really move us to a better place is to have the heart to realize what these people went through," Stuber said. 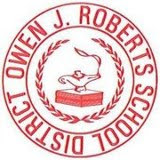 Tina Grant said one former teacher who tried to report Raught, Jody McMahon, was instead subjected to questions about her mental stability and ultimately fired for an accusation similar to the one she made about Raught.

McMahon has waited two years for a hearing on her dismissal to be concluded and in the meantime "has been ruined financially," Grant said.

Katie O'Donnell, a 1999 OJR graduate, who said she is a survivor of sexual abuse by an adult, said "you had a whistleblower two years ago on staff, who was then accused herself?"

She added, "what concerns me most is the president of the union was the one she was accusing" and nothing happened and "apparently things have been rampant since then."

"I am extremely disappointed in the educators in this district," said Warwick resident Kristin Evans. "You are all mandated reporters and there are policies in place you are supposed to follow."

The arrest has also sparked a wider discussion about sexual abuse in Owen J. Roberts and what is being done to prevent it, and deal with it.

East Vincent resident Andrea Manavol, who has three children in the district and said she is a survivor of sexual assault by a peer, "many years ago," said "many women who come forward are not listened to."

"Since my son's freshman year, three teachers have been arrested for something like this," she said. "That's disturbing."

Jennifer Wunderlich of East Coventry asked "how can students who plead guilty in court to sexual assault can still be allowed to continue in the sale extra curricular activity with their victim?"

West Vincent resident Beth McDonnell is the parent of two younger children and said her eighth grader told her he had never had an education about sexual assault.

"I'm starting to wonder about this school district I was so excited to send my children to," she said.

Whether or not the district has the right policies, and curriculum, in place to protect students from sexual assault is one of the things the board has directed the administration to take a long look at, said School Board President Karel Minor.

He said because the matter is still a criminal investigation, the board members "can't speak as freely as we might like to," but added "we are looking to take action."

That action, he said, will begin with a special policy meeting in June to gather all "safety reporting and communications policies" together for a review. The board has asked its solicitor to conduct a review and also to look for an outside auditor to do the same -- all actions the letter from the alumni asked the board to take.

Minor said the review might not happen as quickly as some might like, but urged the community to "hold us accountable. This has had me doing a lot of soul searching. We could have done better."

Board member Jennifer Munson warned that a thorough review may last "beyond the start of school."

"My heart breaks a little bit when I hear the experience folks have had. We have to understand what a safe space looks like," said board member Paul Friel. "We have to get everyone in the whole community, all the stakeholders, look each other in the eye and ask ourselves are we doing everything we could be doing?"

"I am exquisitely disappointed in those I have relied upon to do their duty," said board member Melissa Booth. "Thoroughly disappointed."

Responding to a comment about the expressions of officials on the screen, Lloyd said "the sense of shame we feel could be what people see on my face, shame that despite everything we do, this is still happening."

Sexual assault on students "tarnishes our reputation every time it happens and every teacher feels it," Lloyd said.
Posted by Evan Brandt at 12:00 AM