The winter storms have passed (hopefully), the Canadian Geese are returning and Pennsylvania's mud season has begun, all of which means it's time to start thinking about July 4th fireworks.

In an effort to get the ball rolling before the snow has all even melted, GoFourth organizers have 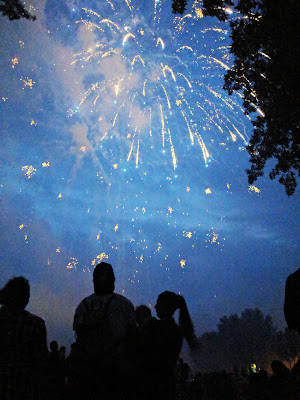 already set out a series of fundraising events from now into June.

The first will allow you to knock back a few pins in a good cause.

• A GoFourth Bowling and Basket Raffle Fundraiser will be held on Saturday, March 23 from 1 to 3 p.m. at Jay Lanes at 1428 Ben Franklin Highway in Douglassville.

A payment of $15 gets you a game and/or $20 gets you bowling and laser tag (shoe rentals included.)

Tickets can be purchased in advance by clicking here.

• A Fundraising Kick-Off Happy Hour will be held Thursday, April 4 from 5 to 7 p.m. at the Steel River Playhouse on High Street.

A suggested donation of $10 gets you local lite fare, a basket raffle, cash bar and a slideshow presentation from last year's GoFourth festival.

• And on three Sundays, the Redner's supermarkets in Douglassville and the North End will host Merchandise Sales and Duck Ticket Sales Dates. They are: 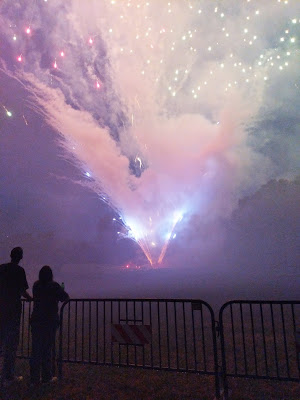 Of course, if your pockets are a little deeper and you would like to play a larger role in helping fund the event, sponsorships are available.

Two lucky sponsors can make a tax-deductible donation of $10,000 and become fireworks sponsors.

Fundraising actually began last year with the Historic Pottstown Holiday House Tour, which this year will be held on Dec. 8.

The group has also continued and expanded another July 4th tradition, the Pottstown GoFourth Royal Court.