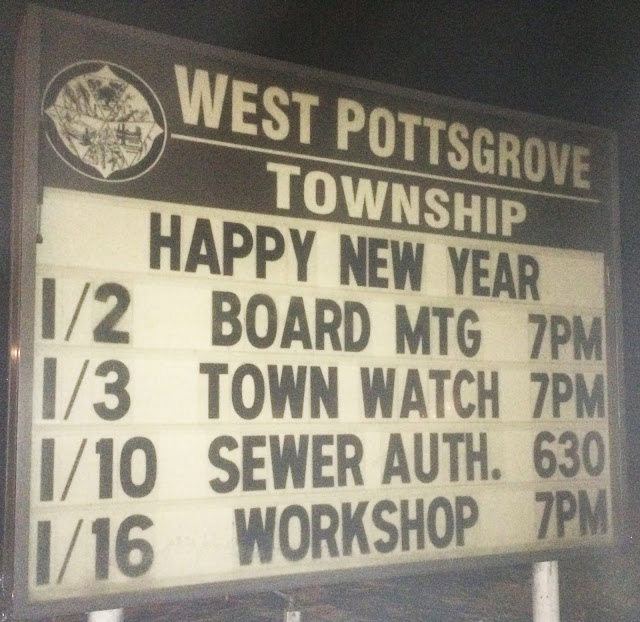 It's the middle of winter, so obviously, it's time to talk about the township's swimming pool.

As the township commissioners met for the first time in 2019, Commissioners Chairman Steve Miller announced it's time for some kind of resolution regarding the township's pool.

It's been three years since the pool was open for a full season. Previous attempts to hire an outside agency or company to run the pool, located on Anthony Wayne Drive, have resulted either in the pool being closed halfway through the season, or the pool not opening at all.

"We can't have it just sitting there, or we're going to have mechanical problems eventually," Miller said.

He appointed Commissioners Pete LaRosa and Mark Green to head up a committee to make a final determination on the facility, formerly the private Colonial Pool, which the township purchased in 2010 after the club could not pay its property tax bill.

"I agree 100 percent," said LaRosa, who has championed the pool's cause since the township bought it and brought in at least one vendor who operated it for half a season.

"We've got to find someone to open it, or do something else with it," LaRosa said.

Miller said an invitation for the public to offer suggestions should be posted on the township's website.

Commissioner Charles Valentine said perhaps the Pottstown Area Health and Wellness Foundation should be approached about playing a role as well.

Operated since 1968 as a private, nonprofit community pool, the Colonial fell behind on its tax payments and finally fell victim to a combination of age, a slow economy and more homes with their own pools in their backyards.

The township also put as least $250,000 into refurbishing the pool facility by the time it re-opened in August, 2011.


In other township business, the commissioners made a number of appointments, including Jamie Ottaviano of Yergey,m Daylor, Allebach, Scheffey and Picardi as its new solicitor, replacing Charles Bresnan, who had served in the post since 2016.

No reason was given for the change.

One thing that remained the same is the township manager, Craig Lloyd, who was given a new two-year contract by a unanimous vote last night.

There is no pay increase in the contract's terms. Lloyd, who said he is a township resident and wants to keep costs down, will continue to be paid $97,000 a year.

And with that, here are the Tweets from last night's 25-minute meeting.