Route 100 to be Closed Again This Weekend

For those of you who missed the fun and convenience of having all lanes of Route 100 between Upland Square and Shoemaker roads closed last weekend, it looks like you're going to get a second chance.

During Tuesday night's borough council meeting, Borough Manager Justin Keller said he had been contacted by PennDOT the day before and informed all the work on the Colebrookdale Railroad track crossing of Route 100 was not completed over the weekend while the road was closed.

Keller said once again, traffic in both directions will be detoured from Route 100 along King Street, Manatawny Street and State Street, "just like last weekend." 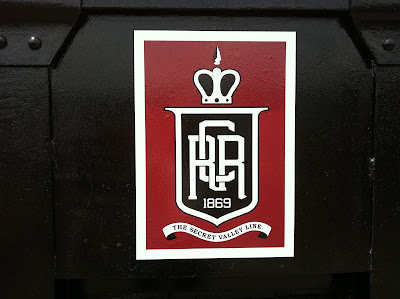 He said his office received no complaints from Pottstown residents about the increased traffic in the borough and neither did Councilman Donald Lebedynsky, who represents the Third Ward through which most of the detoured traffic traveled.

Keller said he was told that PennDOT wants to replace the Colebrookdale's rails with "weldless rails," meaning there would be no seam anywhere the rail crosses Route 100, but they would instead be a single pieces of metal.

As a result, the rails would better withstand the constant impact of the heavy traffic that travels Route 100 through Pottstown. Keller said.

The closure will begin, as it did last weekend, at 9 p.m. Friday and last through Monday morning.

And if you were hoping to drive on Industrial Highway this week, don't. Keller said it will be closed through Friday to complete work where the newly installed Schuylkill River Trail segment crosses the Norfolk Southern Railroad tracks near the intersection with South Washington Street.

In nearly as upsetting news, council unanimously and nearly without comment voted unanimously to advertise the budget for 2019, which now stands at $49,143,543, along with a millage rate of 12.869, down from the proposed millage of 12.679.

Keller said some savings had been identified in using a different health insurance, bringing the proposed tax hike down from 12 percent to 11 percent. Council President Dan Weand said the staff is still looking for ways to lower the tax hike, including challenging some lowered assessments as being too low.

As a result of council's vote, the tax rate can continue to be lowered before final adoption in December, but cannot be raised.

Council also voted unanimously to renew the ordinance authorizing the Pottstown Downtown Improvement District Authority for one year. Previous it has re-authorized it for four years. No explanation was offered for the shorter term.

Council also appointed Steve Everett and Jennifer Keller Ryan to the PDIDA board of directors.

While there was little discussion about the budget, there was quite a bit about a proposal to build a parking lot in the rear yard of 728 High St.

Planning Commission Member Andrew Monastra opposed the project and asked council to vote against it, even though it meets all of the borough's land development ordinances.

Attorney Robert Brant, representing the developer, said his client had spent $10,000 to $12,000 to come up with a plan that had less of an impact, but he said the result makes the parking lot unsafe.

The current parking lot "is a disaster," said Brant, who said it will be expanded from 13 to 36 spaces.

And with that, here are the Tweets from the meeting, Tweets replete with typos ....