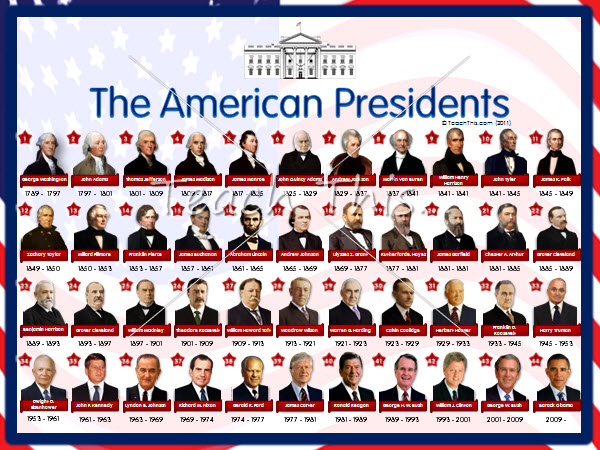 Today is the day that some of us get to stay home from work or school because -- presidents.

Given the impracticality of giving people the day off for both George Washington's birthday and Abraham Lincoln's birthday, the holiday bureau, or whomever makes these decisions, combined them into a single "President's Day" holiday.

To be honest, I don't think too many of us sit around pondering past presidents all day. No doubt we're too busy resisting the urge to take advantage of the great sale prices at our local Buick dealership.

But it is worth a ponder, especially when the question of who will be the next president looms so large on our consciousness.

It seems reasonable on President's Day to look at the question of the next president within the framework of past presidents, good and bad.

Who were the best presidents? Why are they favored and what characteristics did 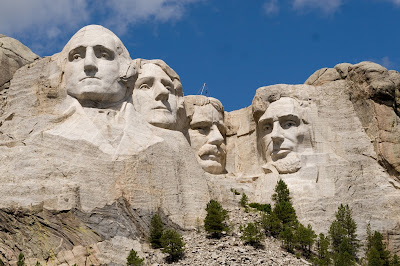 they have that we would like to see in the next president?

Wilson's idealism, the dichotomy of an unwavering belief in world peace contained within the frame of an unapologetic racist?

Is it Kennedy's particular blend of inspiration, pragmatism and a history scrubbed clean by tragedy?

Although they all brought unique qualities to the office, so much of what it means to be president can be found among the first few.

Consider that the "father of the Constitution," James Madison, conceived of the presidency mostly as a kind of clerkship, carrying out the wishes of the legislature, which he, veteran of many state legislatures that he was, considered to be the supreme representation of the will of the people.

But almost from the beginning, the chief executive's post captured the imagination of the electorate and the post, for better or worse, has come to epitomize the America of each president's time.

Ray Raphael convincingly argues in his book "Founding Myths" that this should not be so. 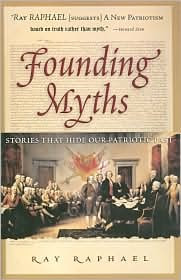 American history is so much more than a list of presidents, he writes.

The United States came about, Raphael says, not just because of the actions of great men, but, more importantly, by the collected actions of thousands of unnamed patriots.

Raphael writes that those leaders whose names now echo through the history books, sometimes falsely, were merely following the trends of history and the will of a people bent of self-governing; and that the study of American history these days suffers from a kind of "presidential chic."

He is essentially right, but its hard to write a history of everybody.

Regardless of the arguments to the contrary presidents have, from the beginning, symbolized their times and the nation they led, for better or worse.

And when it comes to making the most of symbolism, few compare to our first president.

George Washington may not have been the most lettered of the founders, but his 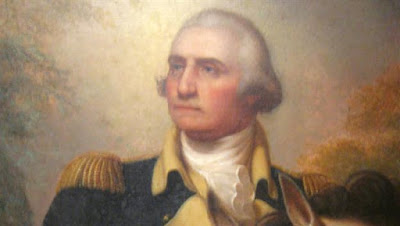 desire to be considered a gentleman fed a deeper understanding of symbolism, and of appearances than perhaps his more well-read patriots could appreciate.

Ben Franklin once quipped that left to their own devices a roomful of men would inevitably elect the tallest of them as their leader.

This was certainly true of Washington.

But luckily for us, this was his particular genius and he more than any other understood that everything he did would be precedent-setting -- everything from policy to protocol.

Few people held in awe by their contemporaries felt the weight of that responsibility more keenly and, as a result, considered every action a careful balance between preserving the prestige he required to lead the country, and what was best for that country in the long-term.

Consider that when Washington set out to visit every state, he was would usually 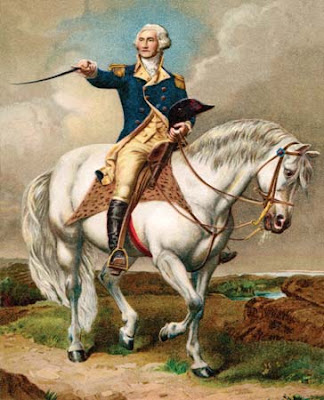 stop a mile or so outside of every town, climb out of his carriage and up onto his white charger and ride in ahead of his baggage train, the way the people would expect a military hero to do.

Today, that action might be seen as craven. But at the time, it was necessary to cement a disparate and far-flung people into having some kind of national identity.

As Madison said: "The Presidency alone unites the conjectures of the public."
But Americans tire of heroes and by the time he walked away from power -- making him the "greatest man in the world," according to King George III, his former enemy -- he was being pilloried on the highly partisan press of the day, much like any other politician.

If Washington was the example of everything we say we want in a president, his successor was the opposite. 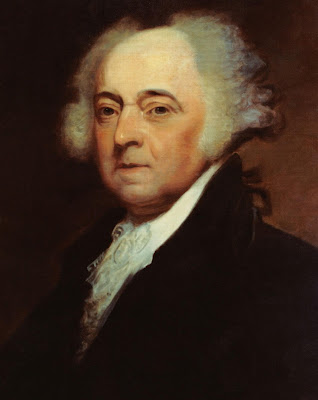 he wrongly believed that keeping all Washington's people in his cabinet -- a cabinet filled with political opposites held together almost entirely by the power of Washington's prestige -- was the right way to go.

Bad decision. Their loyalty was to Washington and Adams, a prickly patriot not well-suited to inspiring comrades to personal loyalty, was not well served by the decision.

Ever the paradox, the steadfast patriot who took on airs, Adams oversaw perhaps the worst and best actions a president has ever taken.

He allowed himself to be talked into signing the alien and sedition act, jailing those who wrote ill of the government; a more anti-American law it would be hard to imagine.

But while he was manipulated at home by his own party, and a temperament ill-suited to the constant criticism inherent in the office, he refused to be manipulated by the conniving French.

For the good of the country, he fulfilled the wishes of his political enemies -- Thomas Jefferson and James Madison -- and kept the nation out of war with France, something the self-confirmed Anglohile considered to be the greatest achievement of his one-term presidency. 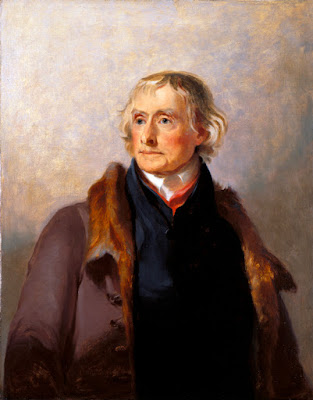 Jefferson, whose flair for the dramatic was at its best when he held his pen, declared his too-close-to-call election to the office to nevertheless by a "second revolution" -- conveniently papering over the fact that it was brought about by another irony of American history.

His political enemy Alexander Hamilton maneuvered to provide Jefferson the votes he needed in the House of Representatives to break the electoral tie because Hamilton would rather have the country in the hands of an honorable man with whom he fervently disagreed, than a candidate from his own state he considered to be unscrupulous.

But it was Jefferson's successor, and legislative right hand, who was the first truly modern president.

By the time Madison took office, political parties or "factions" as the politicians of the day called them, had taken firm hold of the American political system, never to be dislodged. 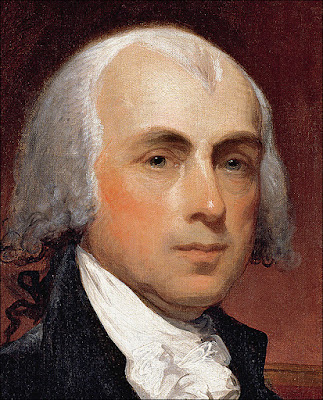 Although he was among those who had warned of their dangers, Madison was also the political realist best-suited to roll up his sleeves and get dirty to get things done -- some at the time said all too willingly.

Years of making deals in the trenches of the Virginia Legislature and in the House of Representatives and Senate had prepared Madison for the inescapable facts of American politics, that compromise is necessary to get things done.

He was willing enough to do it, to risk his reputation both to history and his own "faction," for the good of the country.

History has been kind of Madison, and rightly so. But compromise, his signature skill as a founder, has lately fallen on hard times.

Public education undermined, our history re-written, compromise is now viewed not as the result of reasonable accommodation among reasonable people, but a weakness that shames the nation, particularly by some of those now running for the presidency.

There is a fine line to be walked in leading such a large, powerful and diverse country.

Absolutism is not leadership, and compromise is not weakness, it is a necessity.

Let's all hope we can elect a president who recognizes this.
Posted by Evan Brandt at 12:00 AM