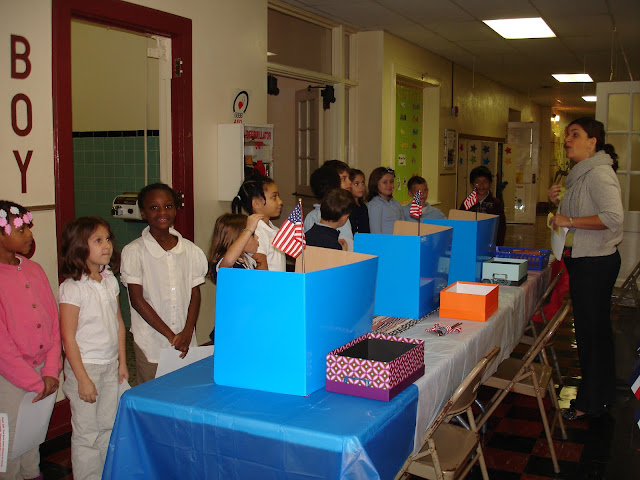 The students at Lincoln Elementary School learned valuable lessons about democracy in our country by studying the electoral process and participating in a school-wide mock election for the presidency of the United States.

Second graders were particularly excited in the days leading up to the election. Lessons in class gave students an understanding of the political parties, conventions, debates, campaigns, and electoral votes.

Each class signed up for a time to vote. Students were issued voter registration cards and as the classes approached the voting booth they were greeted by second graders who served as poll workers. 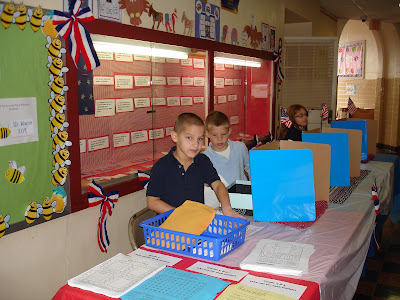 Students were given ballot sheets to cast their vote and expressed a great deal of excitement to vote for their favorite candidates.

“This experience involved learning across the curriculum for Lincoln second graders, providing a look at ‘election vocabulary,’ writing experiences, problem solving, and an overview of our American government," said Lincoln Principal Treena Ferguson. "It gave them a meaningful and relevant connection to an important event in our country and left a lasting impression on becoming a responsible citizen.”

The results of the election saw Barack Obama the winner, by a landslide, earning all 50 of the school’s electoral votes and a popular vote margin of 263-47.

(Blogger's Joke: I will leave to you gentle reader to ponder the irony of Gov. Romney's "47" votes.)

“The entire school benefited from the activity because it was relevant to what was happening in our nation, it provided an opportunity for teachers to discuss the political process, and students were able to see how a group of citizens come together in a peaceful way to exercise their right to vote; something they will do one day as an adult.”
Posted by Evan Brandt at 4:01 AM