A Stealth Attack on Parks?

It is a function of the way our super-efficient state government works that nothing happens for long periods of time in the General Assembly, and then everything happens at once.

Sometimes, it can take months to sort through the carnage and find out what actually got passed.

This is one of those times. 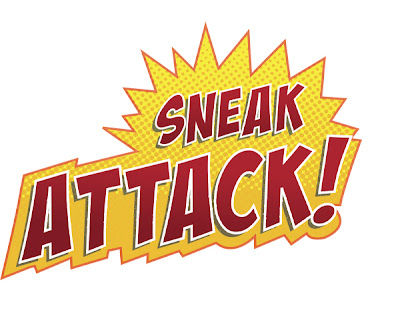 Apparently, in the House of Representatives, House Bill 2224 was approved and contains language that has alarmed the parks and preservation contingent of Pennsylvania's political body as well as the hunting and shooting contingent.

And now, action could come in the Senate as soon as Monday which could make the concerns moot and put these changes into law.

According to PennFuture, "HB 2224 destroys the Donated or Dedicated Property Act, removes court oversight of the sale of public parks, and opens the door to their sale for short-term gain or political purposes."

House Bill 2224 is now in the Senate Appropriations Committee chaired by Sen. Jake Corman, R-Centre. The legislation repeals longstanding rules that protect our parks and other green spaces.

This is how the issue was described on trapshooters.com:


The (existing) law makes it hard for local politicians or short term elected commissioners to sell off our public property (land/trails etc.) It is not impossible to sell public land, it is restricted and hard to sell it - as it should be, in my opinion.

The pending legislation HB2224 and senate version, removes the restrictions and even removes the court system from the selling and review process. This encourages local politicians to sell our land and parks to developers for cash and quick development.

Local politicians can get cash for their town and solve short term budget problems by selling off our parks, and land. If passed, this will encourage builders and developers to hover around our politicians and make offers to buy available or UN-Available publicly owned land.

Once the land, or parks, or trails are sold and the condo's are built or offices are up, this is irreversible.

Is there a worse abuse of the "Public Trust" than to sell off our public parks, trails and land for cash for short term political purposes?

To us shooters, residents, conservationists and sportsman, this is bad.

More importantly, many gun clubs are boardered by public land, or they shoot nearby public land, trails, or parks. If these areas are sold, this may force many clubs right out of business; they'll lose their buffer zones.

Conservationists are no less upset.

"The bill, if enacted, would do tremendous harm: threatening the integrity of many parks, greenways and agricultural conservation easements; discouraging landowners from helping to create new parks and protecting productive farmland; and promoting litigation and further legislative amendments," reads a portion of a petition sent to the state Senate urging that body not to take up the bill from their peers in the lower house.


"We support the removal of undue barriers to local governments being able to dispose of purchased and condemned properties that don’t serve a public purpose and where people have not relied on the existence of parkland and other protected open space in their selection of where to live and work," the petition says.

"Local governments already have the means to dispose of such properties under the Donated or Dedicated Property Act. Unfortunately, rather than fine-tuning this long-standing statute, HB 2224 takes a sledge hammer to the Donated or Dedicated Property Act, the result being far reaching harm to parks and open space. Parks and conservation organizations were not engaged in the development of the proposed legislative amendment, nor were they informed of its movement through the General Assembly. Upon our discovery of the bill, the Association commissioned a legal analysis to understand the bill.

Problems with the bill, according to the petition, include the following:
• Lack of clarity in the bill would encourage litigation over basic matters.
• The bill would remove court oversight of the sale of public parks and open space, which allows the disposition of such matters to be governed by reason and the particular facts of each case. The proposed amendment would leave the fate of longstanding parks—which the public assumes to be
permanent—to be governed by political whims.
• The bill’s extremely narrow construction of “public use” would allow many properties providing substantial public benefits to be subject to quick sale.
• The bill violates the good will of landowners who in the past donated property interests for a dollar or otherwise conveyed property to a local government with assurances that the land would be used for a public purpose. The bill would encourage municipalities to break faith with these landowners.
• Generous people who might otherwise sell their land at a bargain price to help a good cause – a new park – would be shown that government is not to be trusted with such gifts.
• The protections provided to productive farms provided by agricultural conservation easements will be compromised.
• All of the property interests that have come into the public domain informally by appropriation to public use will no longer have clear legal title vested in the political subdivision.
• The bill will replace an orderly judicial process that aims for balance with chaos. The bill fosters a “sell and be sued” environment. Municipalities will be freed to act quickly to raise “easy” cash but will be subject to litigation from any number of quarters over any number of issues.

The Delaware Riverkeeper organization added its support for the petition on Friday.

“When people entrust their lands, or their tax dollars for the purchase of lands, to their governments they do so with the full expectation that their elected officials will honor the promise of protection made. Allowing governments to cast aside these commitments of protection for short-term financial or political gain is simply unconscionable and dishonest. This bill puts well-loved public land at risk of being sold for quick and easy cash,” said Maya van Rossum, the Delaware Riverkeeper. “It tosses out longstanding rules that ensure government cannot sell parks and other greenspaces if the lands provide a public benefit. And it will make communities and landowners think long and hard before entrusting their governments with gifts of property or open space funds in the future.”